Let’s note the trend, and update potential targets that could come into play this week or beyond. 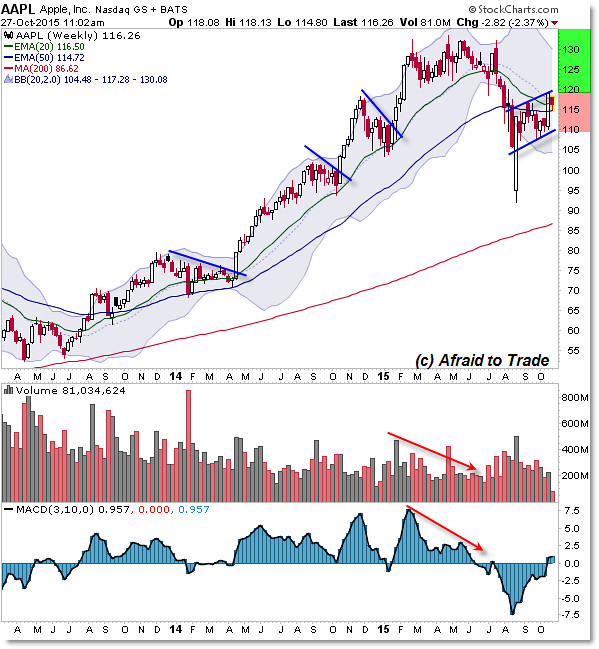 Apple (NASDAQ:AAPL) shares enjoyed a strong and persistent uptrend since the mid-2013 reversal low (near $55.00).

From there, volume and momentum strengthened as the trend stretched price above $130.00 per share.

However, negative divergences undercut the uptrend and price reversed, collapsing toward $90.00.

From there, price stabilized into a trading range (see Daily Chart) which gives us our current trading plan.

If price remains above the 20 week EMA, it would be a bullish sign that could open a price pathway higher toward $130.00 per share again.

Otherwise, a breakdown instantly under the 50 week EMA level near $115.00 suggests a fall toward the lower rising trendline near $110.00 per share.

Right now, we’re awaiting to trade a breakout from these levels – and earnings could be that catalyst.

Here’s the Daily Chart trading range and key levels on which to focus: 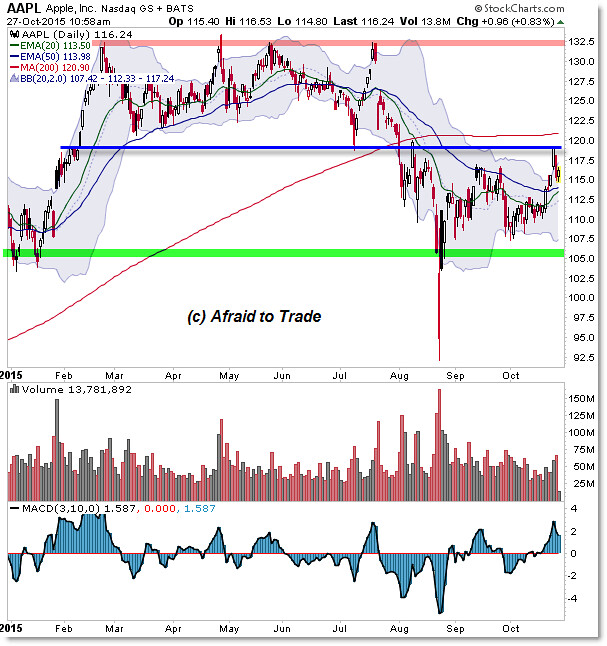 However, we do note resistance and a fall (yesterday) from the $119.00 level, making us neutral here.

However, a bullish breakout catalyst could set the stage for an eventual rally toward the $132.50 level.

For now, remain neutral and alert for a potential future breakout from these range neutrality levels.