Chipotle (NYSE:CMG) reminds us exactly why WE DO NOT fight or fade a trend in motion. 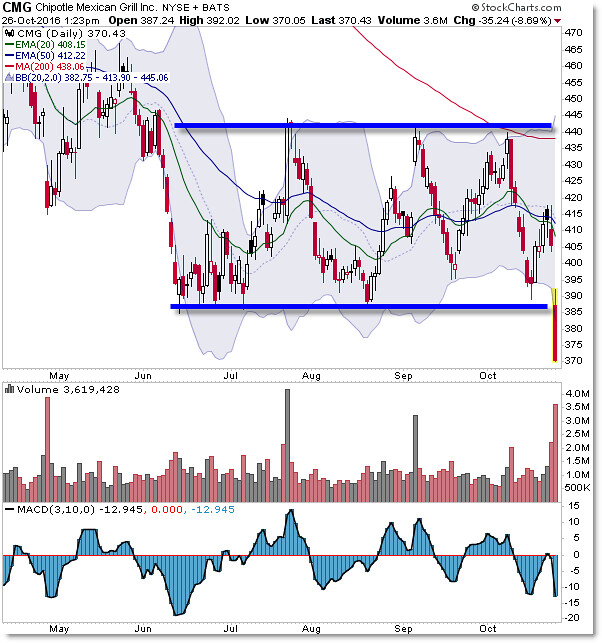 After market close Tuesday, Chipotle (CMG) reported earnings of $0.79 per share which was half of the Wall Street consensus estimate of $1.62 per share.

Not surprisingly, shares collapsed and broke through a Rectangle Support trendline with a 10% sell-off today.

Though it seemed possible Chipotle shares had found a bottom and were preparing to reverse bullishly, clearly that is not the case with today’s price action.

In fact, the new low was confirmed by higher volume and reaffirms the higher timeframe DOWNTREND: 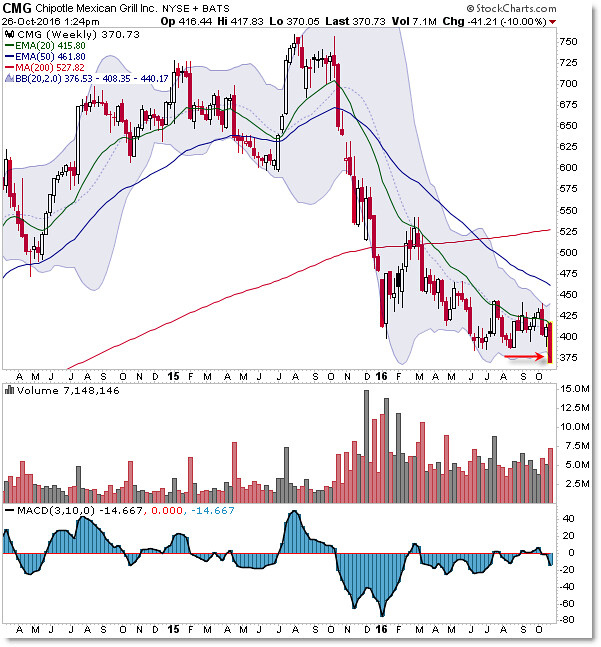 One of the top rules we have here at Afraid to Trade is that WE DO NOT fight/fade a trend in motion.

Chipotle’s trend was clearly down/weak and – tempting as it was by the positive divergence – shares simply broke to new multi-year lows as the higher timeframe downtrend continued.

Share prices have declined 50% from the 2015 high ahead of the e-coli news and fall-out.

Continue studying this stock as a shining example of trend continuity and the concept that “weak stocks tend to get weaker, not stronger.”