Again, anything said here should be viewed in the context of broader consolidations. Leading off is the consolidation breakout in the Russell 2000 (NYSEARCA:IWM).

I did have concerns the ‘bear trap’ was about to fail but today’s move has helped reduced the risk of this happening. There were some struggles as it reached its 200-day MA but this did at least postpone (indefinitely?) the chance of the ‘bear trap’ failing. 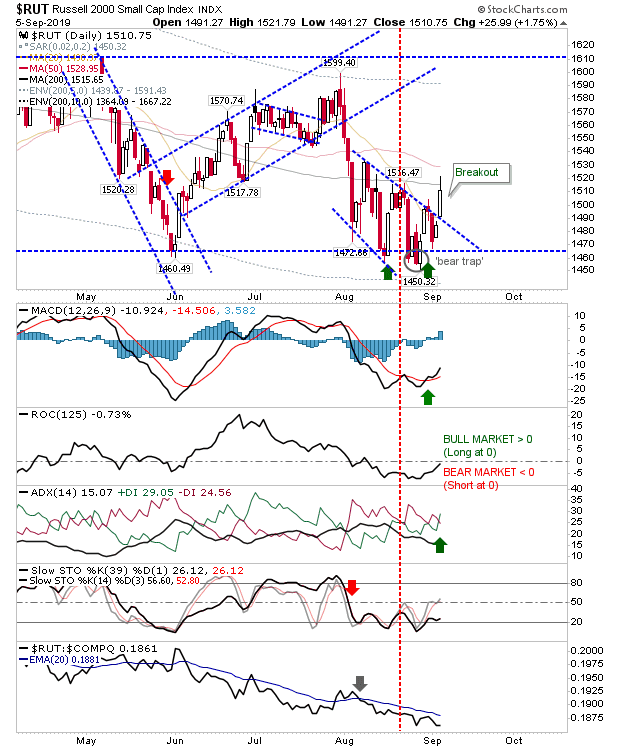 The next best performer was the Semiconductor Index as it gapped out of its ascending triangle and approached resistacnce. Technicals are net bullish, which gives an edge for a possible break of 1,590s. 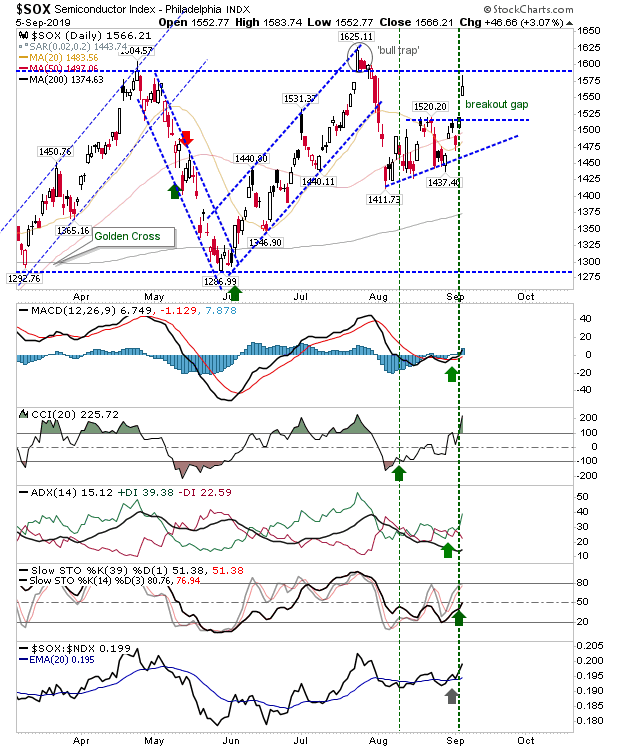 Other indices finished positive with gap breakouts, negating earlier ‘bear traps’ for the S&P(NYSEARCA:SPY) and Nasdaq(NYSEARCA:QQQ).  In the case of the S&P indicators finished net bullish 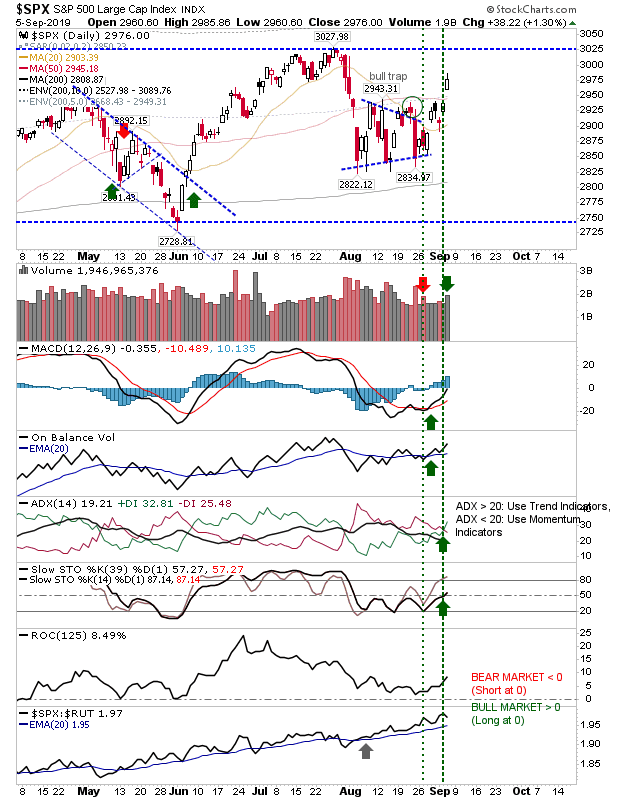 And just fell shy for the Nasdaq 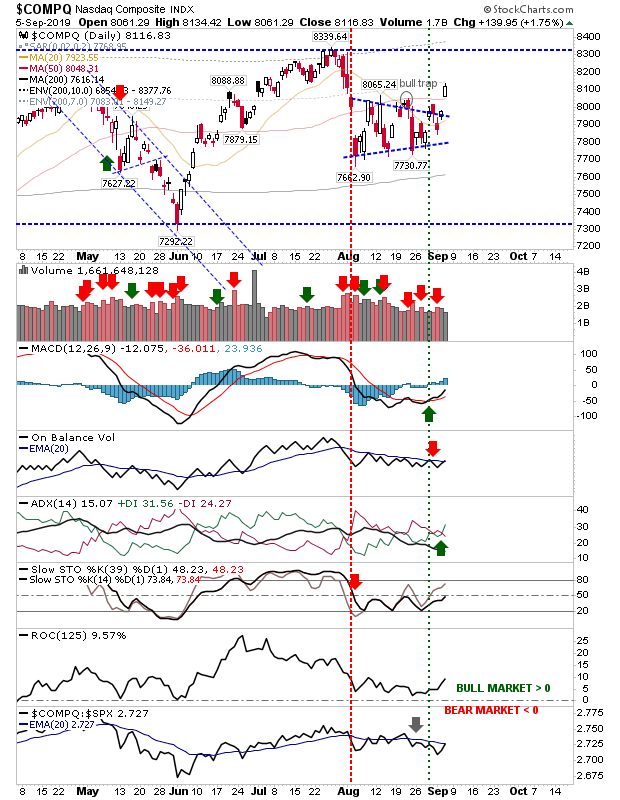 The Dow Jones Industrial Average(NYSEARCA:DIA), like the S&P, finished net bullish on higher volume accumulation. The index gapped above its 50-day MA, leaving July highs as the next target. 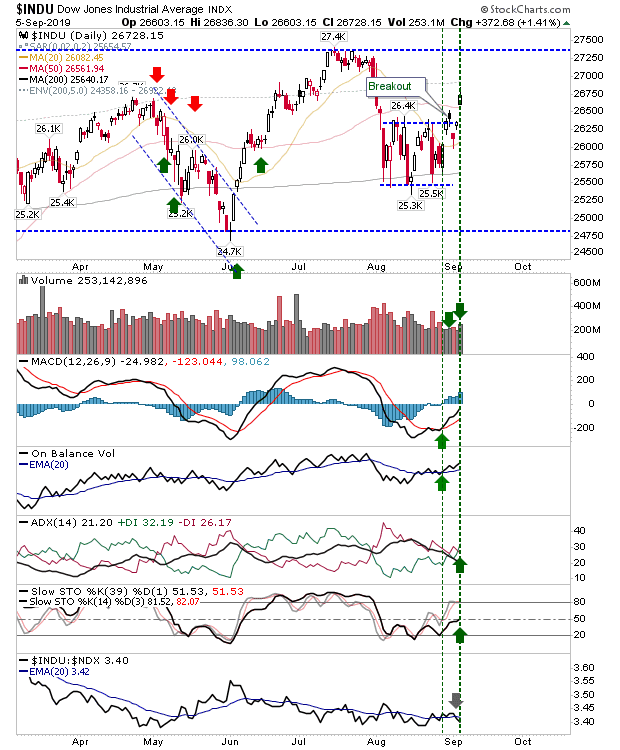 While today’s action was positive, there is still plenty of work to do before indices can have said to have resumed their secular rallies.