It’s exciting times for our subscribers as some of our top featured companies are breaking out higher leading the indices both on the US and Canadian side.

The GDXJ(NYSEARCA:GDXJ) is breaking above the 200 DMA and the TSX Venture index which tracks small cap junior miners may be on the verge of a big breakout. Some of our high quality gold juniors are beginning to move parabolic.  So I am quite content that we were patient and held onto our positions especially in precious metals and energy(NYSEARCA:XLE) that are now breaking out of classic technical patterns that could lead to outsized parabolic moves.

1)First off one of our new holdings and sponsors which I featured last week has broken out higher on huge volume.  It is an exciting emerging gold producer right here in the US who is constructing a new gold (NYSEARCA:GLD)mine which I believe has tons of upside potential.  They are drilling away.  If they make a high grade hit this season I believe they will be a takeout target as there are very few gold mines that can produce below $700 per ounce of gold. 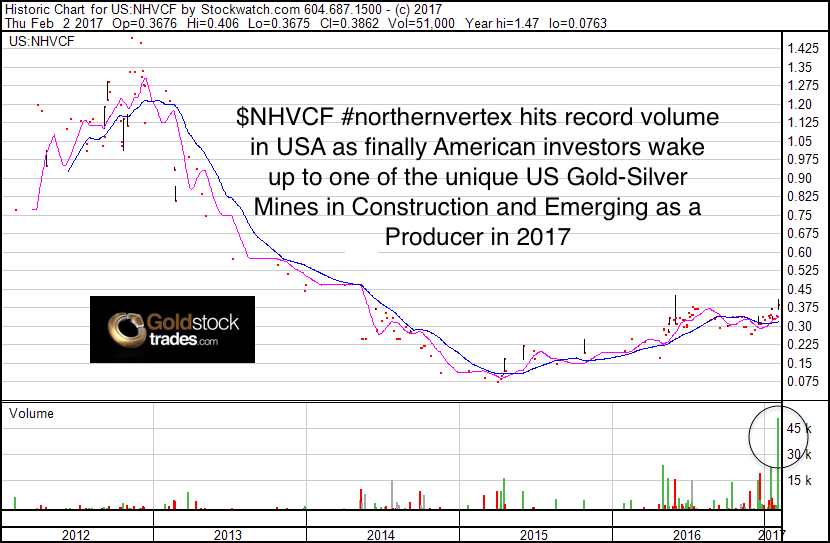 2)I have been highlighting a near term lithium and cobalt producer for weeks now and highlighting a potential breakout for this company.  The one thing many investors were waiting on is management.  This recently changed over the past few weeks as they announced the appointment of the head of Research of giant lithium producer SQM to its advisory board and a known mine builder, the former CEO of True Gold who brought the company to become fully financed and permitted to construct a gold mine.  Now that they got these two additions I believe the company will be quickly rerated higher and breakout.

3)For months now I featured a small Canadian company with big time scientists and entrepreneurs working on nanostructured materials for batteries which could drive down costs for lithium-ion battery makers.  This is a huge $2 billion plus market that ranges from consumer electronics, electric vehicles and power storage.  The company is filing new patents and advancing the pilot plant.  Once it is completed it may gain further recognition especially from Asian battery makers.  The stock is currently breaking out of a cup and handle.

4)Last few months I have highlighted a small oil company with top notch shareholders.  They recently raised a bunch of money and appear to have attracted even bigger names to the company according to some online websites.  Its a growing company that has increased production over 180% this year from 2015.  This year could even be bigger and greater especially if oil(NYSEARCA:USO) prices stabilize and move higher.  The stock has also recently made a huge breakout on great volume from a classic cup and handle.