The recent upswing and breakout has been persistently strong, but is it overdone?

Let’s chart the breakout and step inside the price action: 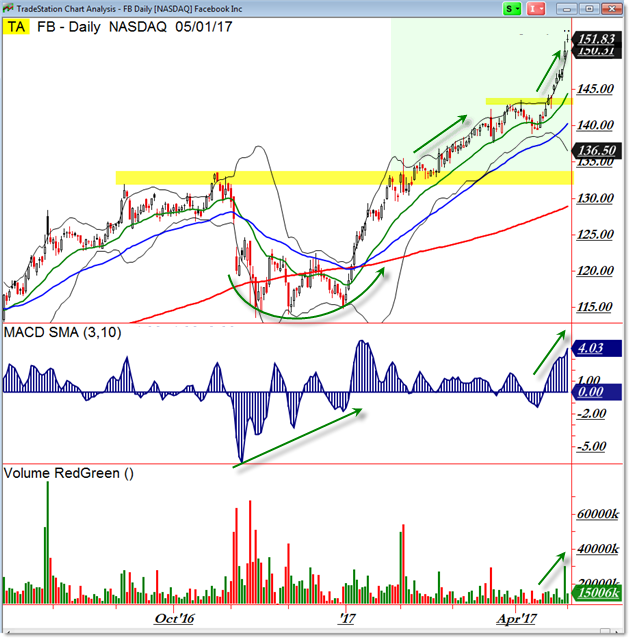 2017 has been very kind to Facebook shares as an initial breakout above $130 sent price surging to $140.

After a small pullback, we’re seeing price surge higher – even stronger – on a second breakout in April.

In general, we see price pull back toward the rising 20 EMA and then surge up away from it.

In other words, it’s a bit risky to get long right now in Facebook for anything other than a day trade or two.

Here’s the picture and structure on the lower frame: 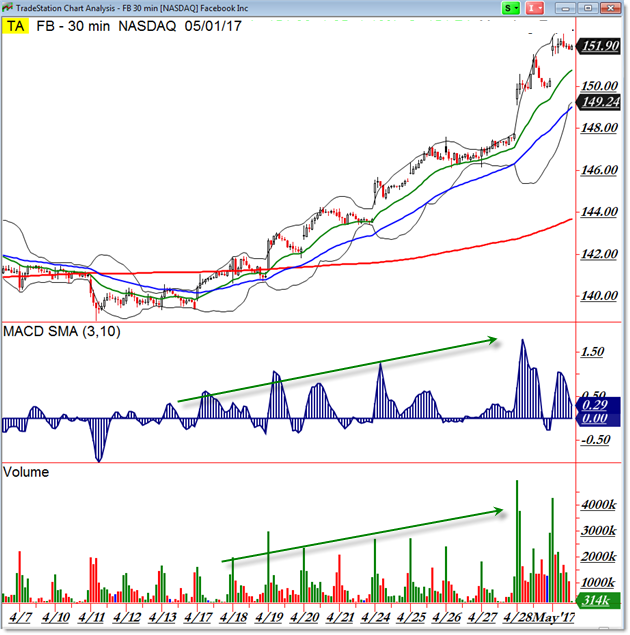 Note how we get smaller pullbacks or retracements to the rising 20 EMA on the lower frame chart.

That’s a great way to trade breakout or impulsive moves on the higher frame (like this).

Even with the two gaps we saw a steady pullback to the rapidly rising 20 EMA.

Volume and momentum are strong at current levels which suggests the probability for additional upside action.

When a market breaks as strongly as this, focus on your lower timeframes and trade pullbacks there.