We had the initial phase of profit taking which took indices down to key moving averages.

Yesterday saw the first attempt by buyers to recover the losses, but today’s action has turned things much more bearish.  Bulls seem to be a far fewer in number than Bears which only accelerated the selling.

The Nasdaq(NYSEARCA:QQQ) is again back at its 50-day MA on higher volume distribution selling. Today’s action has shifted the action net bearish in momentum, but not oversold. Only On-Balance-Volume is holding on to its prior April bullish trigger. Having only tested the 50-day MA for the first time since April just a couple of days ago, it’s looking less likely it will be able to hold this moving average over the coming days. The 200-day MA is far below, so we could be looking at an ugly September until we get to this key long term moving average. 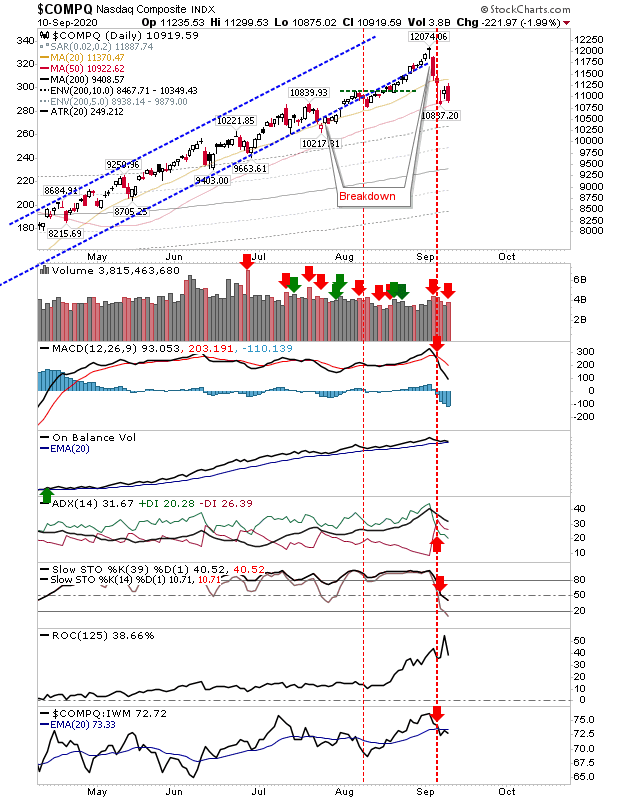 It was a similar story for the S&P(NYSEARCA:SPY). The index broke below midline stochastic support with only On-Balance-Volume still favoring accumulation. The index is above its 50-day MA haven’t yet to fully test this moving average as happened for the Nasdaq. It got somewhat lucky by not experiencing net distribution. 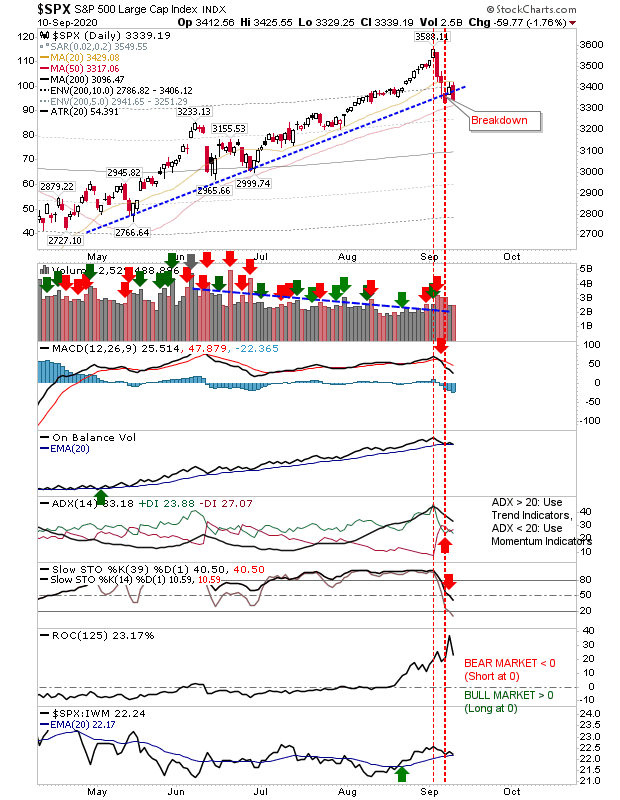 The Russell 2000)NYSEARCA:IWM) didn’t escape the selling but without the extension of other indices is less vulnerable to the actions of profit takers and is more likely experiencing the selling of weak hands. Volume did climb to register as distribution, but overall volume remains light. The index is down at its 50-day MA – as it is for other indices. Between $133-$145 (for the ETF), there is a high degree of price congestion which may offer a zone for buyers to step back in. In relative terms, it’s still outperforming both the Nasdaq and S&P. 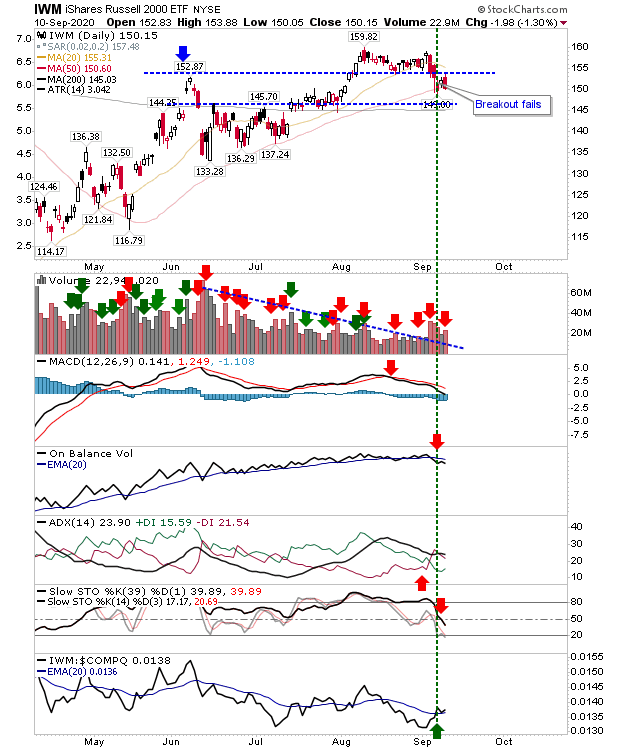 Tomorrow will be about holding moving average support. It would be an ugly set up to go into the weekend with 50-day MAs breached. No index is oversold, so it’s still too early to be talking about a crash scenario. This is still a relatively orderly pullback.