The Advance Report on Manufacturers’ Shipments, Inventories, and Orders released today gives us a first look at the latest durable goods numbers.

Here is the Bureau’s summary on new orders:

The latest new orders number at 1.2% month-over-month (MoM) was better than the Investing.com -0.8% estimate. The series is down 0.1% year-over-year (YoY).

If we exclude transportation, “core” durable goods was down 0.6% MoM, which was worse than the Investing.com consensus of -0.4%. The core measure is down 0.9% YoY.

If we exclude both transportation and defense for an even more fundamental “core”, the latest number is down 2.4% MoM and down 3.9% YoY.

Core Capital Goods New Orders (nondefense capital goods used in the production of goods or services, excluding aircraft) is an important gauge of business spending, often referred to as Core Capex. It is down 0.8% MoM and down 0.6% YoY. 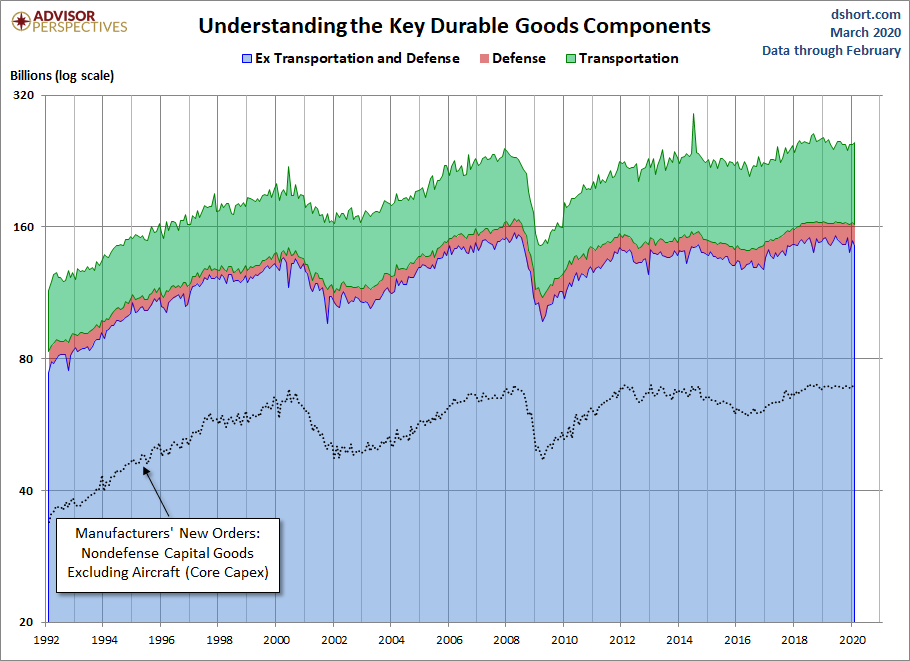 The next chart shows the year-over-year percent change in Durable Goods. We’ve highlighted the value at recession starts and the latest value for this metric. 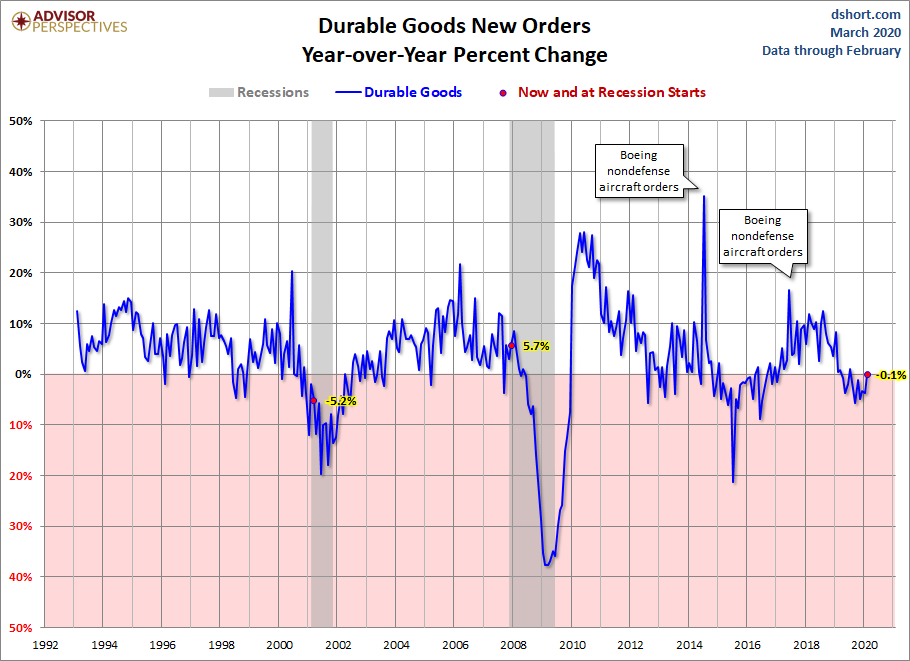 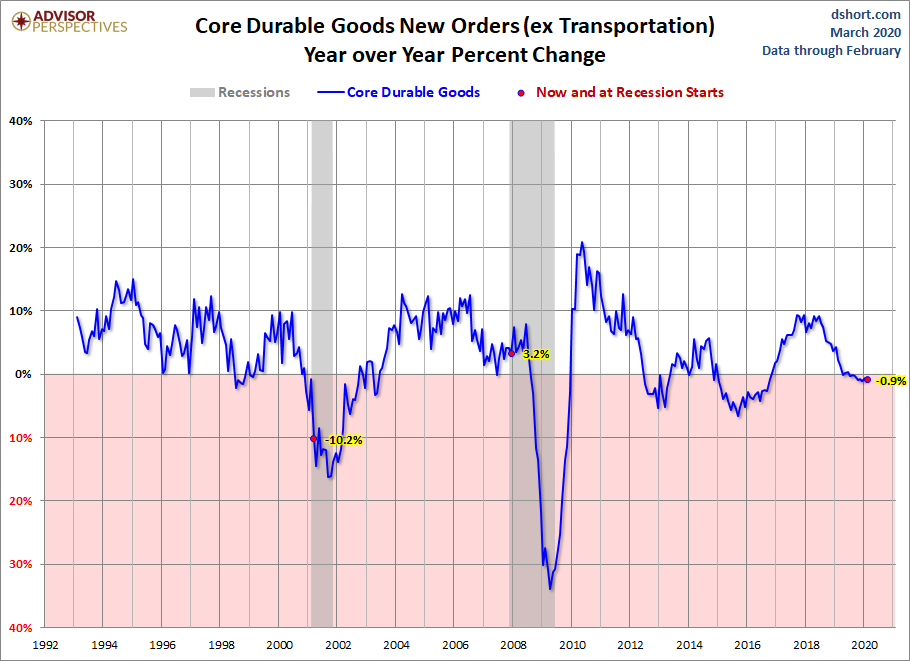 The next chart shows the growth in Core Durable Goods overlaid on the headline number since the turn of the century. This overlay helps us see the substantial volatility of the transportation component. 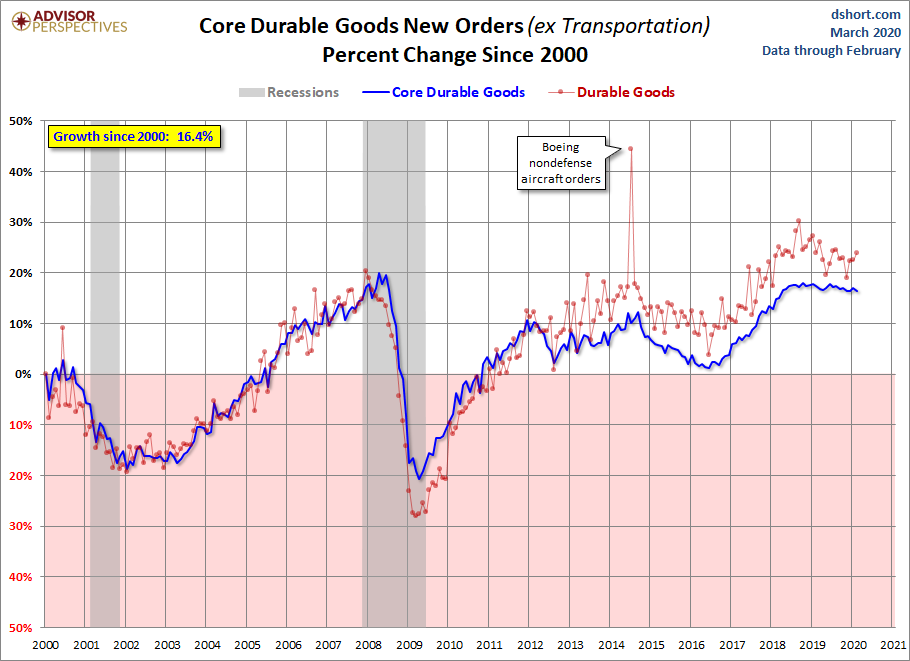 Here is a similar overlay, this time excluding Defense as well as Transportation (an even more “core” number). 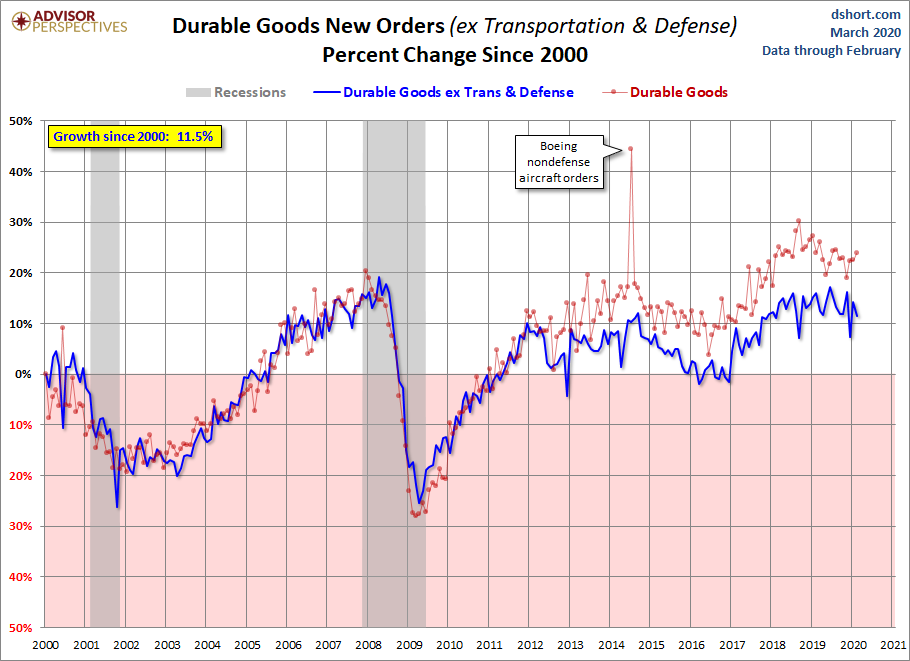 The next two charts take a step back in the durable goods process to show Manufacturers’ New Orders for Nondefense Capital Goods Excluding Aircraft, a series often referred to as Core Capex. Here is the year-over-year Core Capex. 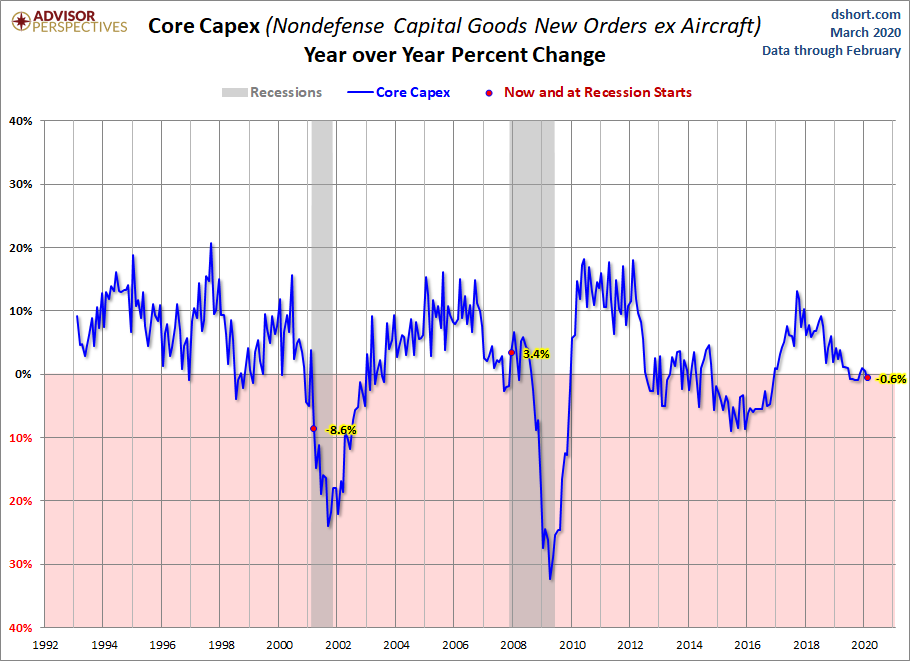 The next chart is an overlay of Core Capital Goods on the larger series showing the percent change of the two since the turn of the century. 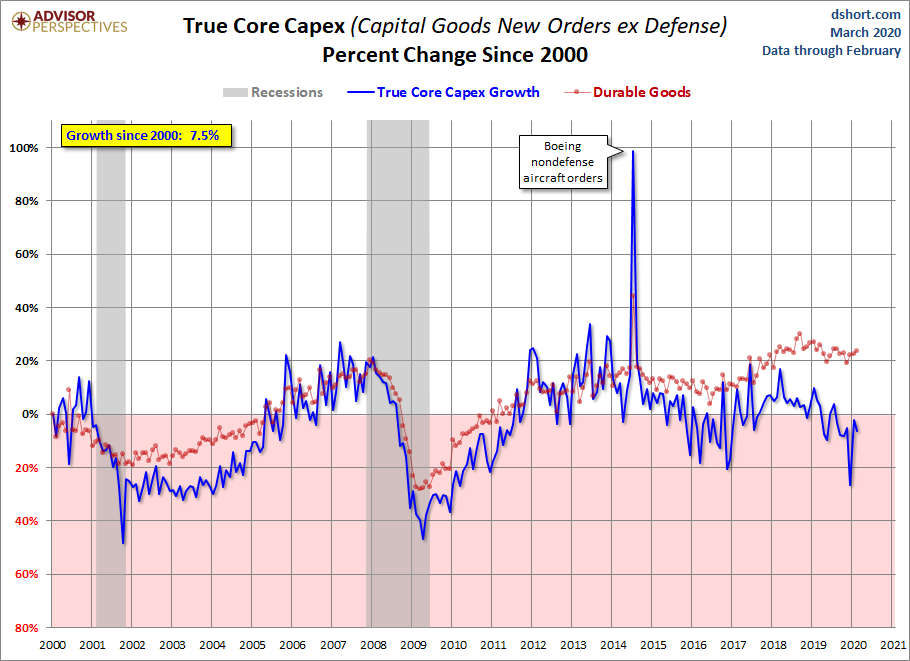 In theory, the durable goods orders series should be one of the more important indicators of the economy’s health. However, its volatility(NYSEARCA:VXX) and susceptibility to major revisions suggest caution in taking the data for any particular month too seriously.