Total stocks stand 171 mmb above the rising, rolling 5-year average and about 157 mmb higher than a year ago. Comparing total inventories to the pre-glut average (end-2014), stocks are 402 mmb above that average. 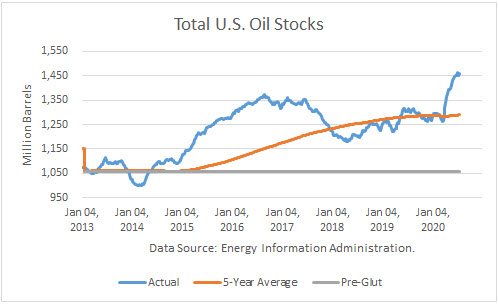 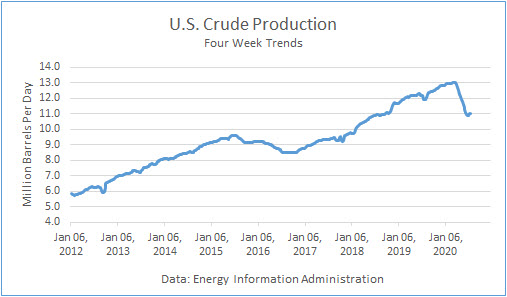 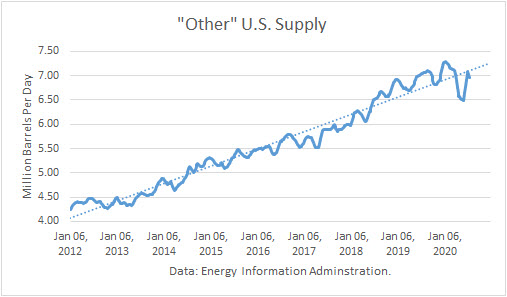 Crude production plus other supplies averaged 17.983 mmbd over the past 4 weeks, well below the all-time-high record. 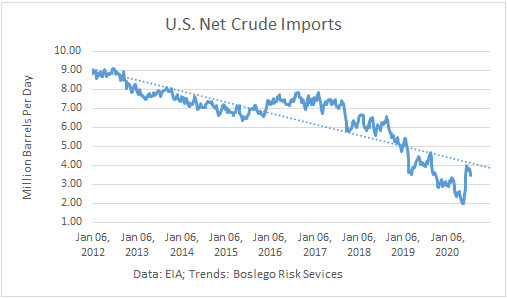 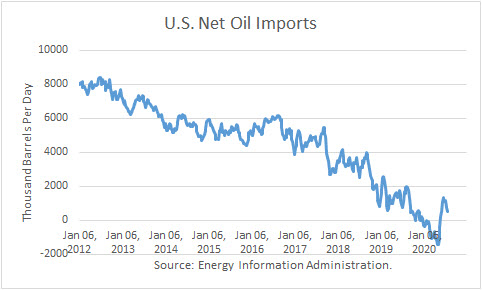 Net oil(NYSEARCA:USO) imports averaged 498,000 b/d over the past 4 weeks. That compares to net oil imports of 1.701 mmb/d over the same weeks last year. This is the eighth 4-week period this year that imports exceeded exports. 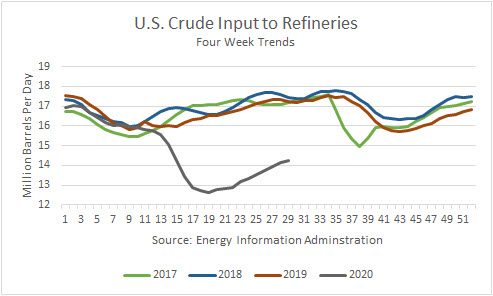 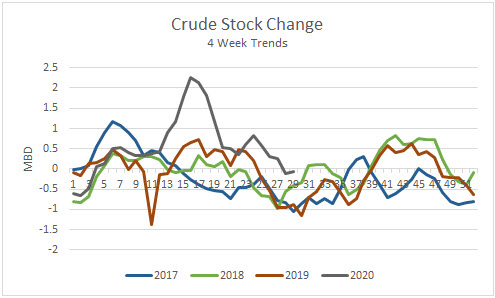 Commercial crude stocks 536.6 mmb are now 91.5 million barrels higher than a year ago. 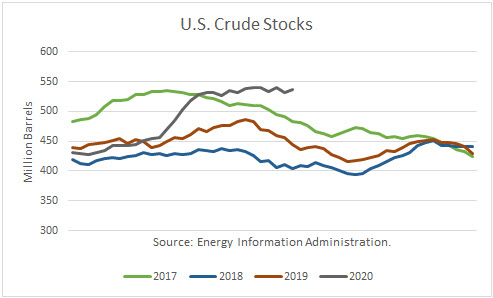 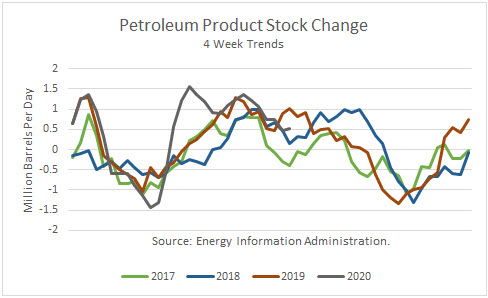 Total U.S. petroleum product stocks at 925 mmb are 65 million barrels higher than a year ago. 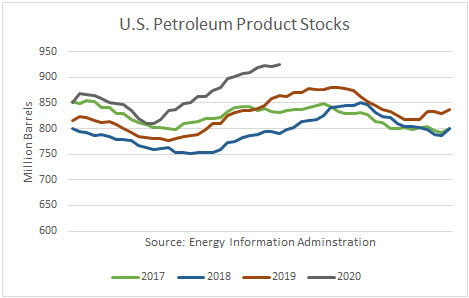 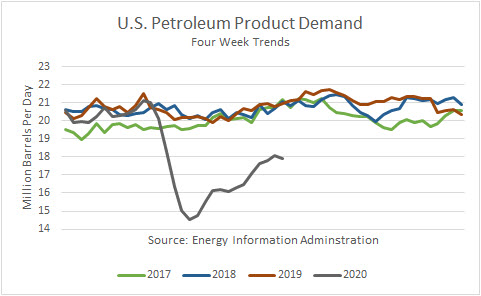 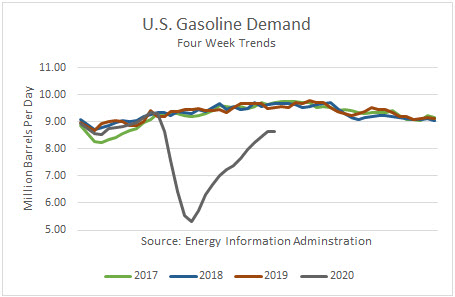 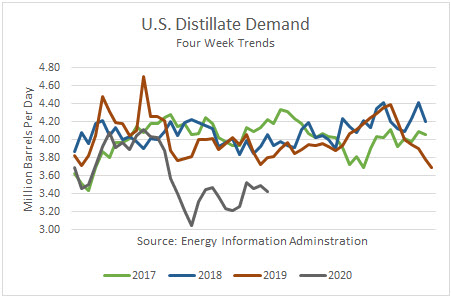 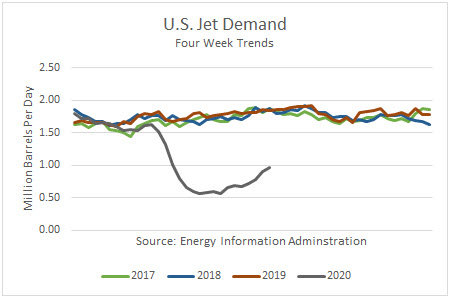 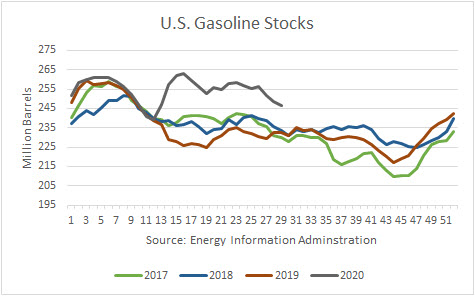 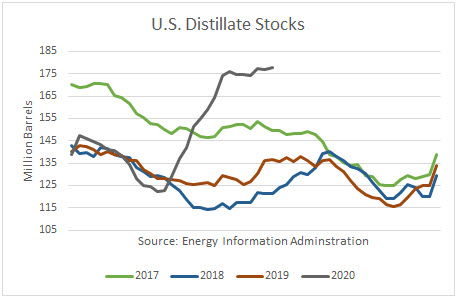 Crude oil stocks led total stocks higher this week, instead of lower, as expected. Despite a recovery in crude oil and product demand, this week’s stats are proof that the inventory glut is going to be difficult and time-consuming to erase.

The White House has admitted that the pandemic may get worse before it gets better. And so the recovery in oil demand may have stalled. Congress is preparing another stimulus package to try to keep the economy from sinking. So it looks like this is going to be a prolonged affair until proven effective therapeutics and/or a vaccine allows work and school to return to their pre-pandemic levels.