Another resistance level reached – another level to break.

The Nasdaq(NYSEARCA:QQQ) looks to be first in trying to push beyond the level established by the February gap down. If it succeeds, then it will have the upper level of that gap, then only the February high before we are talking of Covid as yet another V-recovery. I think the more likely outcome is a broad trading range, bound by the February and March high/lows. But, for now, buyers don’t seem done yet. 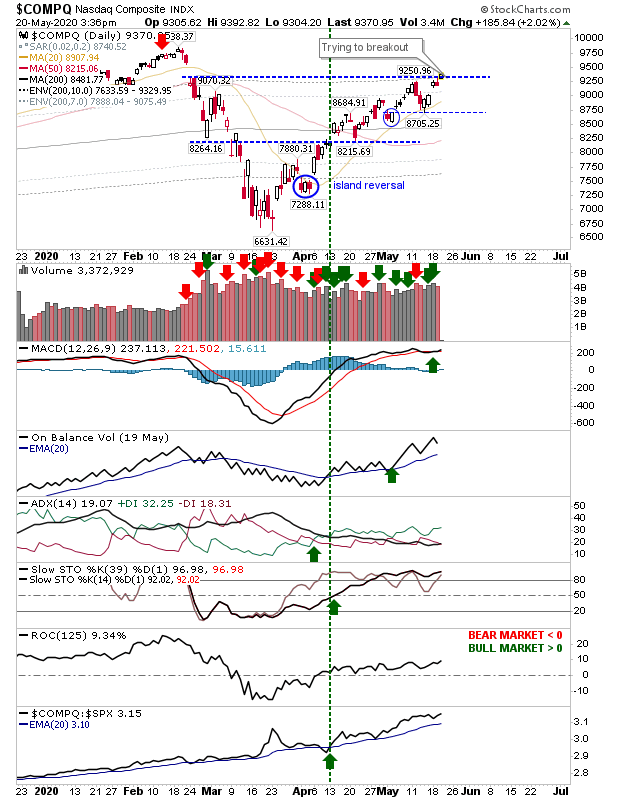 We are seeing a similar move from the Semiconductor Index. The index is also looking to outperform the Nasdaq 100 – will Covid19 generate a new wave of investment in technology(NYSEARCA:XLK) as the world moves to a more WFH economy?  That is, are investors pricing this more than just a 1 year temporary hiatus? 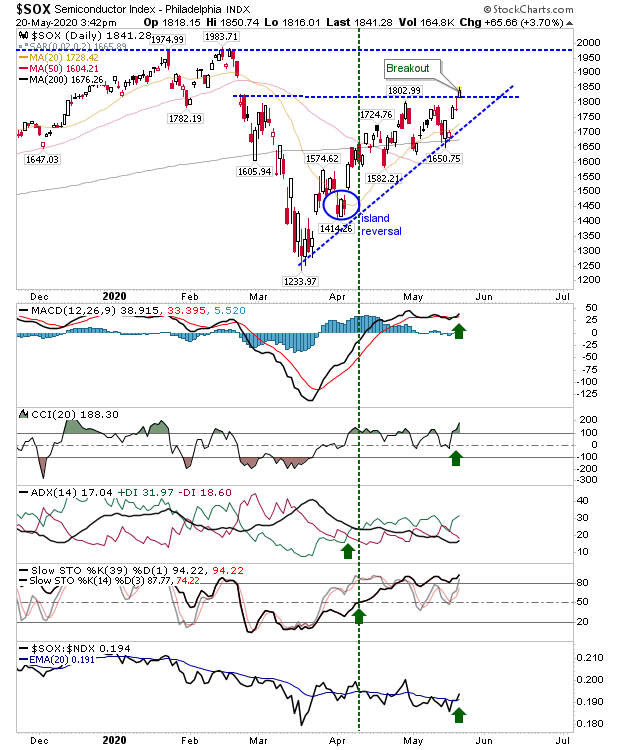 The Russell 2000(NYSEARCA:IWM) is showing signs of life. It’s knocking on the door of a resistance breakout, albeit from a further level back. 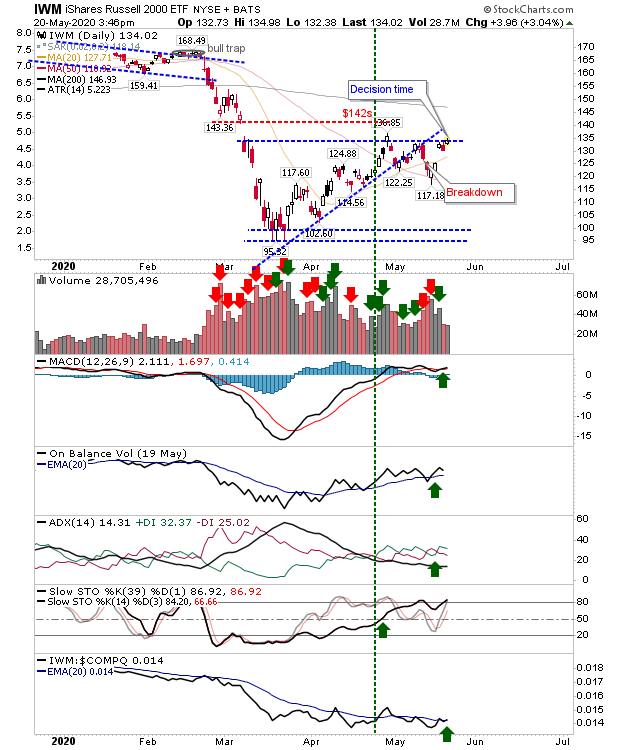 The S&P(NYSEARCA:SPY) is lurking just below its 200-day MA. Given the 200-day MA has already been breached in the Nasdaq, it would appear to just be a matter of time before this index does the same. The nascent ‘sell’ trigger in the MACD has gone, but this indicator has effectively flat-lined for now – so still could go either way. In more promising news for bulls, the index is underperforming the Russell 2000, which should help the broader market, even if it doesn’t help the S&P. 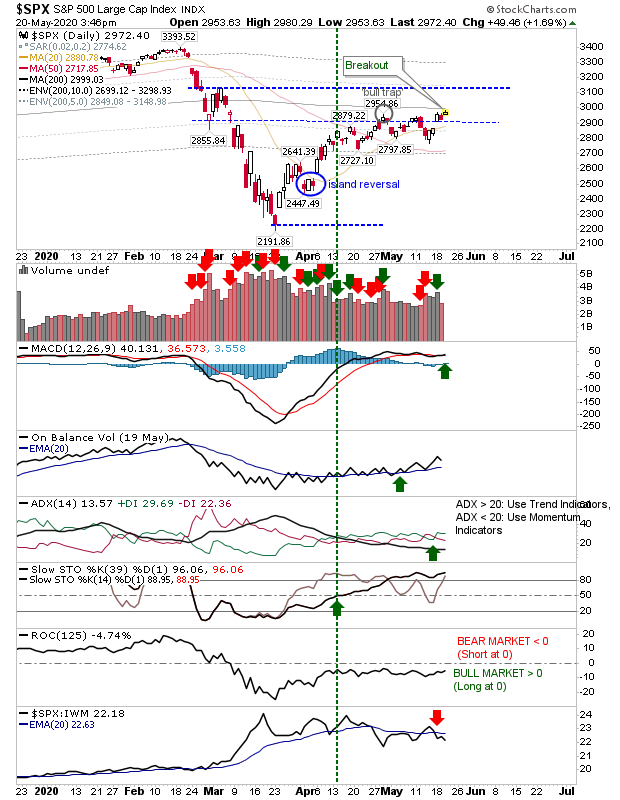 For tomorrow, bulls we will want to see a strong finish to the week and a break of the aforementioned resistance. It would also be good to see some volume go with this buying – but one step at a time.