Dow Jones component Nike (NKE) has not had a very good 2016.

Let’s highlight the downtrend in motion and set up the next swing trade for this stock, one of the weakest in the Dow Jones(NYSEARCA:DIA). 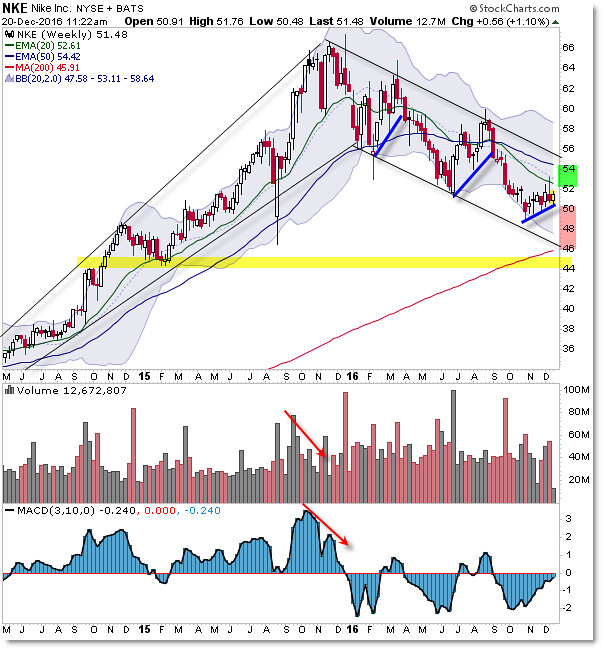 Again, Nike peaked and entered a distribution downtrend through all of 2016.

That’s our “Bearish Downtrend Continuity” Pathway, but as traders we must be prepared to trade an alternate outcome.

In this case, Nike shares open a reversal bullish pathway above the $52.00 level which is the falling 20 week EMA.

IF we see a sudden breakout higher, we’d then target the upper trendline and 50 week EMA confluence at $55.00 per share.

Either way, shares are at a critical junction and that means a trade can develop!