Again, everything is viewed through the window of a trading range and until this is breached it’s mostly noise in a teacup.

The S&P(NYSEARCA:SPY) opened at its 20-day MA and rallied to just shy of 3,000 before it ran into trouble. The index eased back to its 20-day MA, leaving behind an inverse hammer, but not before the attempted rally was able to generate new ‘buy’ signals for On-Balance-Volume and Slow Stochastics 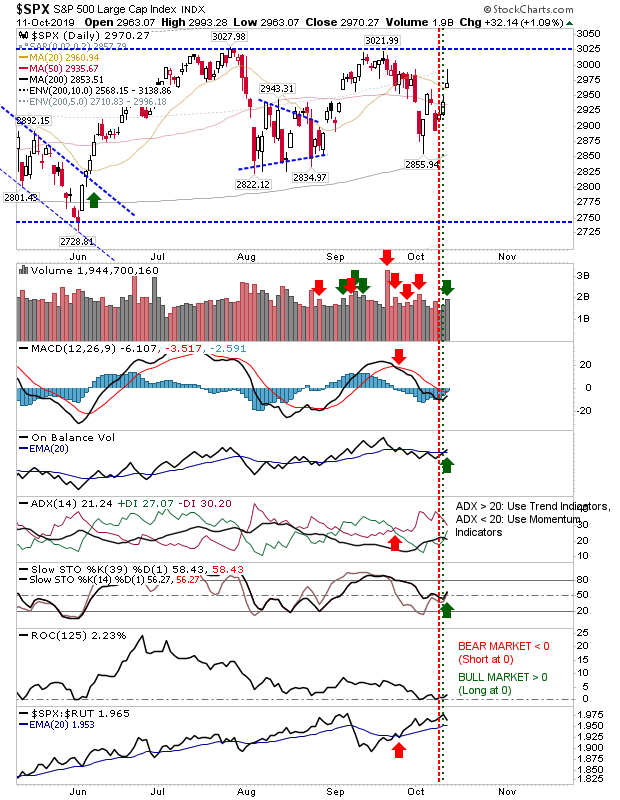 The Nasdaq(NYSEARCA:QQQ) gapped above its 20-day and 50-day MAs on higher volume accumulation. It also came with a ‘buy’ trigger in On-Balance-Volume and mid-level stochatics. Relative performance also improved with an upside trigger against the S&P. On the flipside, the day finished on a bearish inverted ‘hammer’ as it struggled to break our from the last two weeks of coiling action; bulls need a positive Monday to suggest this could be something trade-worthy for longs. 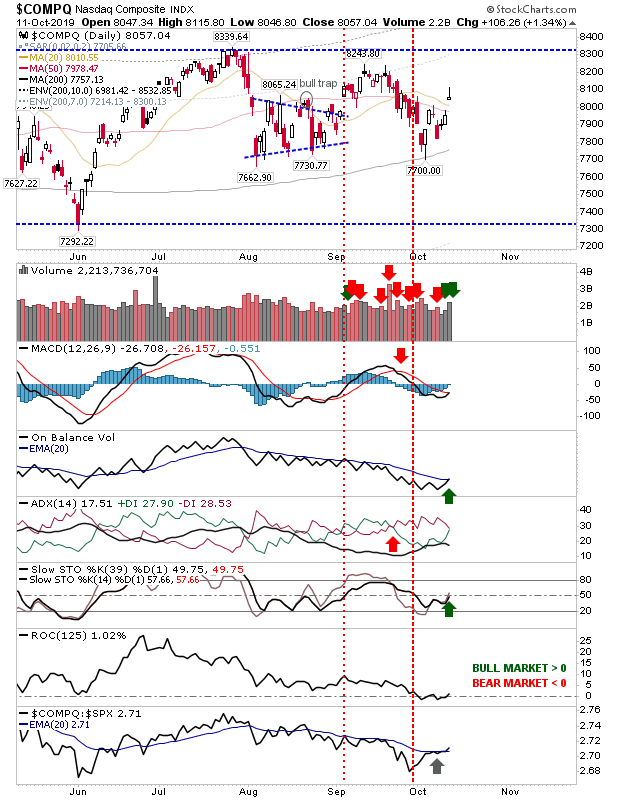 The Russell 2000(NYSEARCA:IWM) made its best attempt to break upside from the coiling action of the past couple of weeks. Unlike Tech and Large Caps, it is hemmed in by 20-day, 50-day and 200-day MAs – all of which have flatlined as the trading range evolved. This index remains the most vulnerable to a bear attack, particularly as it remains close to an oversold condition, typical for crash scenarios. 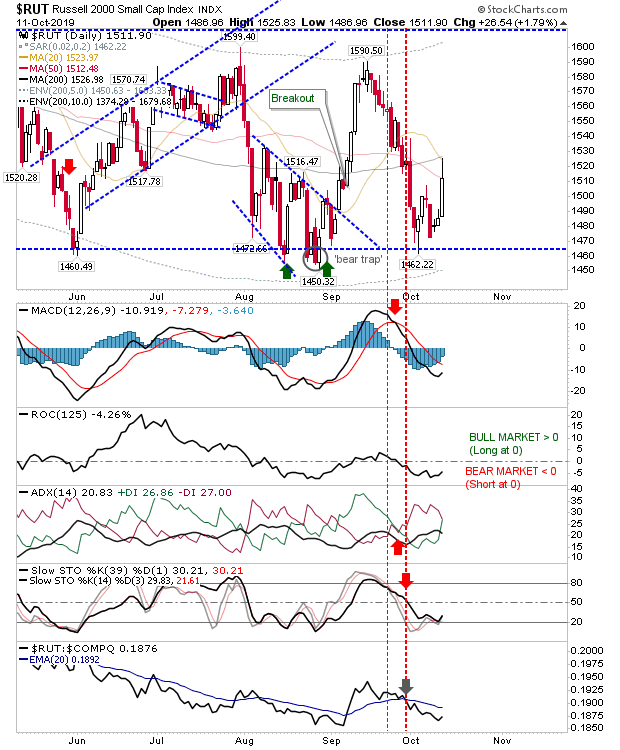 Bulls looking for a lead-out index should look no further than the Semiconductor Index. It’s very close to breaking out from its trading range. Something which could occur early this week.  Technicals are far more positive as it awaits a new ‘buy’ trigger in the MACD to turn the technical picture net positive. 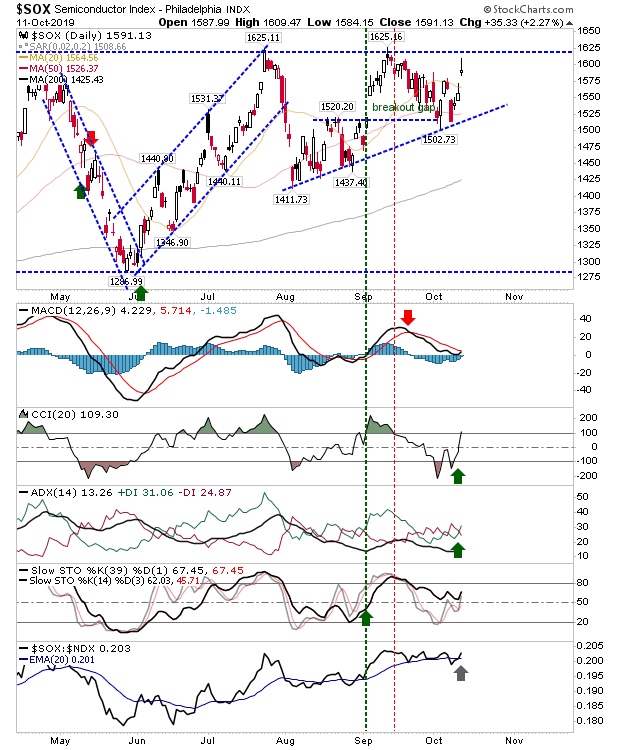 For Monday, bears need watch the Russell 2000. If it can’t build from Friday’s gain – which it will need to do very soon – then this index will break down and eventually drag the others with them.  Semiconductors make struggle if this happens, but any delay in the Russell 2000 will give time for the Semiconductor index to break higher, helping the Nasdaq and Nasdaq 100 to attract buyers.