Expectations for future “stimulus” and transportation/spending projects from the new Republican administration sent raw materials stocks – and futures contracts – surging after the US Election.

Here’s the quick update – after a stellar breakout – for US Steel (X) by request: 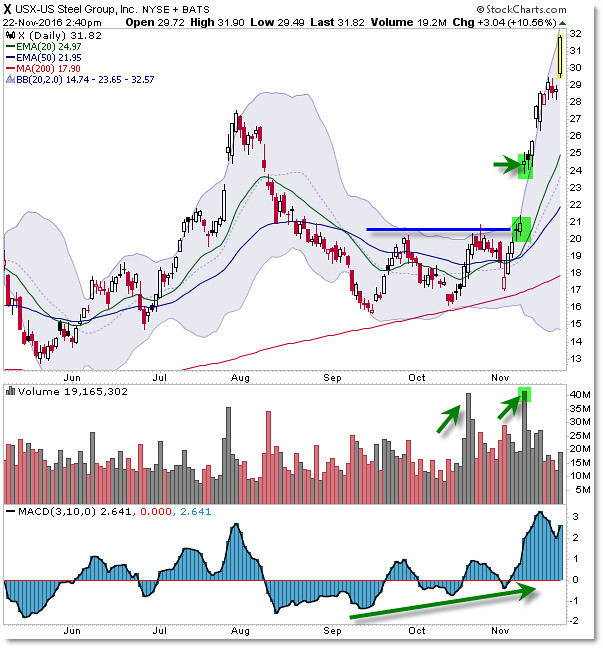 On the Daily Chart above we see a positive momentum divergence in October – ahead of the election – and a strong bullish surge of volume.

This was perhaps a precursor or early hint of possible bullish activity yet to come.

Nevertheless, shares broke resistance above $20 in the two days BEFORE the election results which again set a bullish potential in motion.

The big gap occurred post-election on November 9th and buyers dominated the market from there.

Here’s the picture as seen best on the Weekly Chart with additional bullish pressure: 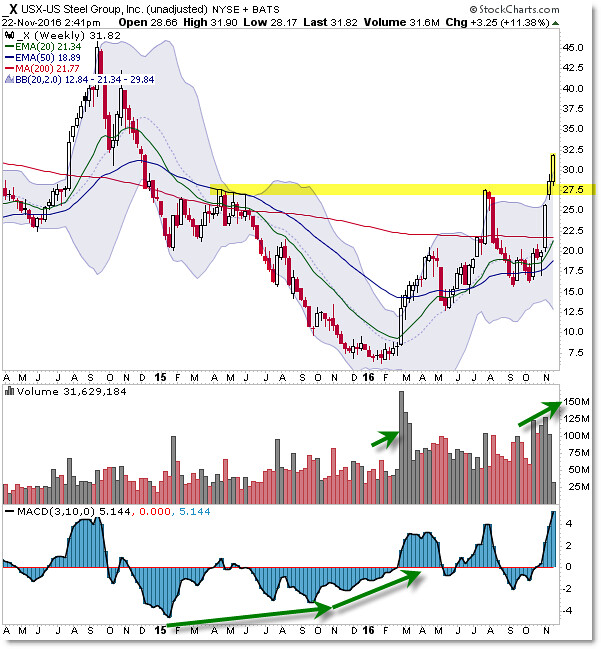 From there, a strong momentum burst and huge – 150 million/week – volume surge set in motion the birth of a new uptrend for US Steel(NYSE:.

Mid-2016 saw an initial peak into $27.50 and a logical structural pullback toward the weekly averages.

Again, price set up a bullish likely outcome heading into the election and continued it with huge volume, price action, and momentum after the election.

Continue following price action for US Steel (X) and related commodity/industrial metal stocks as we travel into December 2016 and beyond.