Not a whole lot to report for today although the Semiconductor Index did register a breakout.

This was supported by a relative performance gain against the Nasdaq 100, and this should help Tech indices maintain their market leadership. The only disappointment was the maintenance of the ‘sell’ trigger in the MACD. 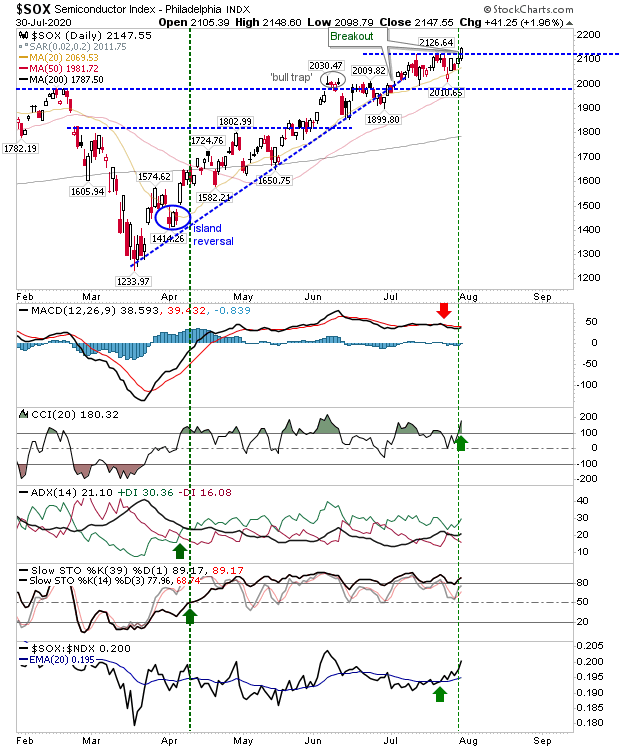 There wasn’t a whole lot more to say about other indices. The Nasdaq(NYSEARCA:QQQ) registered a small gain on higher volume accumulation, but with the earlier breakdown from the channel looking to be well established this now looks to be shaping a sideways consolidation. 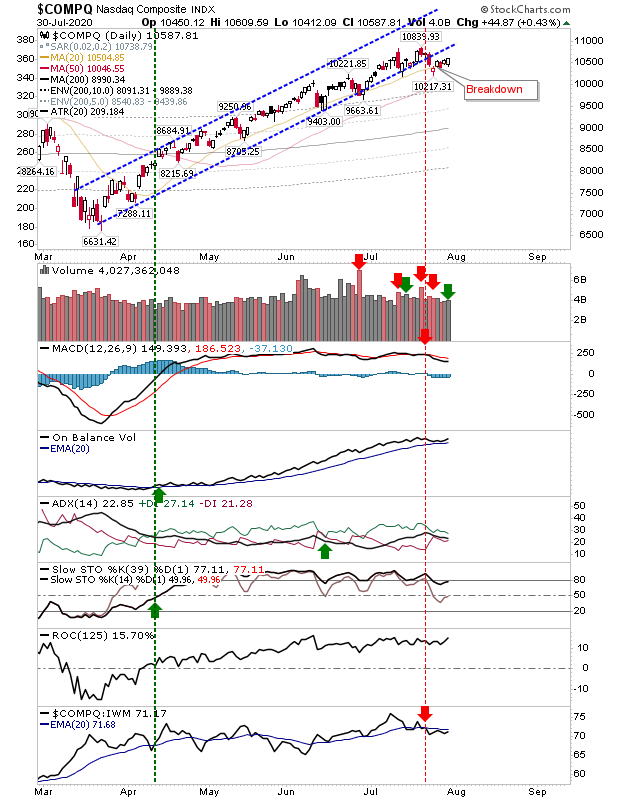 The S&P (NYSEARCA:SPY) had edged a breakout but there was no surge in buying volume and the index, while well placed for further gains, is struggling to attract the volume buying which would mark a thriving market environment. We have a ‘sell’ trigger in the MACD and a relative underperformance against the Russell 2000 – which is a positive for secular bull market watchers – even if it’s a (counter intuitive) little bearish for the S&P. 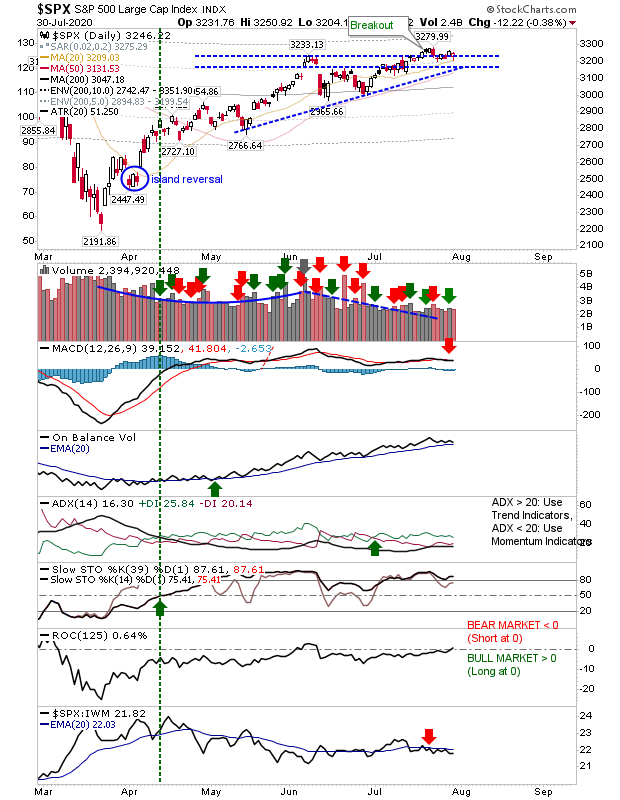 Speaking of the Russell 2000(NYSEARCA:IWM), we haven’t seen the follow through move to take out the June swing high. Trading volume was tepid. 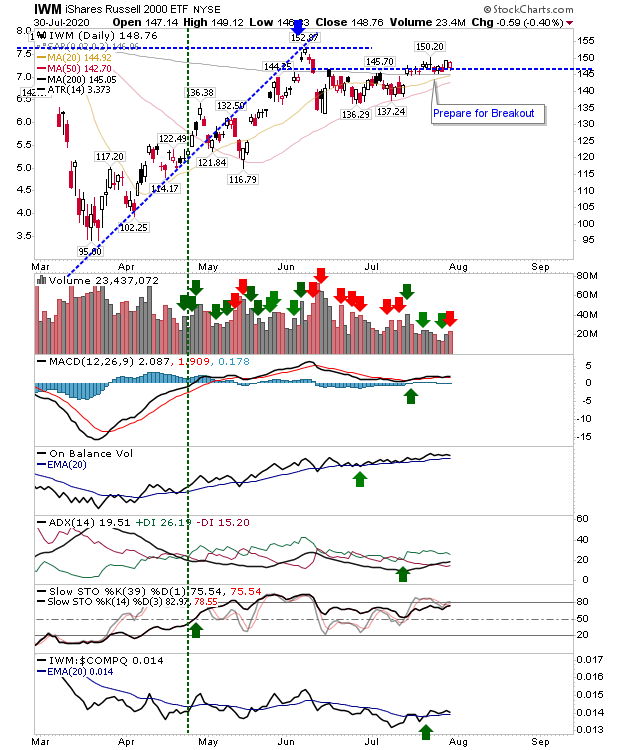 There is a general apathy to the market which we would consider typical over the summer when traders are on vacation, but this feels like there is some tension in the market. The Nasdaq is the only index where trading volumes are somewhat normal, but the S&P and Russell 2000 are missing – and suffering – from the lack of participation. Covid19 will keep things edgy, which is why a strong move in the Russell 2000 is needed to build confidence.