Seven indexes on our world watch list posted gains through January 13, 2020. The top performer is Hong Kong’s Hang Seng with a gain of 1.44%. 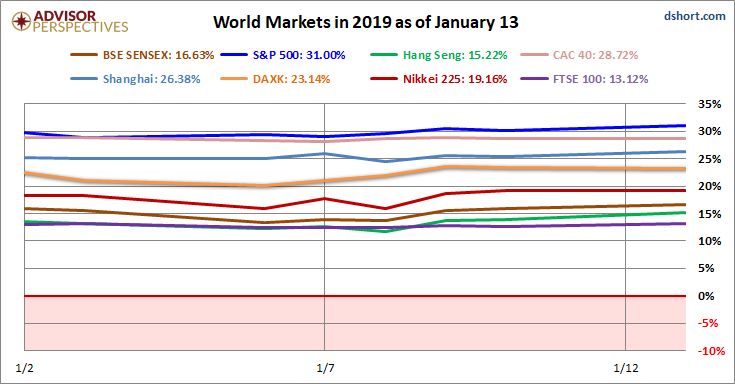 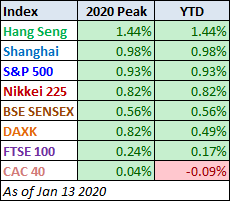 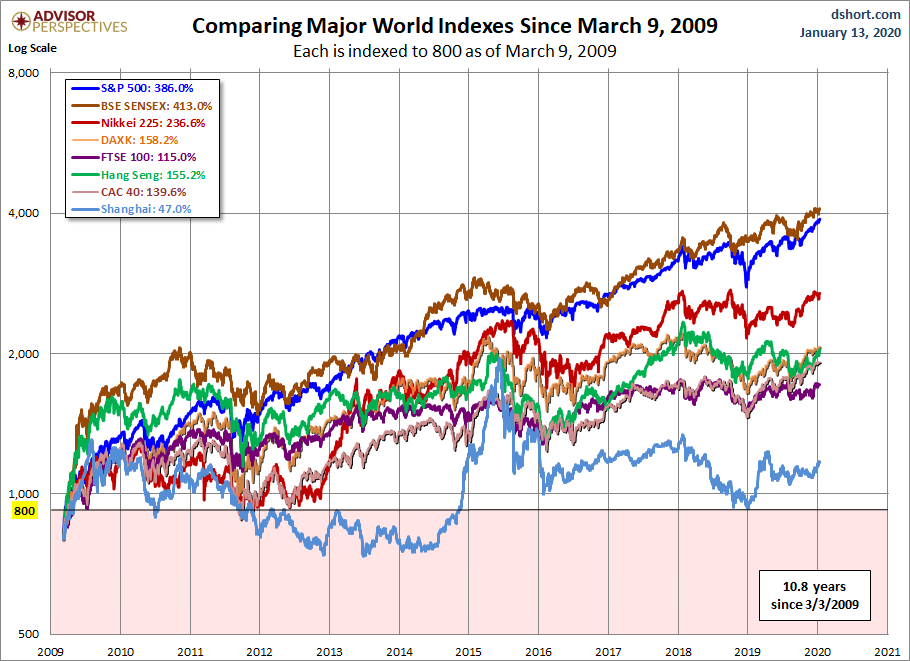 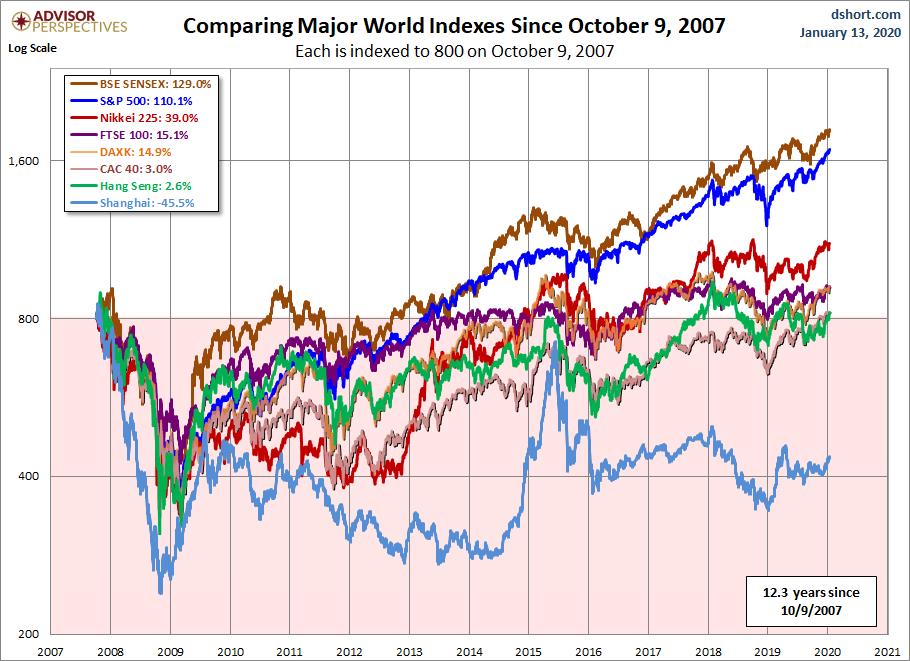 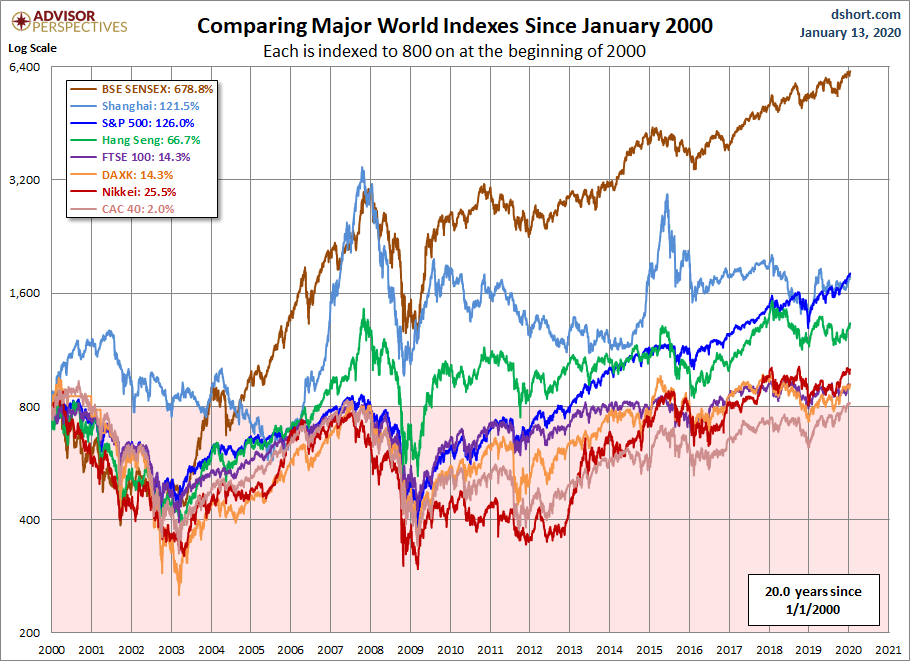