Friday offered a day of tight trading on low volume.

Swing traders can take advantage of this by trading a break of Friday’s range (buy break of high/short loss of low) and setting a stop on the flip side of Thursday’s range (of Friday’s if you want to take on less risk). This set-up looks the most logical for the S&P.

The S&P (NYSEARCA:SPY) again kept to resistance defined by the October spike low and now has the 50-day MA offering some additional resistance. Technicals have edged bullish except the Directional indicator which has been slowing since November; an indication of a possible switch to a trading range. Going forward, I would be looking for a shallow decline, perhaps to the 2,500s, before prices stabilize as a sideways range. Again, look to this a swing trade because if Monday starts brightly and can maintain that strength after the opening half hour it will stress existing shorts into covering their positions and open up for a move to the 200-day MA. 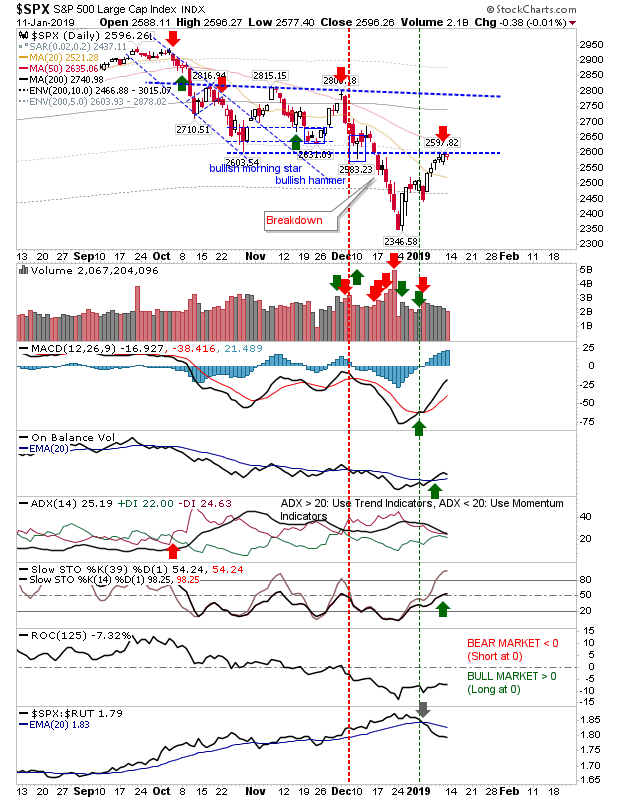 What goes for the S&P applies to the Dow(NYSEARCA:DIA) too. 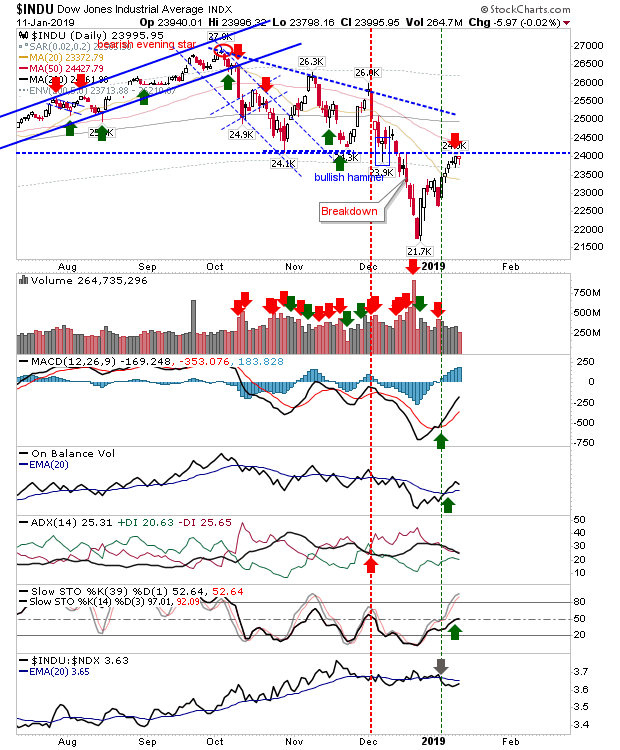 If you are perhaps of a more bullish bent, then the Nasdaq(NYSEARCA:QQQ) may be the better play. It finished the week above the corresponding October swing low resistance which is troubling the S&P. It does still have the 50-day MA to navigate but if it can break this then there is a chance to move to resistance marked by the blue hashed lines (connecting the three swing highs from October through December). Technicals are net bullish and improving, including a nice uptick in relative performance against the S&P. The Nasdaq 100 is perhaps a little more bullish than the Nasdaq but same principles apply. 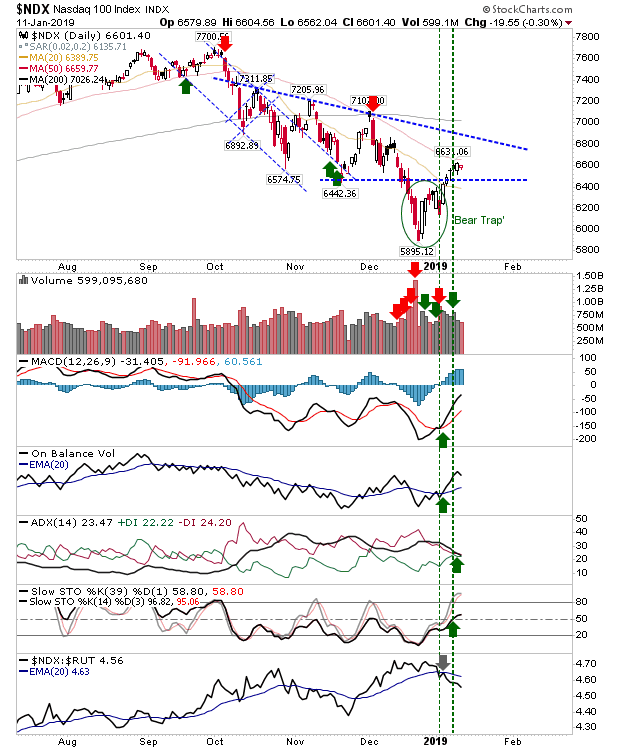 And fueling the Tech recovery is a strengthening bounce in the Semiconductor Index. I would like to see a trading range established here but let’s see how far this bounce goes. Note, it did not end the week on a narrow doji so buyers still have control. 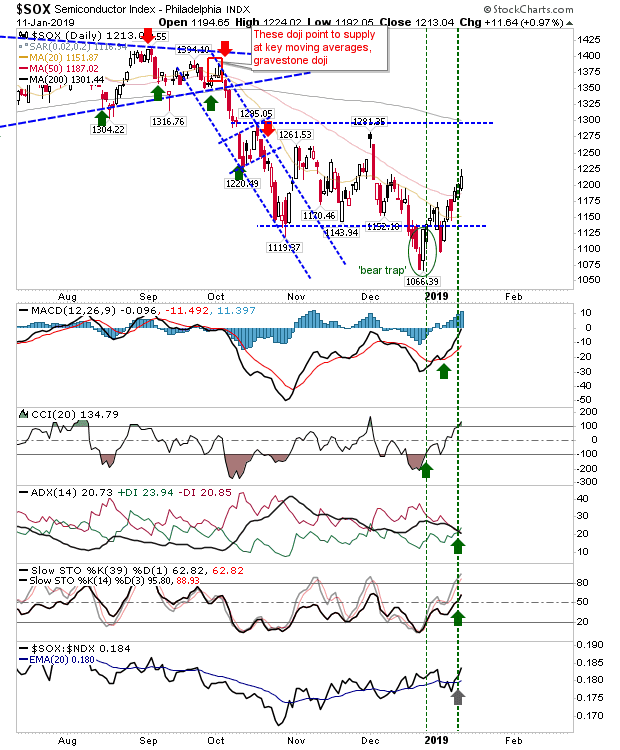 The Russell 2000(NYSEARCA:IWM) is perhaps the most interesting. I thought it would have the legs to make it back to October resistance around 1,460 (as the S&P and Nasdaq had done) but it now finds itself stalling out at 1,447. It now has the 50-day MA to deal with too as this moving average trades below the aforementioned October resistance. Technicals are net bullish and the index still outperforms the Nasdaq and S&P but if you had bought the recent bounce as a trade rather than a long term investment then taking profits looks prudent. Shorts could enjoy a nice run here if it breaks because Small Caps look the most vulnerable to further losses. 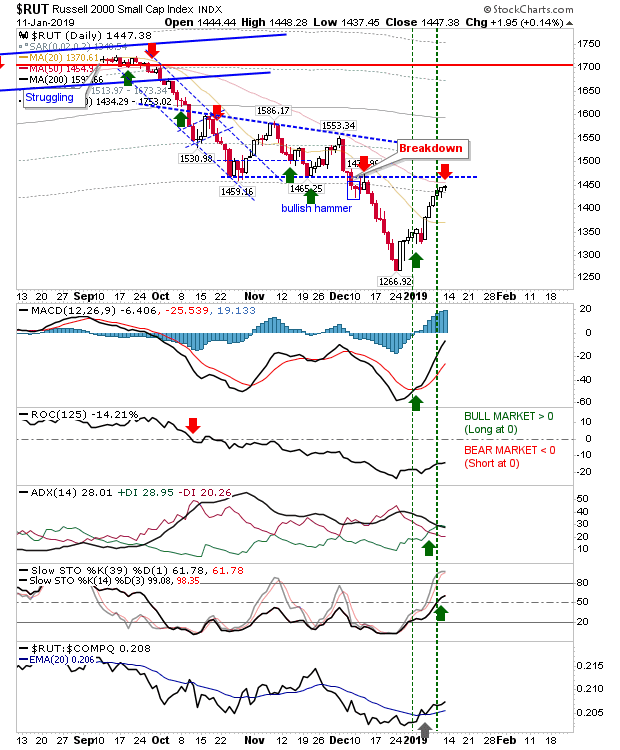 For tomorrow, shorts can look to the Russell 2000, S&P and Dow, longs have the Nasdaq and Nasdaq 100 to lean on; all trades – from either aspect – can be played as a swing trade.