Many traders love reversal patterns but so many traders get trapped in false reversals in real time.

Here’s the @DX (US Dollar Index) showing a lesson in real-time reversal patterns as they develop: 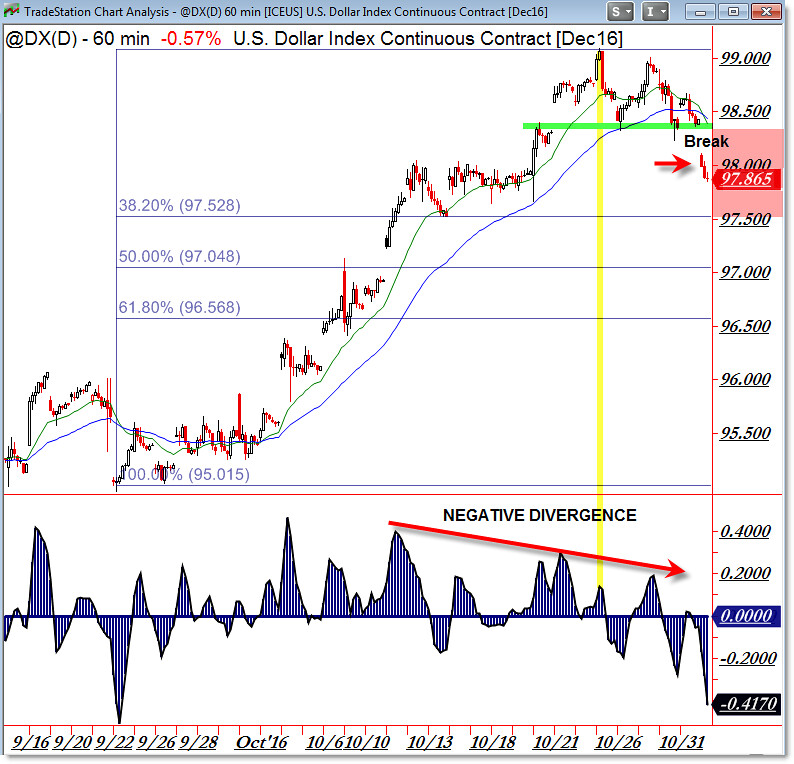 Momentum – as seen via the 3/10 Oscillator – was strong in early October during the beginning of the rally and then declined – we call this a “Negative Momentum Divergence” – through the rest of the month.

In late October we saw initial downside price action into the $98.50 support level which set the stage fro today’s breakdown and rapid intraday collapse under $98.00.

The weakening (divergence) in momentum in an extended rally sets the stage for a steeper retracement at a minimum or even a full trend reversal.

Even if you don’t trade the Dollar (NYSEARCA:UUP) Index, study the pattern of the uptrend and weakening momentum ahead of the eventual trendline break and moving average cross-over, all of which occur ahead of trend reversals and aggressive short-sell trading opportunities.