The week ended for markets with sellers in control.

The damage was sufficient to put markets on warning for a bearish reversal – but the last such attempt in early June was quickly reversed by buyers; will this time be different?

The Nasdaq(NYSEARCA:QQQ) lost its breakout with a drop below 10,000 and support of 9,800. Part of this move also undercut its 20-day MA. Volume rose in confirmed distribution in one of the heaviest trading days of the year not attributable to options expiration. An effective flat-lined MACD switched to a ‘sell’ trigger, so this is vulnerable to whipsaw as other technicals remain firmly bullish. 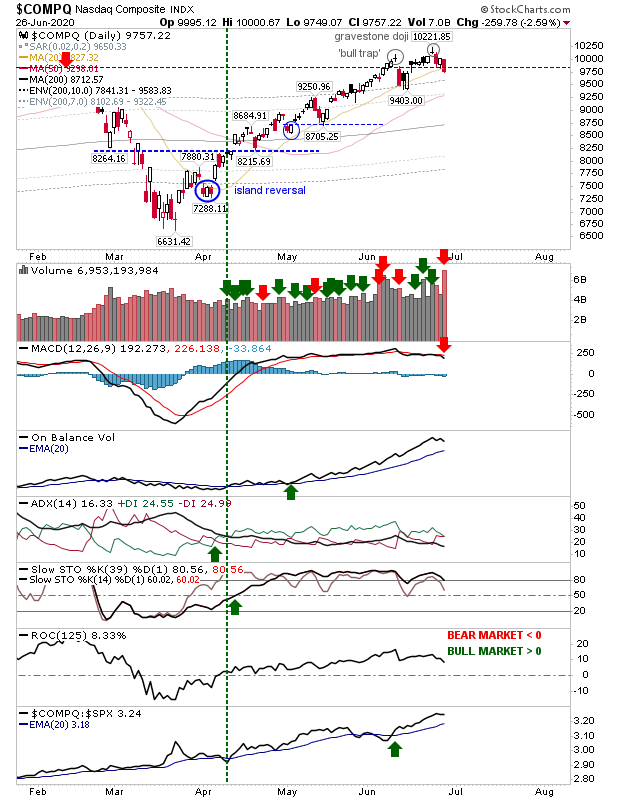 The S&P(NYSEARCA:SPY) played both sides of the bull/bear divide with a series of island reversals. If going by trading volume over the same period, then sellers will have seen a greater number of individual sell off distribution days over the course of June, although On-Balance-Volume has marked continued accumulation since the start of May. Monday will see a test of the 50-day MA which will be important as it will also be a test of the June swing low. Lose that, then the May swing low becomes next support. 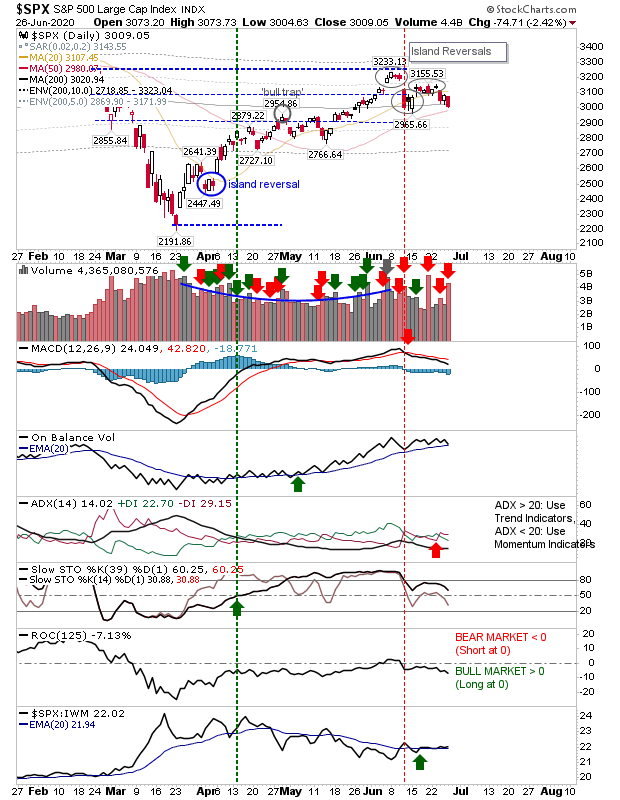 The Russell 2000 (NYSEARCA:IWM) is also mapping a test of the June swing low. It has been suffering below its 200-day MA after a failed attempted move above in May. Technicals, aside from stochastics, are bearish with distribution dominating June.  The index is also underperforming relative to the Nasdaq, which mean speculators will favor Tech stocks over Small Caps. 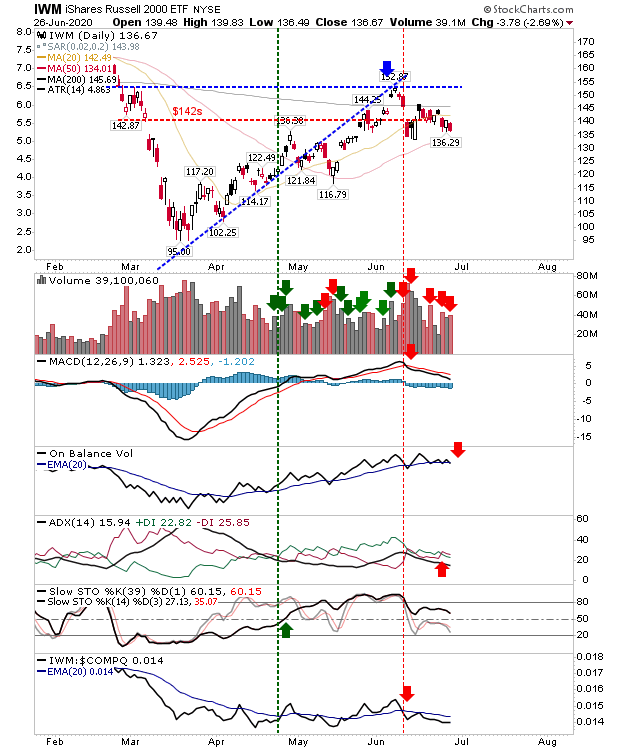 If there is warning for the Nasdaq it comes from the Semiconductor Index. It has undercut the rising trend from the March low, which typically means a slowing trend – not an outright reversal – but a test of the 50-day MA would be a good place to start. 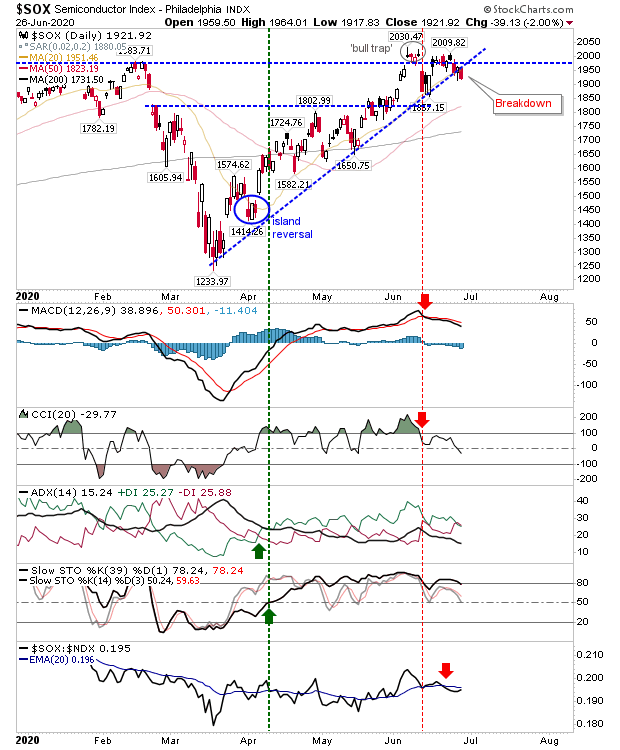 So next week will be about stabilizing losses so as not to see a move away from breakouts while holding above early June swing lows. It’s a fine line but still feasible.