Monday offered the bearish doji / swing high set up which had looked like it was going to create the 3-day bearish evening star set up across markets; this pattern did present itself Tuesday with the gap downs but today (Wednesday) saw rallies which were enough to close these gaps but not enough to negate the ‘bearish evening star’ setups. However, the bearish ‘evening star’ is typically a reliable setup and the lack of follow through lower suggests more upside is to come

The S&P (NYSEARCA:SPY) had its breakout last week with supporting technicals all bullish, with the exception of relative performance. Despite this, look for a continuation of this rally. 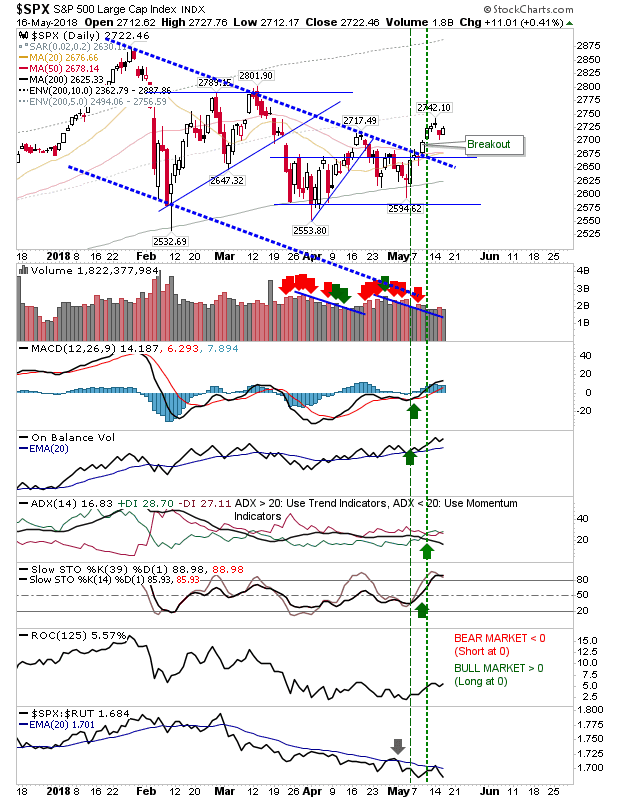 The Nasdaq (NYSEARCA:QQQ) is still range bound but is closer to pressuring resistance. Look for a challenge of the ‘bull trap’ into next week. Long term buy-and-hold can use this now 5-month consolidation to build up positions to hold for 5 years+; it has the look of a consolidation which will ultimately lead to higher prices. 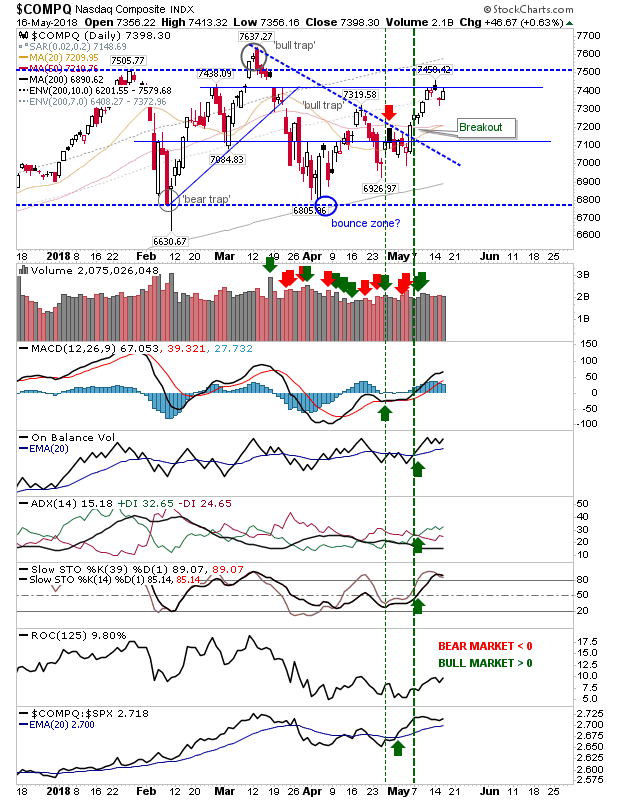 Better still are Small Caps. Today offered a clear breakout which will help other indices push higher. Any shorts who attacked the January high will have been forced to cover. There was even an uptick in relative performance. 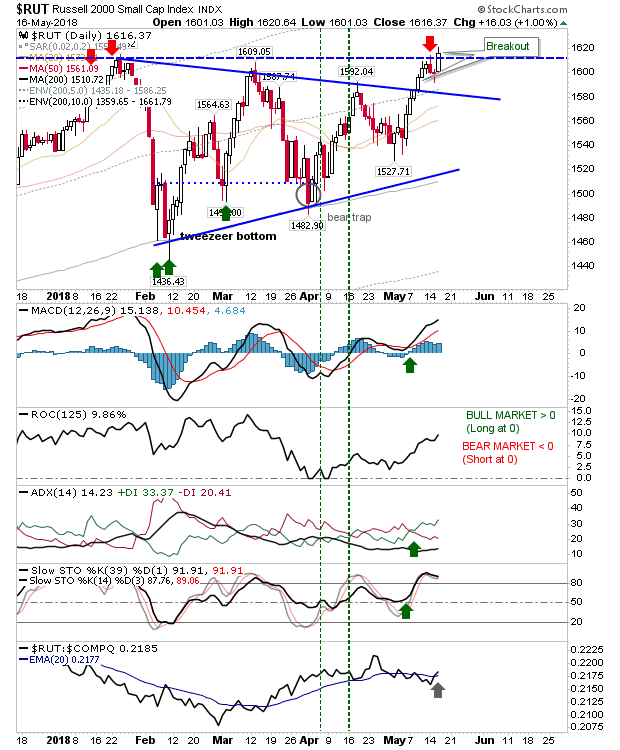 Finally, the Semiconductor Index added over 1% as it challenged its bearish ‘evening star’. A push above 1,394 would open for a move to 1,464. The robust defense of the 200-day MA in the latter part of April should over enough to see the March highs tested. 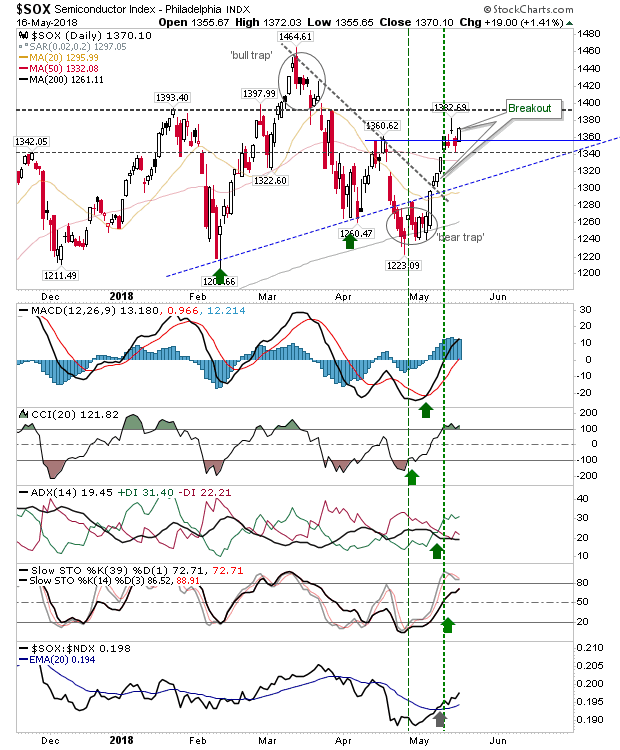 For tomorrow, look for upside follow through in the Russell 2000 (NYSEARCA:IWM)which will help bring Tech, then Large Caps along with it.