It was looking bad for a while in early afternoon trading as bears looked to follow through on yesterday’s losses.  Bulls did enough to finish the day in neutral territory…

The Semiconductor Index did not benefit from this late day rally.

It was a particularly ugly day for the Semiconductor Index. A near 2% loss delivered an undercut of the 200-day MA. The sharp reversal in relative performance – in what was a new high in April – caught many bulls on the wrong side of the trade. 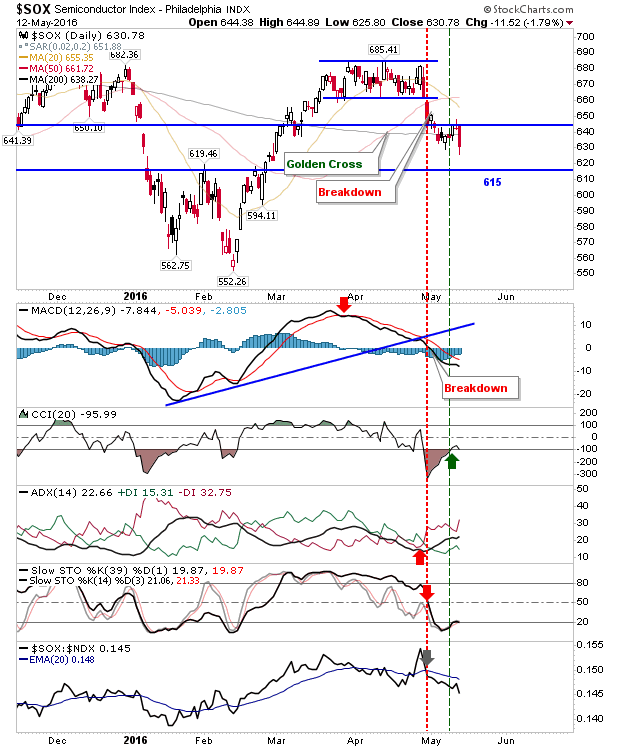 The Nasdaq (NYSEARCA:QQQ) will be looking over its shoulder after a second day of higher volume selling kept the index below converged 20-, 50-, 200-day MAs. Today’s action in the Semiconductor Index will not have helped. 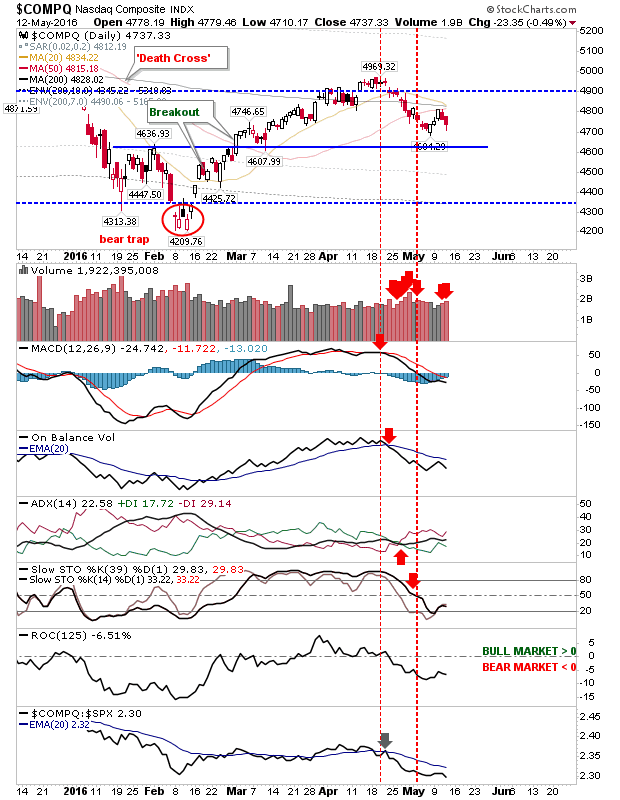 The Head-and-Shoulder pattern in the S&P (NYSEARCA:SPY) is still in play, but this still could go either way; a push above 2,085 negates, but a loss of 2,050 effectively confirms the pattern. 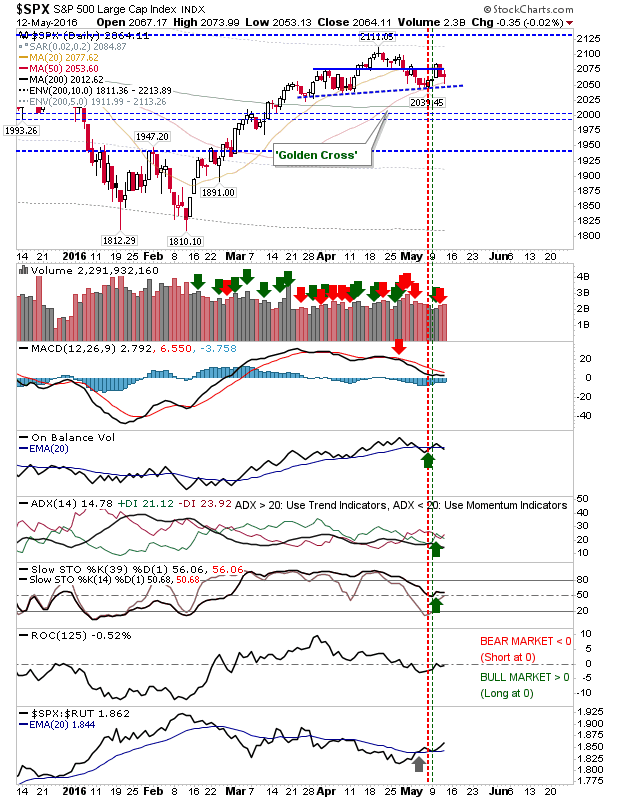 The Russell 2000 (NYSEARCA:IWM) breakdown returned after it failed to hold above the 200-day MA and rising channel. The index still has bullish momentum on its side, which is currently down at levels commonly associated with trade-worthy swing lows. The index also sits at its 50-day MA. Can it bounce tomorrow? 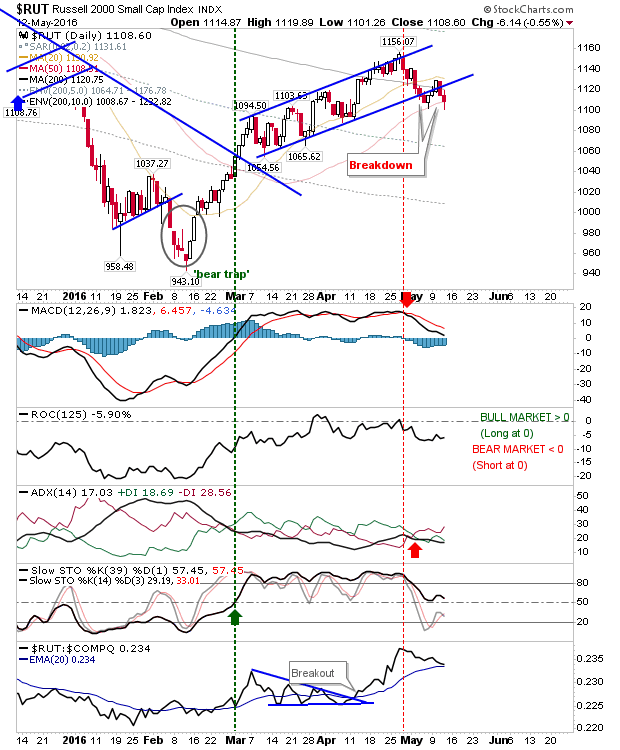 For tomorrow, bulls should watch the Russell 2000 for a bounce opportunity. Bears should keep a watchful eye on the Nasdaq and S&P.

As a final point, Barry Ritholtz posted a very good chart from Zenolytics which shows an investor perspective on the market. I do admit to having a short bias in the market as I think the market missed an opportunity in February; failing to deliver a 40% trim from all-time highs.  Had this occurred, it would have reset the cyclical bull market count from March 2009 lows – which I consider to be a generational low (although at the time I was looking for it to come in 2010, not 2009…so I didn’t act on it).