Bulls Keep Pressure On With More Gains on Wednesday

After Tuesday’s solid gain it would have been easy for bears to take back some of those gains.

Instead, bulls kept the pressure on with another day of gains.  The net return on the day was small, but it was significant.  With 50-day MAs breached for many indices, the 200-day MAs are next. It may be mean reversion, but what happens when indices get back to 200-day MAs will be interesting. The only negative on the sell off was the failure to register losses of 40% or more from 52-week highs; indices tagged the extreme lows from the 200-day MA, but fell well short of bear market lows. Only the Russell 2000 (NYSEARCA:IWM)  came close to doing so.

The question is whether the 2016 sell off is just an extreme bullish correction, and not a clear out bear collapse. Current action suggests the former, which means the secular bull rally from 2009 lows is still in play – but we are likely nearer the end than the beginning – which isn’t the best news if a bull.  However, if this proves too, new 52-week highs are more likely to happen before sellers retake control.

Both the Russell 2000 and the Dow Jones Index (NYSEARCA:DIA) finished the day net bullish on technicals.  The Russell 2000 also came with a bull breakout.  There is plenty of room before it gets to the 200-day MA. 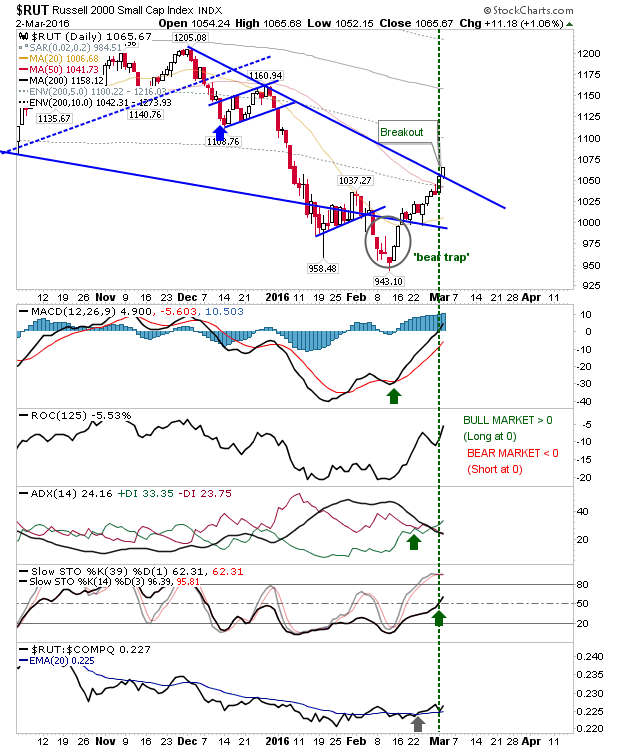 The Nasdaq (NYSEARCA:QQQ) ticked over with a small gain. 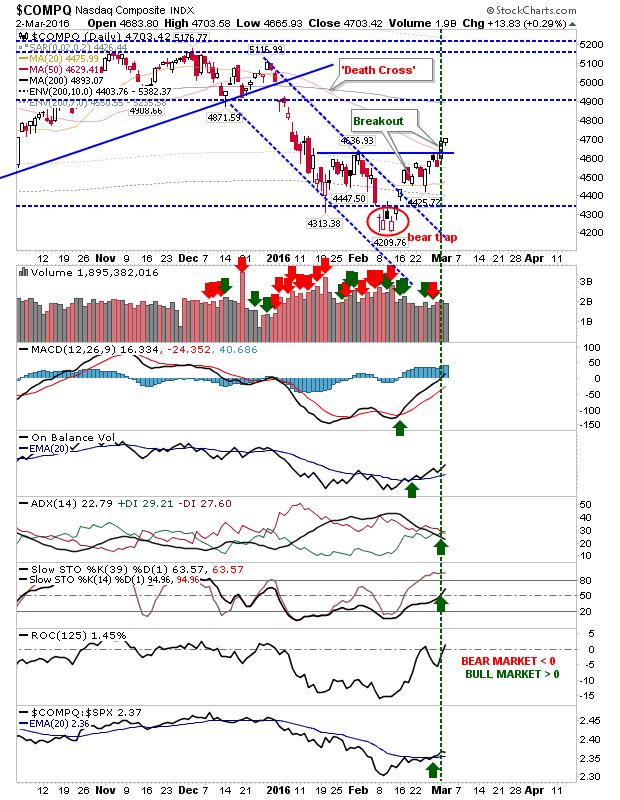 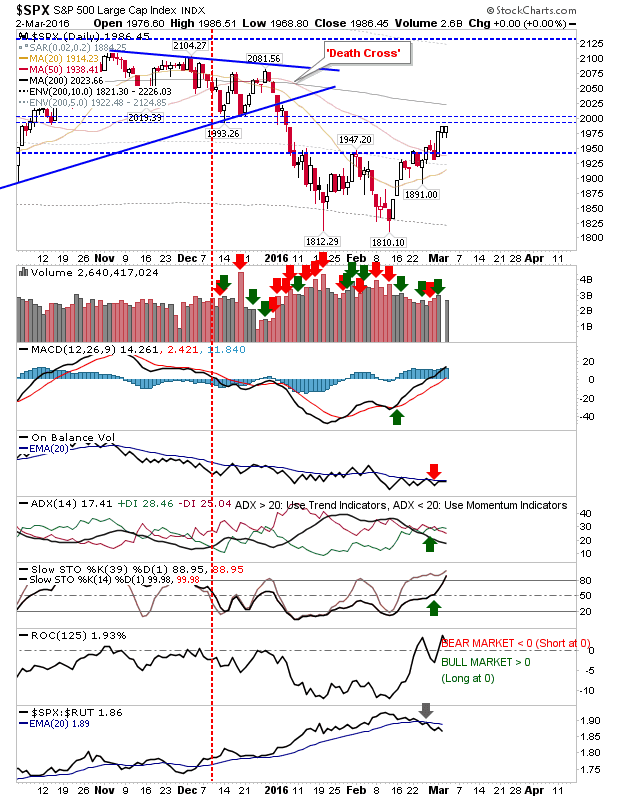 The Semiconductor Index will tag the 200-day MA tomorrow. 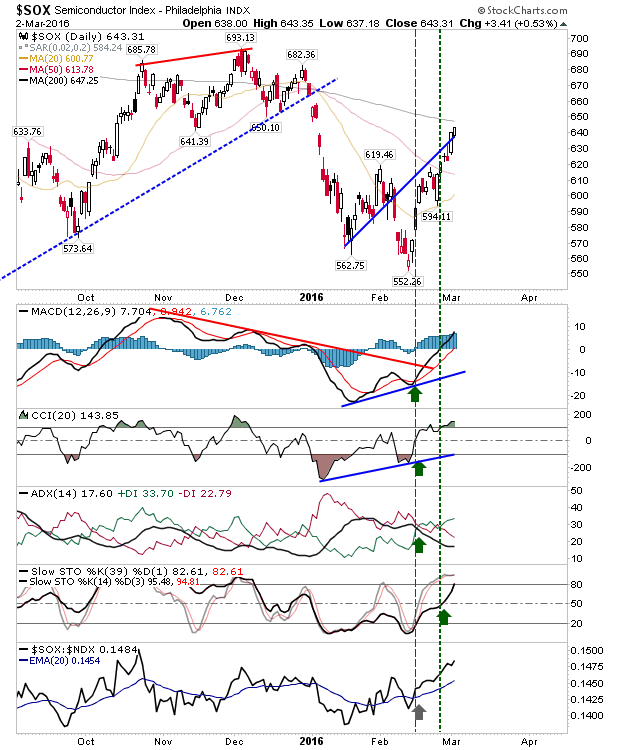 Tomorrow will be another chance for bears to try again, but action over the past few days suggests a trade low is in place’