Monday’s selling in itself wasn’t too damaging, but Tuesday and today’s action managed to suppress attempts by buyers to claw back those losses.

With indices finishing near Monday’s lows I would now be of the opinion we are going to see further losses.

The biggest worry is the Russell 2000(NYSEARCA:IWM). The bullish handle is still intact, but with today’s close right on support I would be looking for this to break tomorrow. On a more positive note, selling volume was light and the index is still managing to outperform both the S&P(NYSEARCA:SPY) and Nasdaq(NYSEARCA:QQQ). Technicals are approaching a fresh MACD ‘sell’ trigger. 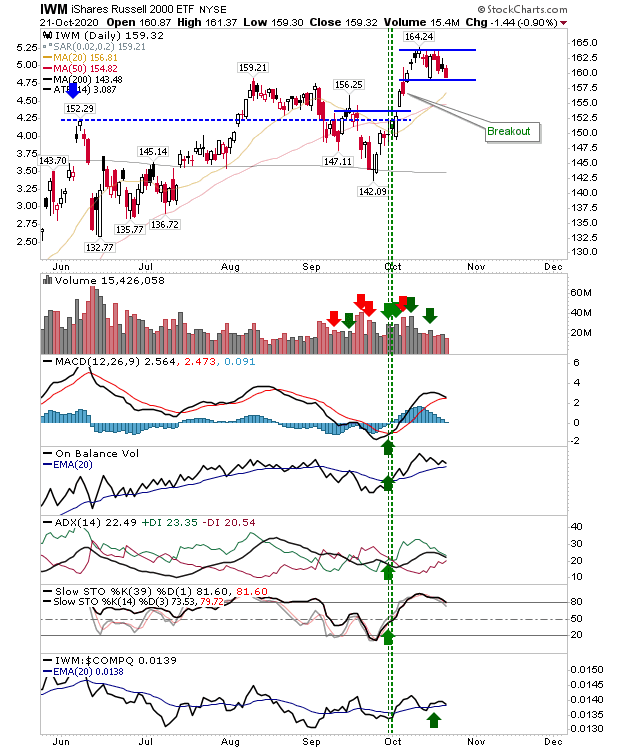 The S&P also closed the day at the lows of Monday, but remained above the 20-day and 50-day MAs. Technicals are still net positive but the MACD and ADX are on the verge of  ‘sell’ signals.  The double doji sequence could be viewed as a bullish harami doji by optimists – often a reliable reversal signal – but I think we would need an open gap tomorrow which holds for this to be a viable alternative (the first 30 minutes of trading is key for any opening gap). 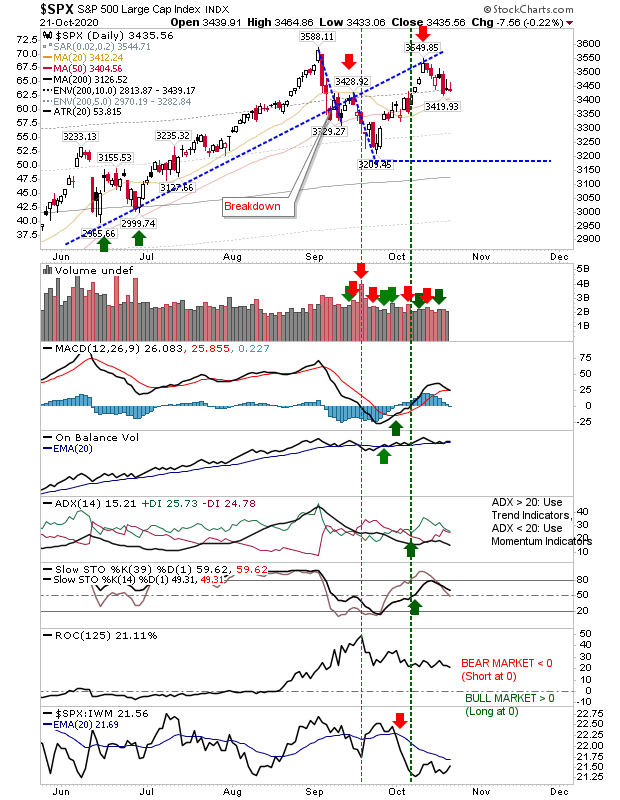 The Nasdaq experienced a little bit more selling that the S&P, but the net outlook is the same. The 20-day and 50-day MAs are there to offer support should sellers take control tomorrow, but any such test is likely to come with a ‘sell’ trigger in the MACD – so bears will be piling on the pressure. However, bulls still have a small edge as long as Monday’s lows hold as support, but it’s squeaky bum time. 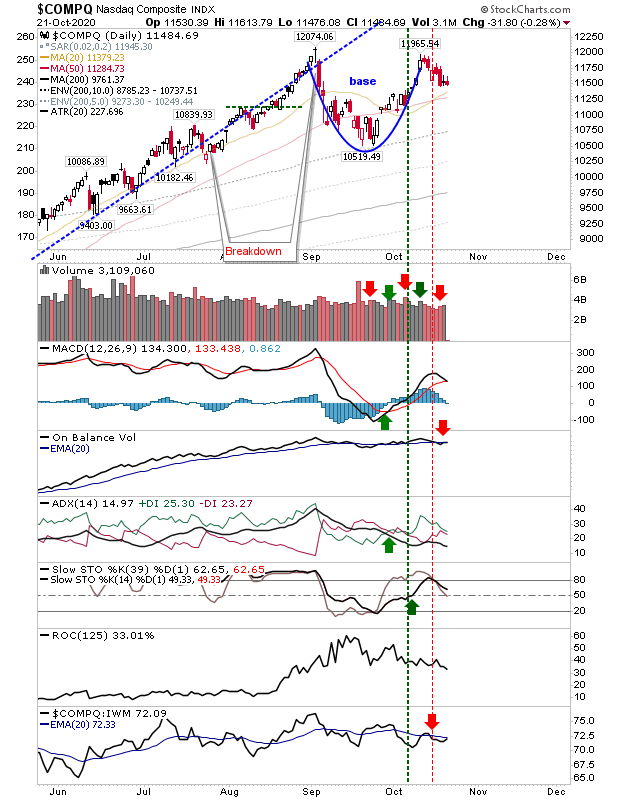 We head into the second half of the week with bears trying to build on Monday’s selling. The trend into September was firmly bullish from March lows, before the shift into a sideways consolidation. The consolidation is still in play despite this week’s selling; one strong day would probably be enough to undo the last three days but with pressure on support buyers will need to step in soon.