Options trading, at its core, is defining risk, leveraging a minimal amount of capital, and maximizing return on investment.

Options trading in combination with broad-based index funds and cash-on-hand provides portfolio agility in the face of market corrections and volatility expansion. Although options trading provides a margin of downside protection and a statistical edge, no portfolio is completely immune from sharp double-digit declines when a correction occurs. A liquidity position provides portfolio agility to contend with and rapidly adjust when faced with extreme market conditions such as the September market correction.

An agile options based portfolio is essential to navigate pockets of volatility(NYSEARCA:VXX). The recent September correction was a prime example of why maintaining liquidity is one of the many keys to an effective long term options strategy. Over the past six months (May, June, July, August, September, and thus far in October), 127 trades were placed and closed. An options win rate of 98% was achieved with an average ROI per trade of 7.4% and an overall option premium capture of 91% while outperforming the broader market despite the September downturn. Along with these metrics, three losses were suffered in September. Analyzing these three losses via self-reflecting and learning will enable traders to make positive future adjustments to their trading strategy.

Since March, the September sell-off was the worst technology rout, while the Dow(NYSEARCA:DIA) and S&P 500(NYSEARCA:SPY) posted four-week losing streaks, their longest losing stretches since August 2019. The Nasdaq (NYSEARCA:QQQ)had its first weekly gain in four weeks at the tail end of September. All the major indices sold off double-digits and into correction territory throughout September. This recent September correction provides a great opportunity to demonstrate the durability and resiliency of an options-based portfolio.

Despite the indices being in correction territory for September, following the 10 rules in options trading via leveraging small amounts of capital, defining risk, and maximizing returns have generated a positive return related to the options portion of the portfolio. The positive options returns were in sharp contrast to the negative returns for the overall market. Generating consistent income without guessing which way the market will move with the probability of success in your favor has proven successful despite the September correction.

When compared to the broader S&P 500 index, the options-based portfolio has outperformed this index. In even the most bullish scenario post-COVID-19 lows where the markets erased all the declines inflicted by the pandemic, this approach has outperformed the S&P 500 by a narrow margin through 30SEP20. The options-based portfolio generated a 31.9% gain compared to 30.1% for the S&P 500 index.

Overall, in May, June, July, August, September, and October, 127 trades were placed and closed. An options win rate of 98% was achieved with an average ROI per trade of 7.4% and an overall option premium capture of 91% while outperforming the broader market over the September downturn (Figures 1, 2, 3, and 4). 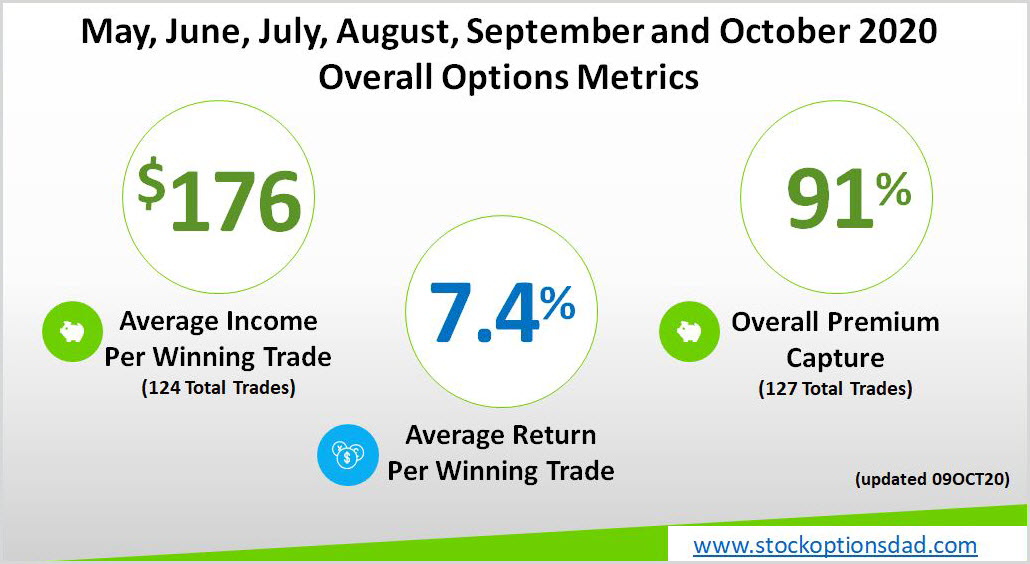 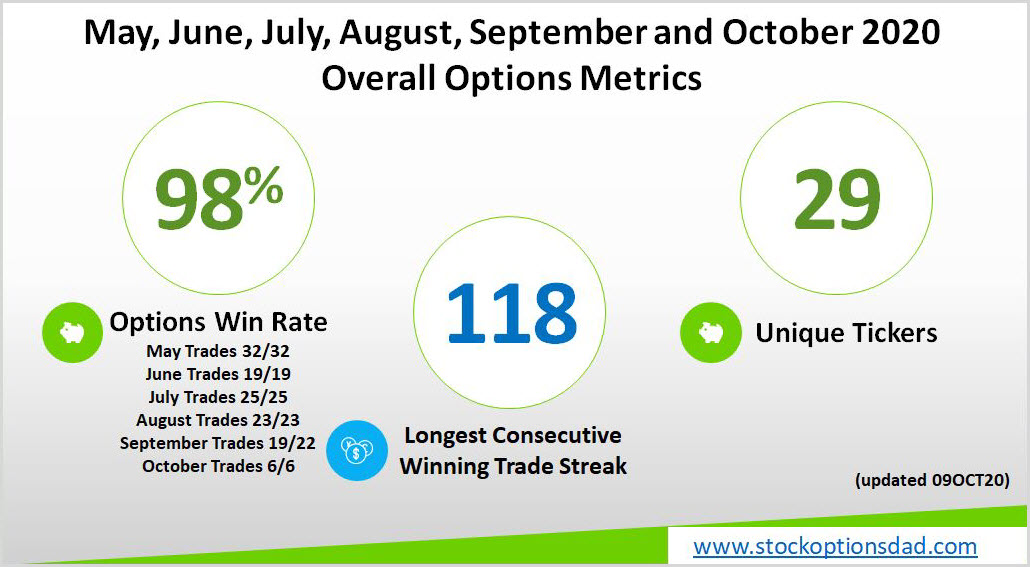 Figure 3 – ROI per trade over the past 127 trades. These trades are provided via a trade notification service – Trade Notification Service

Figure 4 – Percent premium capture per trade over the past 127 trades. These trades are provided via a trade notification service – Trade Notification Service

Risk management is paramount when engaging in options trading. A slew of protective measures should be deployed if options are used as a means to drive portfolio results. When selling options and running an options-based portfolio, the following guidelines are essential:

Analyzing the 3 Losses Over 127 Trades

C was a put spread at with strikes of $45/$42.50, and the stock moved down from $52 on the Monday leading into expiration to sub $45 over two days or a 13.5% move down. I decided to take a realized loss and close out the trade prior to expiration.

FB was a diagonal put spread with strikes of $260/$250, and the stock moved down from $304 in early September to sub $250 or a 17.7% move down as expiration approached. With a small bump above the $250 strike, I decided to take a realized loss and avoid any max loss situations prior to expiration.

Based on the option lifecycles, underlying stock movements, and the ability to mitigate risk, I decided to close out these trades to avoid assignment. Losses will happen; however, it’s important to note that these trades were risk-defined, stocks were in different sectors, and the risk/size of these trades were appropriate based on my portfolio. Strike widths were reasonable per trade with solid ROI had the trades materialized. Losses were contained, and these trades were also placed at a delta of ~0.15 or had an 85% probability of success at the time of expiration. Earnings were not a factor, as all three companies had already reported. The trade set-ups were solid, and unfortunately, you can’t win every trade despite the 118 consecutive trade winning streak.

It’s noteworthy to point out that over 100% premium capture was obtained in July and August. This premium capture overage negated the trade losses when viewed on a longer multi-month look back when considering comprehensive metrics. This is why I prefer diagonal spreads better to control the tail-end risk of these trades and extract over 100% premium capture to help offset any future losses like these. The further dated protection leg will provide more flexibility and optimize risk mitigation.

Using CVS, spread trade as an example with a $60 strike and a $57.50 protection strike. The premium income was $0.33 per share; thus, the breakeven is $59.67 per share. The shares traded lower from $66 in mid-August to $57.50 mid-September for a 13% drop. For these reasons, I always use risk defined trades, preferably diagonal spreads, and limit the trade capital allocation relative to the overall portfolio size.

It’s noteworthy to point out that assignment could happen at any time when the shares are in-the-money. If you’re assigned shares, then you can exercise your protection strike and sell the shares at $57.50 to cap any losses at $217 per contract. The math here is assignment @ $60 – exercise sale @ $57.50 to cap losses = $250. The $250 of leveraged capital less the premium income of $33 = $217 max loss per contact.

Action item(s) on or before expiration

5. Take the assignment and collect the dividend and sell covered calls against the underlying security

Personally, I opt for action item #4 since the trade can’t get any worse. If there are up days leading into expiration, then time premium will be stripped out of the trade, and losses can be mitigated and/or the possibility shares retrace the $60 for a max gain.

Sticking to the core fundamentals of options trading, one can leverage small amounts of capital, define risk, and maximize investment return. Keeping a large portion of your portfolio in cash is essential to the overall strategy. Despite the indices being in correction territory for September, following the 10 rules in options trading has generated a positive return as it relates to the options portion of the portfolio. The positive options returns were in sharp contrast to the negative returns for the overall market. This negative backdrop demonstrates an options-based portfolio’s durability and resiliency to outperform during pockets of market turbulence.