Dow Stocks that Have Beat the Market

With the S&P 500 falling over 11% at the beginning of 2016, which big-name stocks in the Dow Jones have beat the market… and which have lagged it?

Let’s start with the relative strength leadership (if we can call it that) so far in the bearish start to 2016:

We’re just measuring simply the price performance so far in 2016.

At the moment, no stock is positive on this scale yet Wal-Mart (NYSE:WMT) is the “best of a bad start.”

Wal-Mart shares have fallen less than 1% when the other “top five” stocks have declined 2% to 3.5% as shown.

Here’s the Relative Strength Chart of Wal-Mart as we begin 2016: 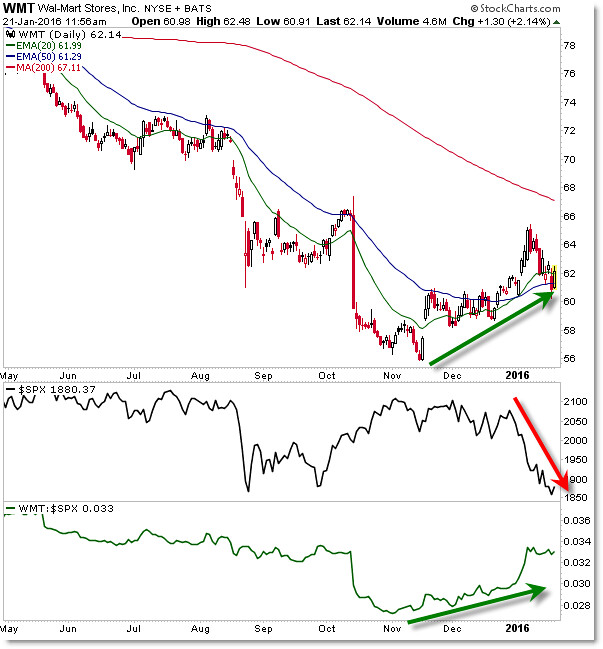 Wal-Mart remains in a downtrend but there may be signs of life and a bullish reversal if this picture continues.

Price reversed off a new 52-week low in November near $56.00 per share and price has crossed above falling daily moving averages.

Here’s the chart of “Relative Weakness” and there are a few big names on the list: 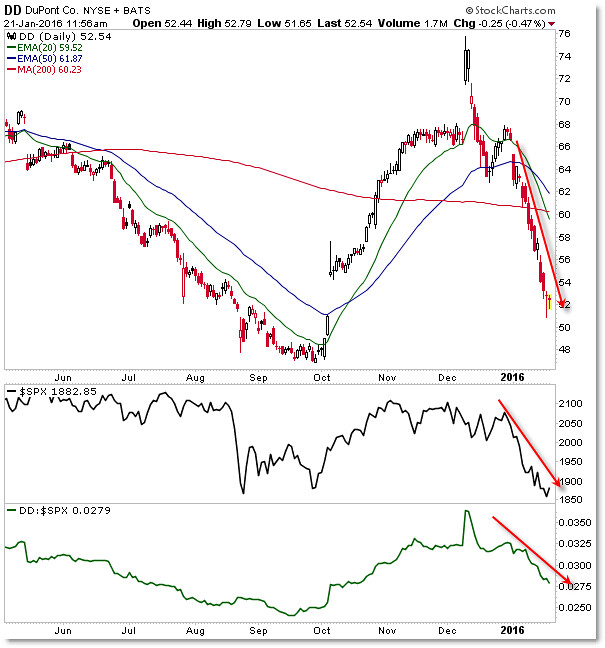 Price “fell faster” than the market which also declined through 2016.

The green lines in the chart represent the Relative Strength or the relation of the stock to the S&P 500(NYSEARCA:SPY).

The four other weak stocks in 2016 include big financial companies Bank of America (BA), along with Goldman Sachs (GS) and JP Morgan Chase (JPM).

Cisco (CSCO) also makes the list as the #4 weakest stock so far.