With the election fast approaching we see the tension express itself in the market with an increase in volatility(NYSEARCA:VXX).

The direction of the popular vote may be known, but its hard to see the result on Wednesday as been considered final – at least as long as Trump doesn’t win. The vote will tighten on Tuesday and only a blowout will prevent the legal wranglings to follow. None of this makes for comfortable reading for the market, and this uncertainty is coming to a head.

The September bounce has faded, but the S&P(NYSEARCA:SPY) is able to find support support at the September swing low, suggesting buyers are willing to step in to support the market. Friday’s selling marked itself as confirmed distribution, so while there are buyers it may yet be sellers who take this beyond support and maybe into a test of the 200-day MA.  Technicals are all net negative, including what looks to be a trend reversal in on-balance-volume after a summer of accumulation. 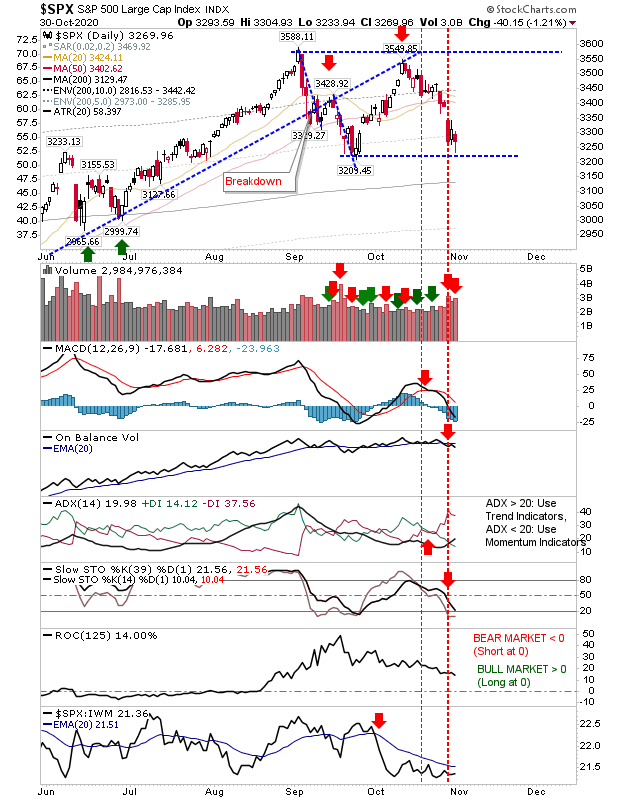 Tech averages have performed stronger, but it’s hard not to see a similar pattern play out for the Nasdaq as for the S&P. It may be after the election when the September low test happens. But if there is an early response on Monday from the S&P it may yet not come to that.  Friday’s selling also marked itself as confirmed distribution. 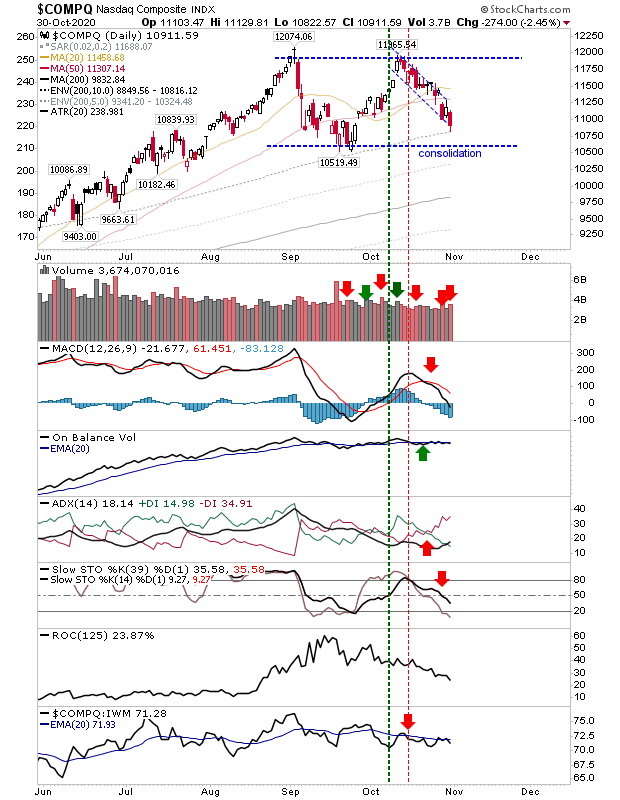 The Russell 2000(NYSEARCA:IWM) is caught in a bit of a no-mans-land. It did experience distribution selling on Friday along with the S&P and Nasdaq(NYSEARCA:QQQ), but from a price perspective, it held on to its prior day’a lows; there is some support for the index which is good news for broader markets. I have marked in a broad rising channel and the index is still a few days from testing it. Also, intermediate-term stochastics are still bullish, so with just a couple of days until the election, the likelihood of the Russell 2000 emerging from the result on a bullish footing is still quite high. 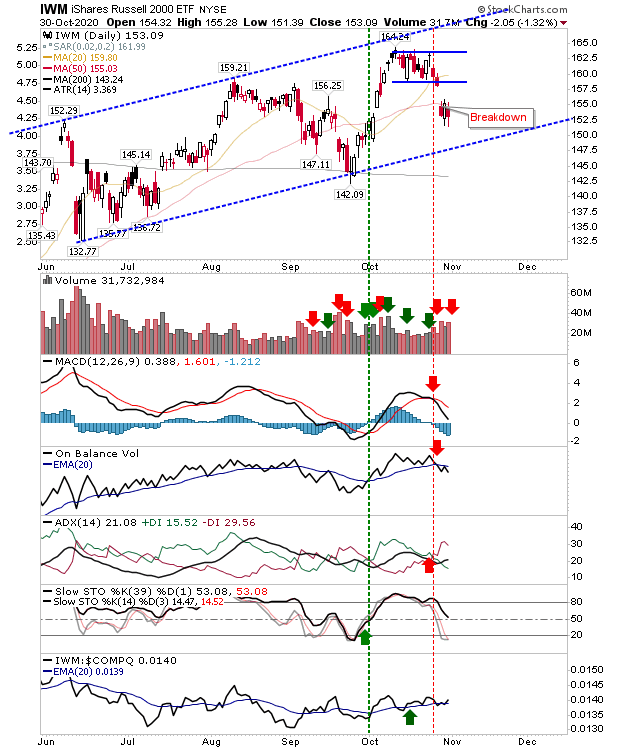 I haven’t mentioned it much in recent weeks, but the Dow Industrials Average(NYSEARCA:DIA) has a big test on Monday. It had a relatively positive Friday after a successful test of its 200-day MA so how this plays out next week will be interesting. Again, it did experience confirmed distribution on Friday and it is an index which has move towards a confirmed distribution trend in On-Balance-Volume; so sellers are in control. 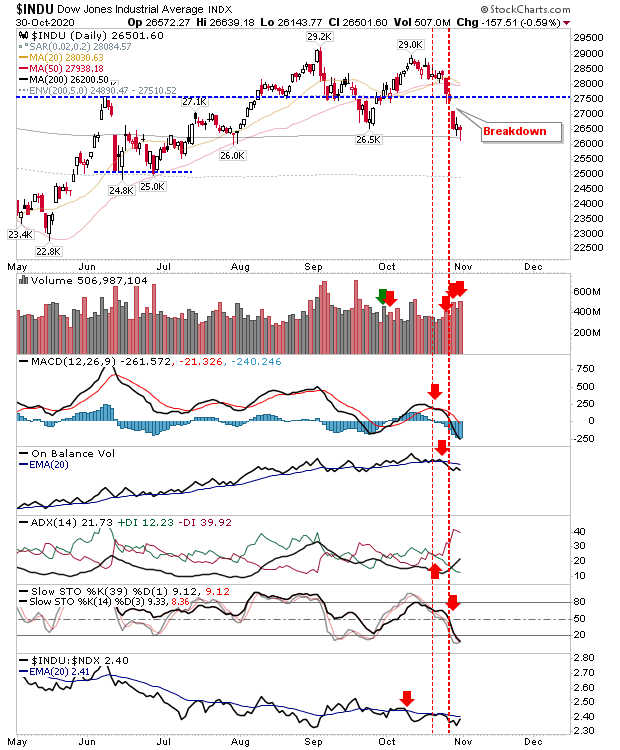 Republicans are likely to close the gap in public polls as we approach the election. I don’t understand how anyone could vote Republican in the current election but there is a sizable group of people (40%+) who don’t seem to have a problem voting Trump. It’s okay to be a Republican and not vote, but to actively turn out Tuesday and vote for him seems abhorrent and self-centered; there is no ‘okay’ in this. By Wednesday, the die will have been cast and what follows will be the next phase, both for markets and for America.