It was an excellent Friday for bulls with light volume the only mark against the indices.

Semiconductors led the way as after much toing and froing in recent weeks the index finally made a decisive most past resistance.

The breakout for the Semiconductor Index came with a solid uptick in relative performance against the Nasdaq 100, although this move should help Tech Indices follow higher. 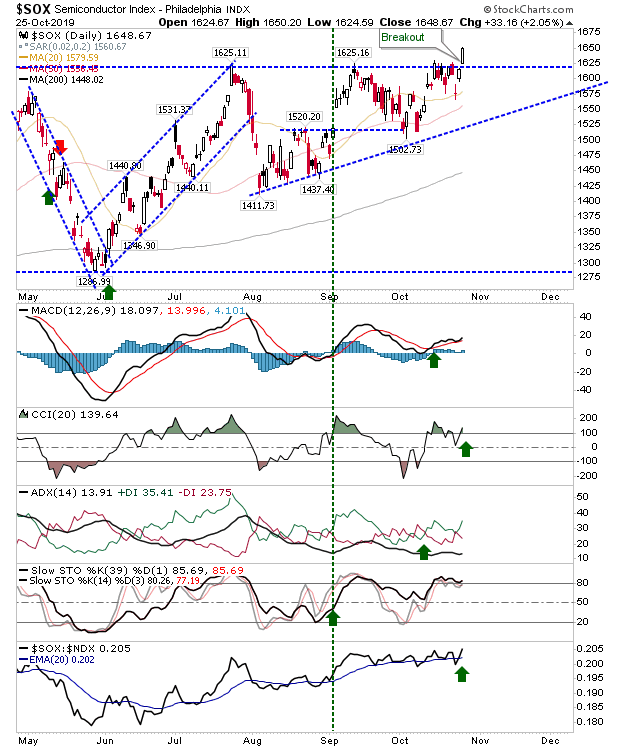 The warm and fuzzy feeling extended to the S&P (NYSEARCA:SPY)which is neatly up against resistance and ready to push higher. While Friday’s volume was low there was an uptick in On-Balance-Volume, enough to leave it close to a breakout of its own; a good confirmation signal for an eventual price breakout. Despite the gain, there was a downtick in relative performance against the Russell 2000 – which in itself also bullish as money is cycling into more speculative stocks. 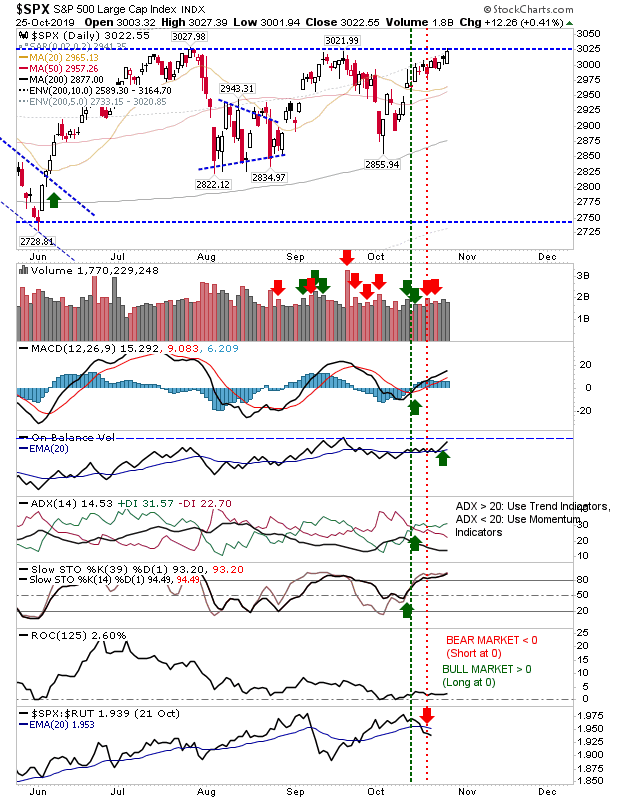 The Russell 2000(NYSEARCA:IWM) may have had one of the better days on Friday, but it’s still a long way from breaking out to new all-time highs. Even at its current rate of ascent, it’s looking like it will be 2020 before this index is at new 52-week highs. Value hunters will find joy in Russell 2000 stocks, but success in this fashion will be more hit-and-miss. 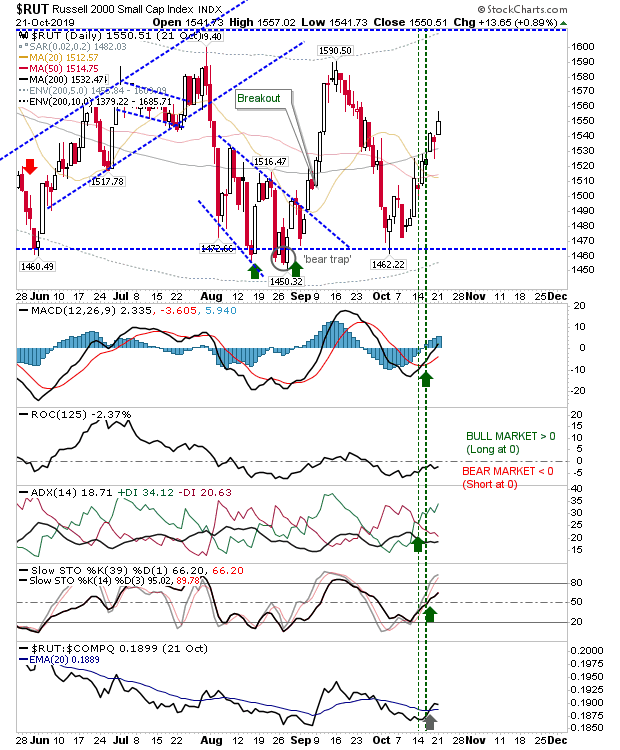 The Nasdaq(NYSEARCA:QQQ) managed a mini-breakout on Friday as it broke out from a tiered base resistance level, just shy of its 52-week high. Volume was just high enough to see this as an accumulation day, but it helped give a big uptick in relative On-Balance-Volume; technicals are all net bullish. Again, all healthy action with the converged 20-day/50-day MAs acting as areas of potential support on any future weakness. For Monday, it will be about consolidating Friday’s gains and finishing close to the highs. A breakout in the S&P would be great to see and offer a potential starting point for an early Santa(!) rally.