Fifth District manufacturing activity grew in November, according to the most recent survey from the Federal Reserve Bank of Richmond. The composite index fell from 12 October to 11 in November and indicates expansion.

Here is a snapshot of the complete Richmond Fed Manufacturing Composite series. 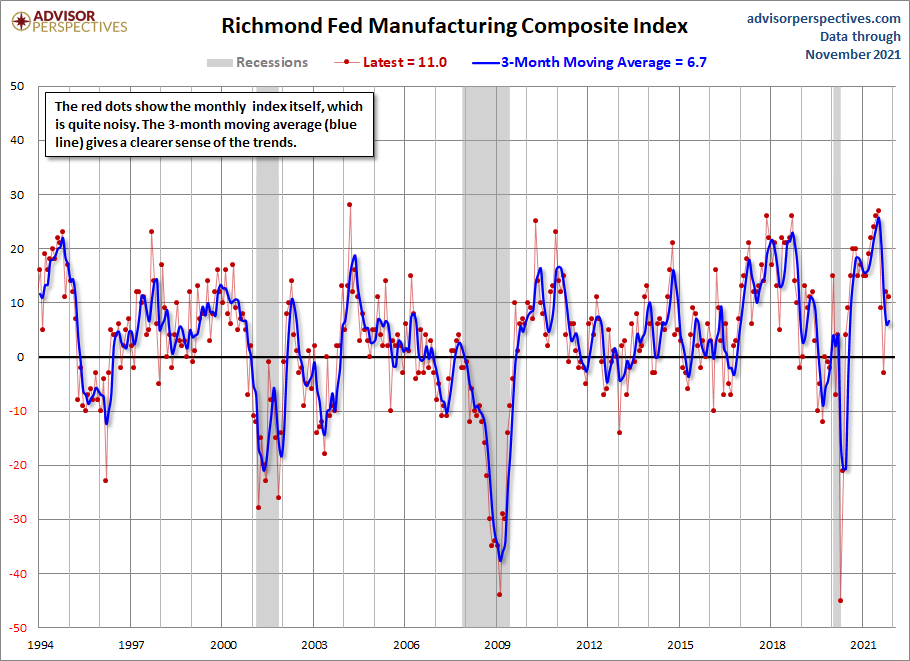 Here is an excerpt from the latest Richmond Fed manufacturing overview.

Fifth District manufacturers reported growth in November, according to the most recent survey from the Federal Reserve Bank of Richmond. The composite index inched down from 12 in October to 11 in November but remained in expansionary territory. All three component indexes — shipments, new orders, and employment — continued to reflect growth. However, many firms reported that inventories were too low, as the index for finished goods inventories reached its lowest value on record. Meanwhile, vendor lead times and backlogs of orders continued to grow. Manufacturers remained optimistic that business conditions would improve in the coming months. Link to Report

Here is a somewhat closer look at the index since the turn of the century. 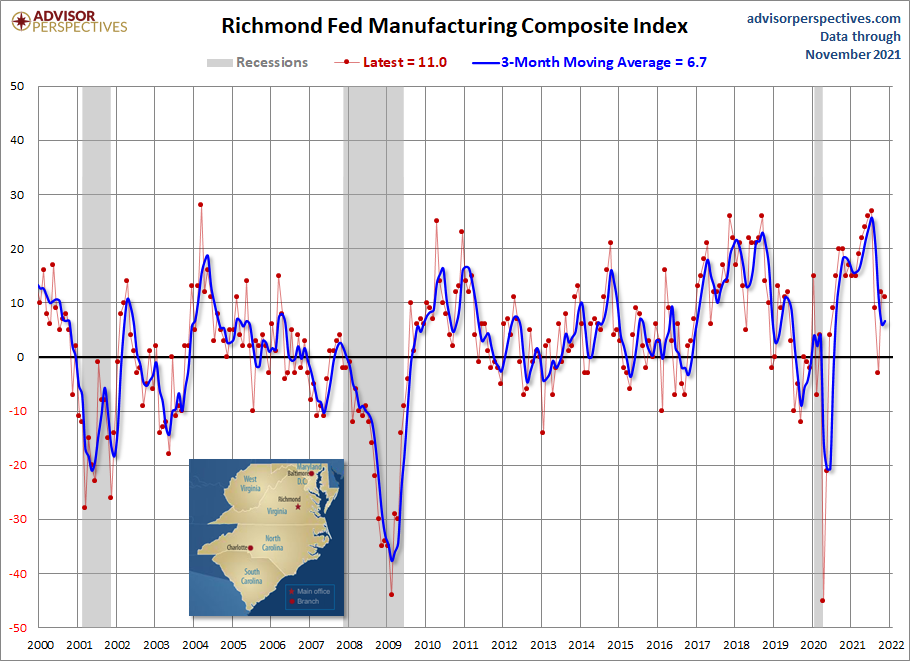 Is today’s Richmond composite a clue of what to expect in the next PMI composite? We’ll find out when the next ISM Manufacturing survey is released (below). 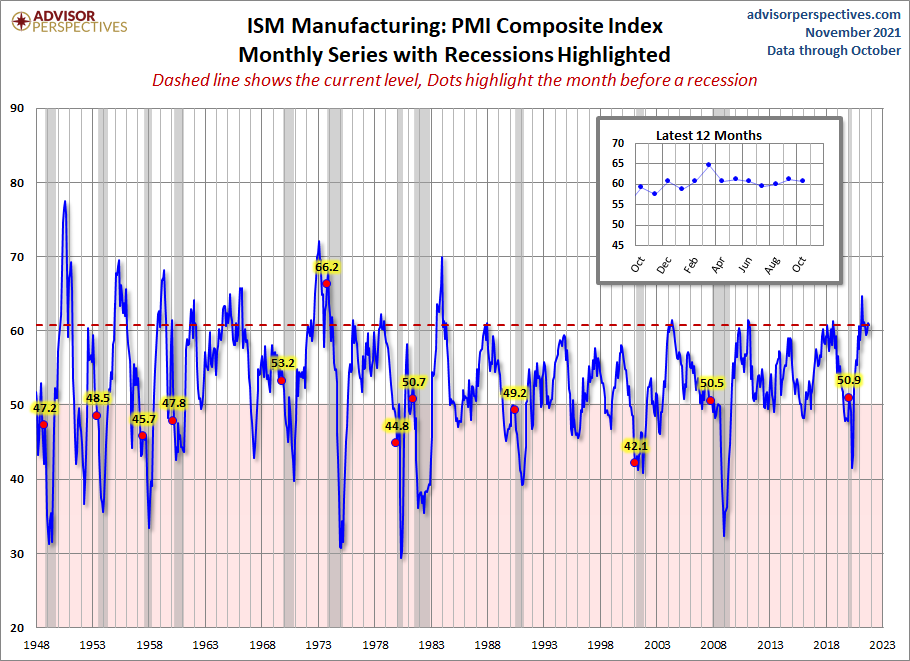 Let’s compare all five Regional Manufacturing indicators. Here is a three-month moving average overlay of each since 2001 (for those with data). 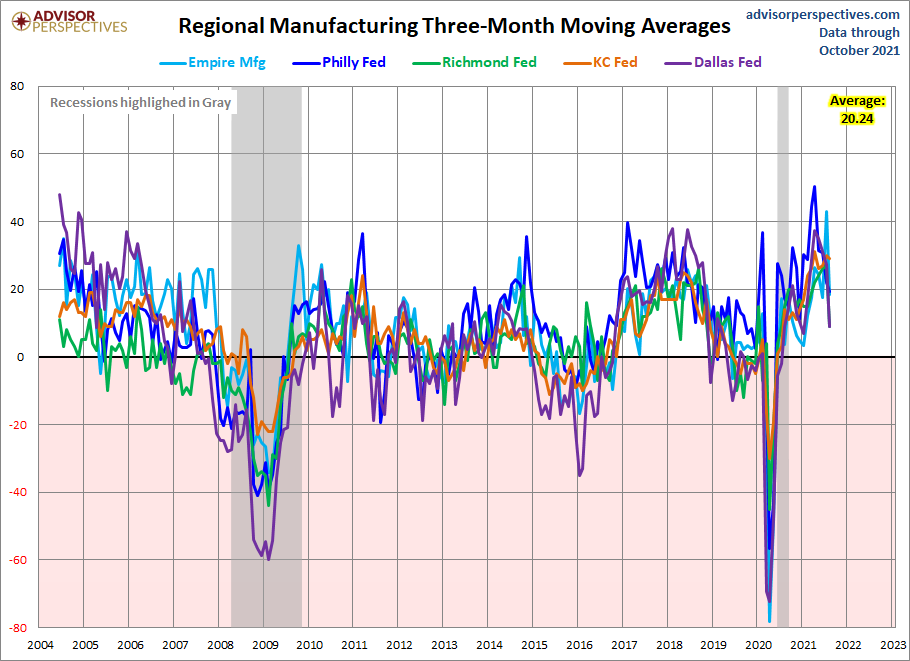 Here is the same chart including the average of the five. 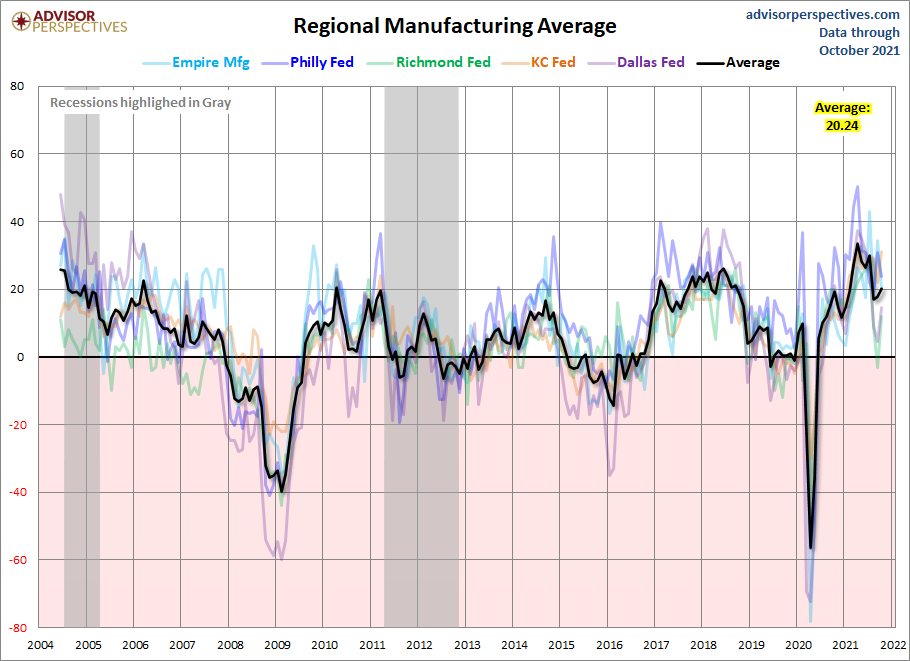 Here are the remaining monthly manufacturing indicators that we track: