Are you ready to be surprised?

Simply stated, these stocks should be avoided.

Let’s chart these names, two of which may be very surprising to you: 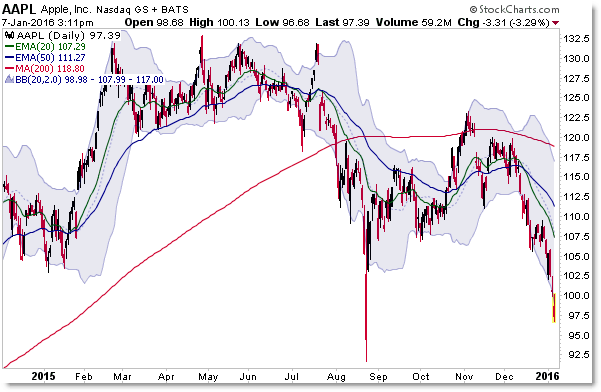 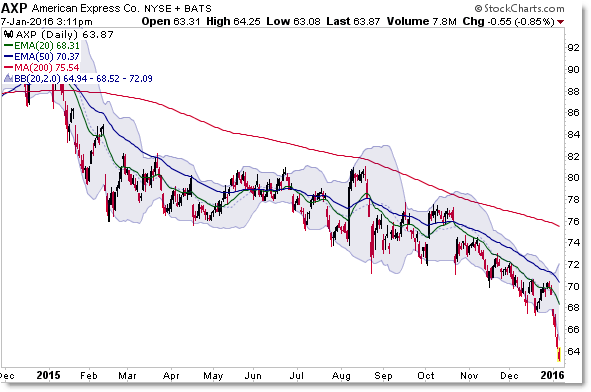 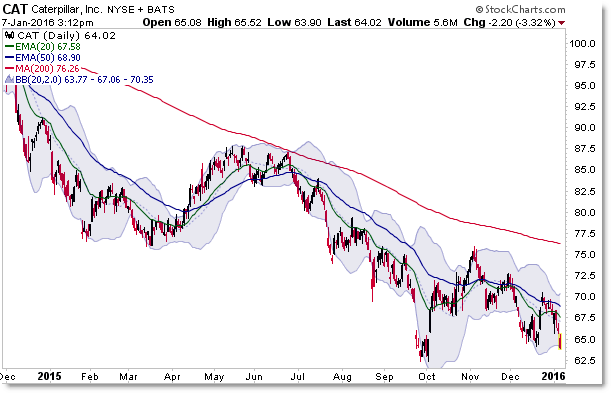 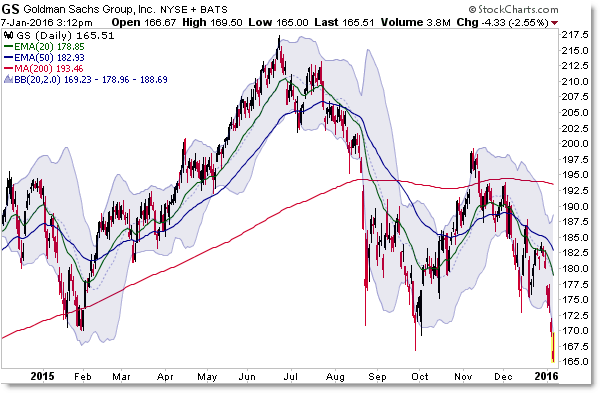 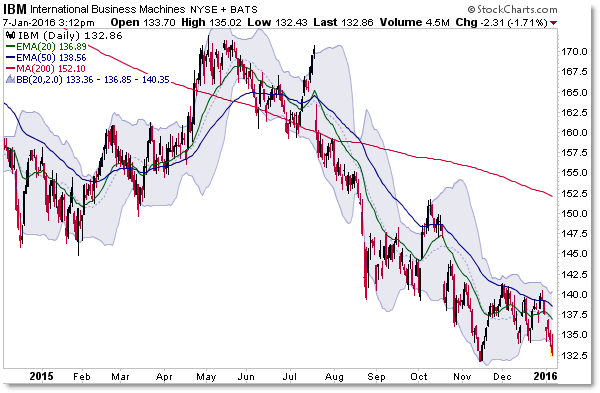 Collectively, these are the five “weakest” stocks in the Dow (NYSEARCA:DIA) given their ongoing downtrends (lower lows and lower highs) along with the new 52-week lows achieved.

I’ve known Caterpillar (CAT), American Express (AXP), and IBM have all been weak through 2015 (they appeared repeatedly on stock scans I posted), but I was surprised that two leading companies topped the list.

Goldman Sachs (GS) can do no wrong in the investment world, yet their stock has fallen 25% since the early 2015 peak.

The stock is in a free-fall collapse currently, having achieved a new 52-week low this morning.

Apple (NASDAQ:AAPL) has struggled in 2015, creating a reversal or distribution pattern ahead of the August collapse.

Shares recovered and resumed the downtrend, collapsing under the $100 per share support level today.

Again, Caterpillar, American Express, and IBM have been weak and downtrending.

To summarize, here is a quick multi-timeframe comparison of performance:

Our strategies call for trading strong stocks in strong sectors in uptrends… and either avoiding or short-selling (hedging) weak stocks in weak sectors in downtrends.

Study these trends and the likely weakness ahead for these downtrending and weak stock prices.