Why the focus on the September highs? Because they came with extremes in breadth metrics for the S&P and Nasdaq – marking levels typically associated with a major top.

The action from Monday had looked like it was going to end the consolidation established from the September peak but again it was not to be. Today is not the start of a crash, but it is disappointing.

The S&P (NYSEARCA:SPY) is back at breakout support on the back of heavy volume distribution. The loss added to the relative loss against the Russell 2000(NYSEARCA:IWM). While today marked a loss, the presence of support hasn’t totally negated bullish opportunity. 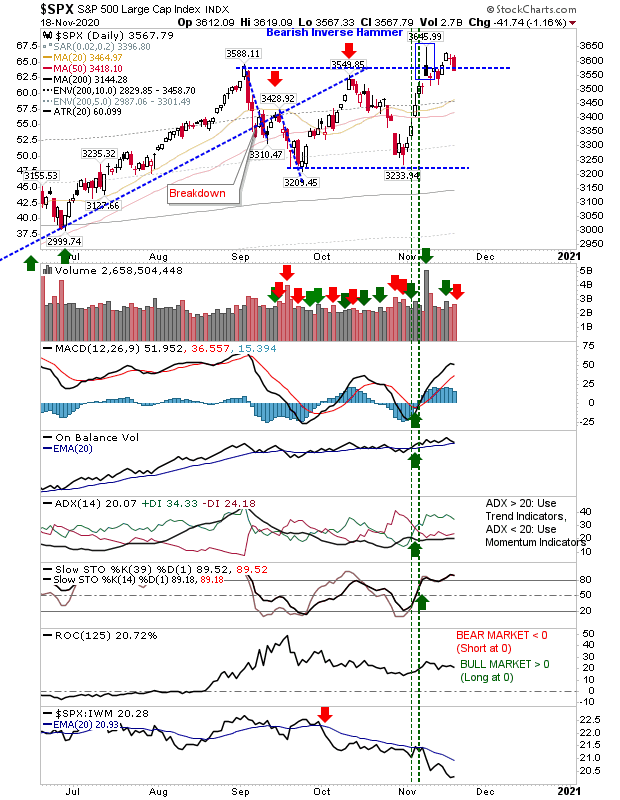 The Nasdaq (NYSEARCA:QQQ) was hit by another reversal at resistance. The loss came with a ‘sell’ trigger in On-Balance-Volume, but as there was no confirmed distribution the selling was not as damaging. However, relative performance against Small Caps has fallen off a cliff. 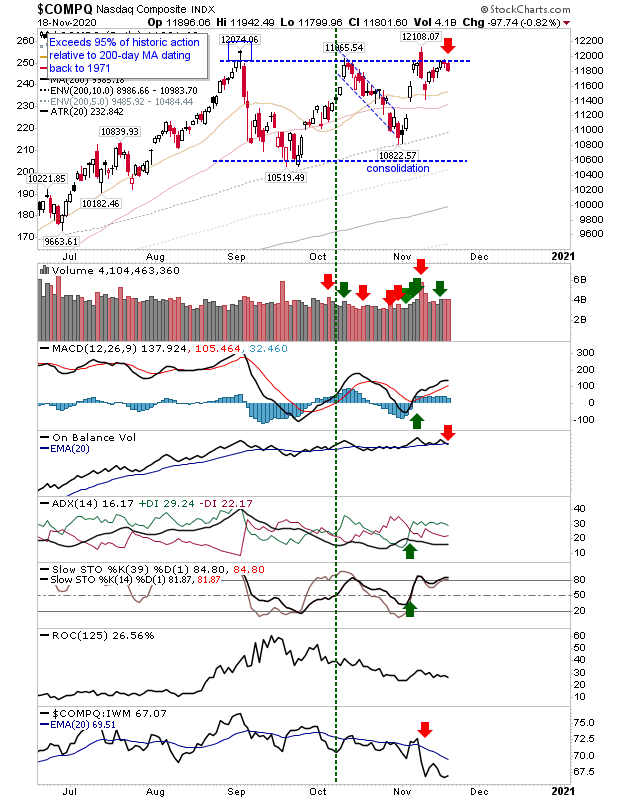 The Russell 2000 (NYSEARCA:IWM) finished with ‘bearish cloud cover’, although it’s not under the same restrictions as the Nasdaq and S&P when it was underperforming, but is now well ahead from where it was in September. The index has been doing mot of the leg work since October and has been attracting most of the buyers, but it too has been pegged back by the dominance of the previous Monday’s big bearish candlestick. 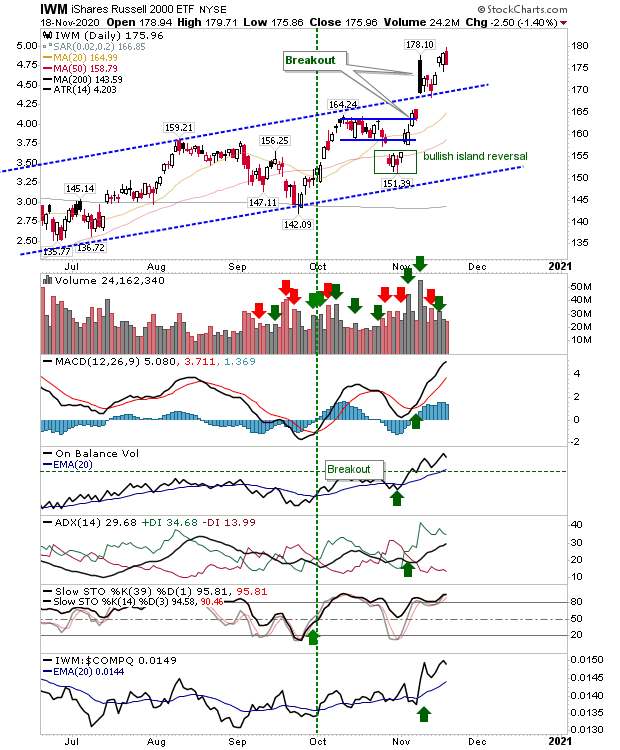 All indices have work to do to re-establish themselves. The Russell 2000 has the most flexibility because it has enjoyed a solid November run and can afford to step back a little. The S&P and Nasdaq still need to get out from September’s shadow, but don’t have the same amount of wiggle room as the Russell 2000 to work with. Watch these two indices closely.