The French election result was greeted as a welcome trigger for breakouts. All indices benefited from the action.

Best of the action was in the Russell 2000(NYSEARCA:IWM). The Russell 2000 cleared 1,390 which marked a resistance level of the former bearish consolidation triangle. Technicals are all bullish and an intraday move which pushed below 1,390 but came back by the close would be very healthy for bulls. 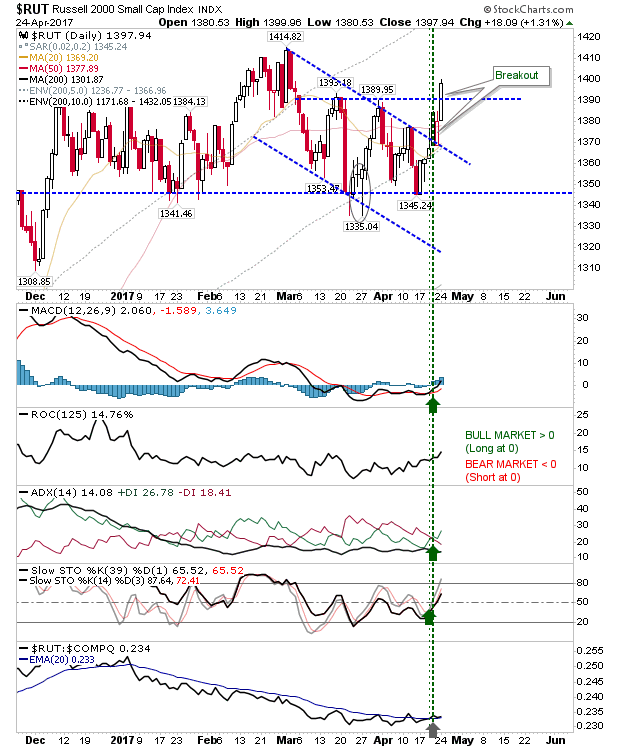 The Nasdaq (NYSEARCA:QQQ) gapped to new all-time highs. The bulk of the gains were banked by the open. If Monday’s gap can hold then the breakout gap has the potential to become a measuring gap; which would put a target of 6,380s on the menu. 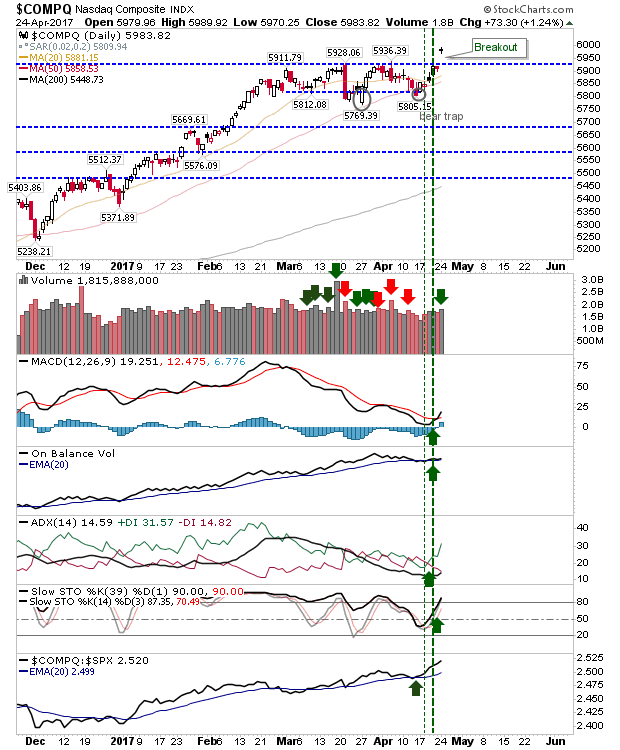 The gap breakout is also valid for the Nasdaq 100 as it broke past the convergence of resistance. 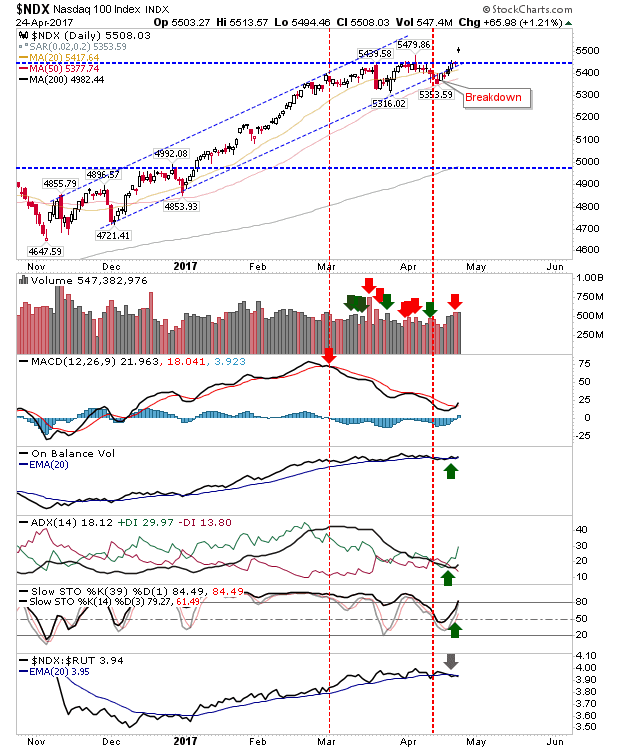 Even the S&P (NYSEARCA:SPY) was able to take part, blowing the cobwebs from Friday’s potential short opportunity. This gap breakout also coincided with a MACD trigger ‘buy’ and higher volume accumulation. 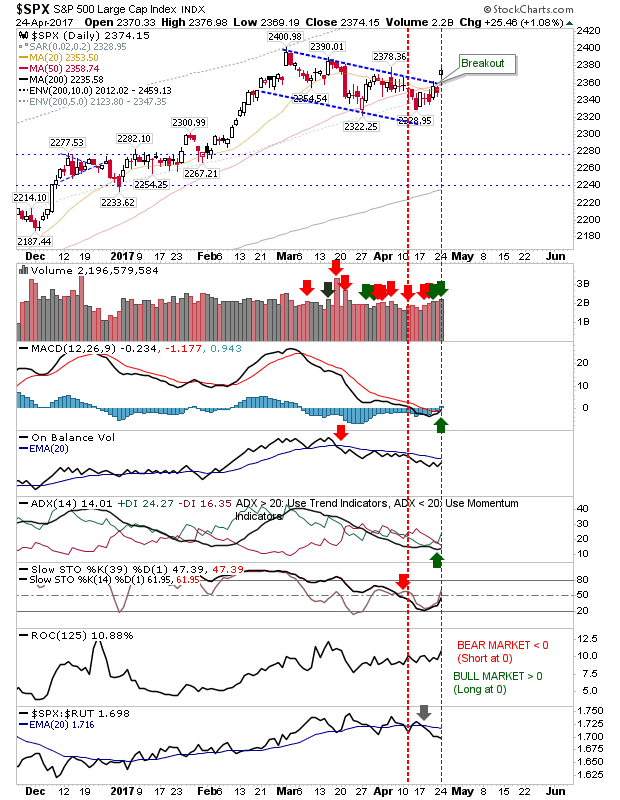 Tuesday will be about hanging on to these gains. Given the importance of resistance levels breached, it will be critical for bulls to hold on to the breakout gaps generated off the back of French election results. If  there is no backfill then the chance for measured moves to develop increases.

Watch for early weakness and gauge the reaction on a move inside the various ‘gaps’ generated by today’s action. If selling volume can remain light, then it will present a fresh buying opportunity for bulls to enjoy.  Stops will go on gap closure and return of indices below former breakout resistance now turned support.