Fresh Breakouts for the Tech Markets

The Nasdaq (NYSEARCA:QQQ) and Nasdaq 100 enjoyed strong volume with renewed ‘buy’ signals for the MACD in the Nasdaq 100 and +DI/-DI in the ADX for the Nasdaq. 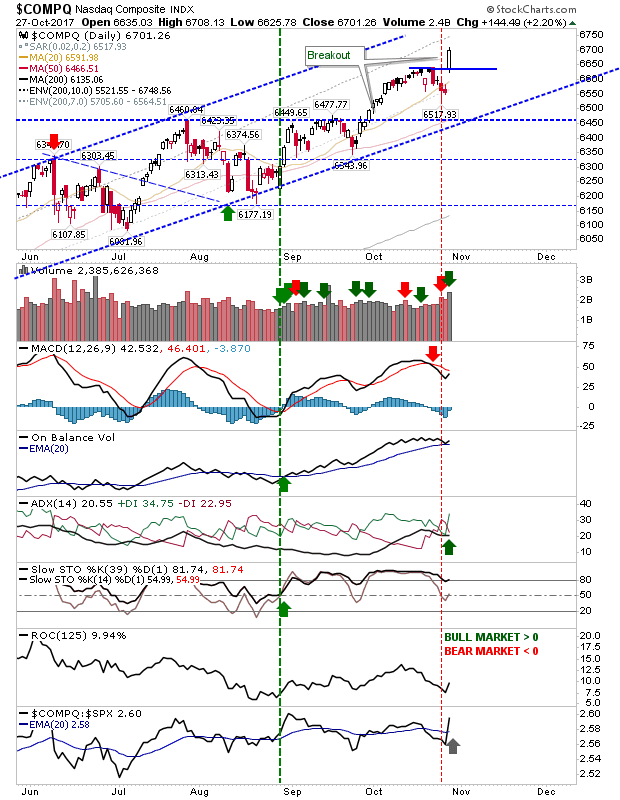 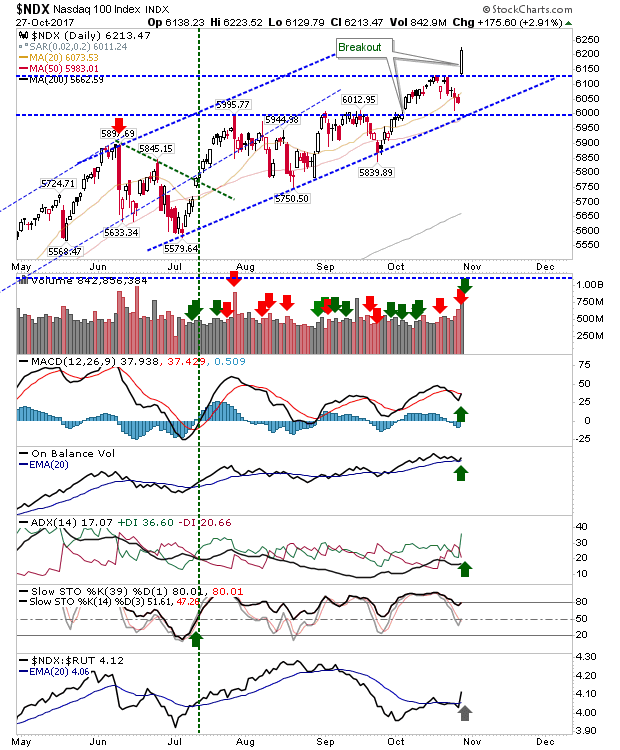 Not surprisingly, there were gains for the S&P(NYSEARCA:SPY).  Better still, the higher volume accumulation in this index negated the prior week’s ‘bull trap’. The breakout didn’t change the technical picture and the index is still edging a relative advantage over Small Caps. 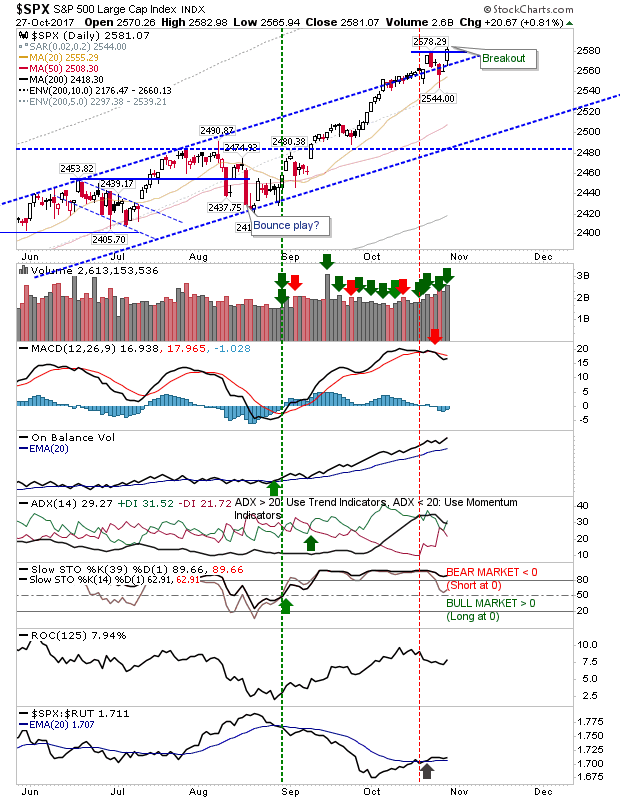 The Dow(NYSEARCA:DIA) was a disappointment. It enjoyed the volume but not the relative gain. 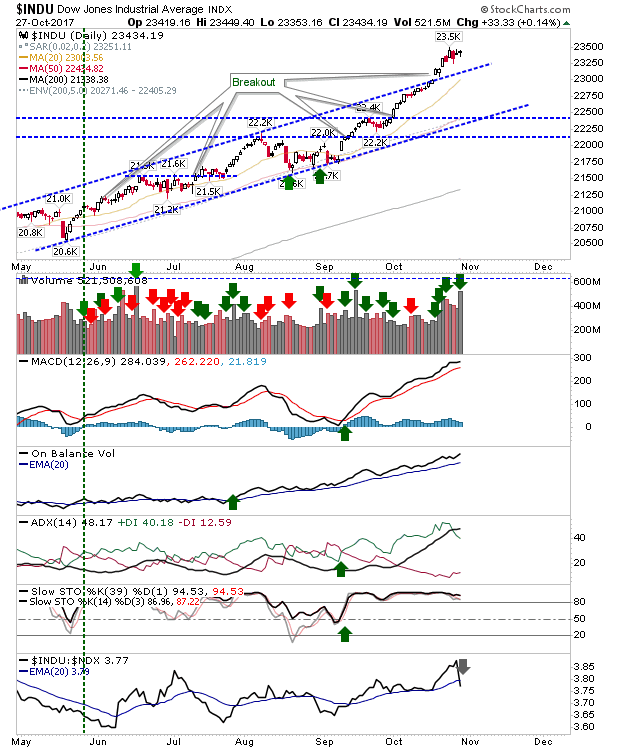 Small Caps continued to map out a broader ‘bull flag’. An argument could be made for a breakout from the ‘flag’ but Monday will tell. If there is a downside, because of bigger gains in other indices it has suffered a relative loss – reflecting a rotation of funding out of Small Caps – a potentially bearish scenario. 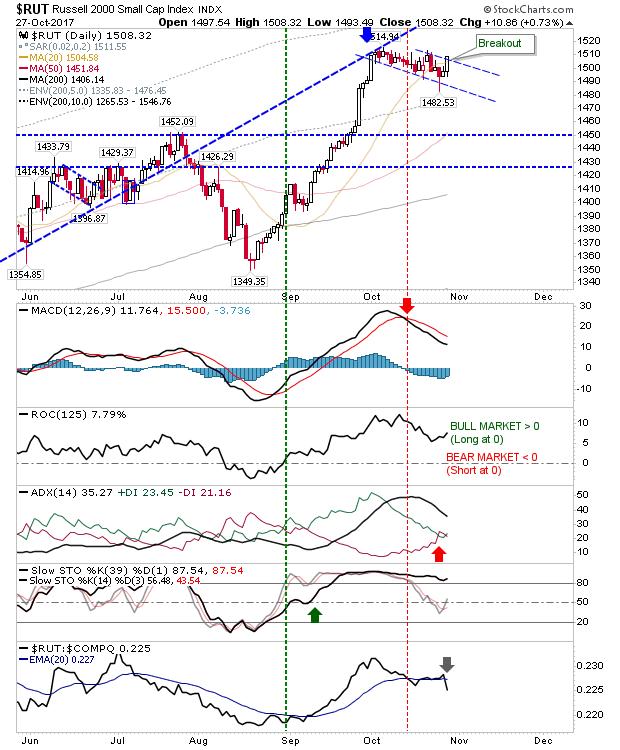 On longer time intervals the relationship between Discretionary and Staples has seen a marked acceleration. This has pushed past resistance and effectively reset the bear count. There is no immediate concern for bulls as a peak high here often lead a market top by a few months to a couple of years. 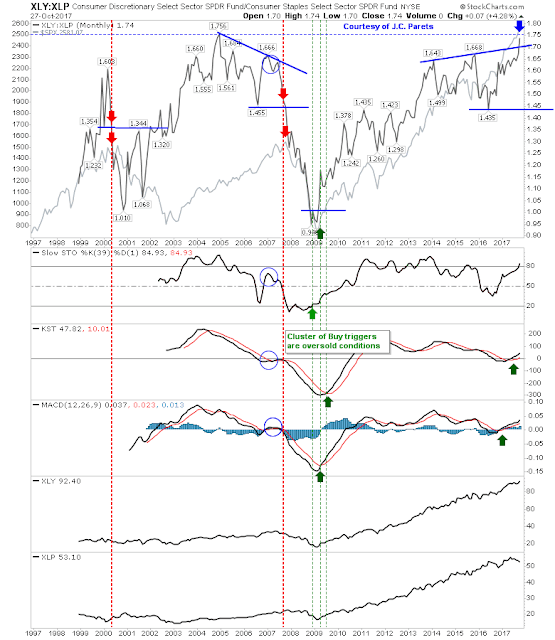 The more worrying set up for bulls is the relationship between Dow Transports and Dow Industrials. This is fast approaching support and a potential breakdown. 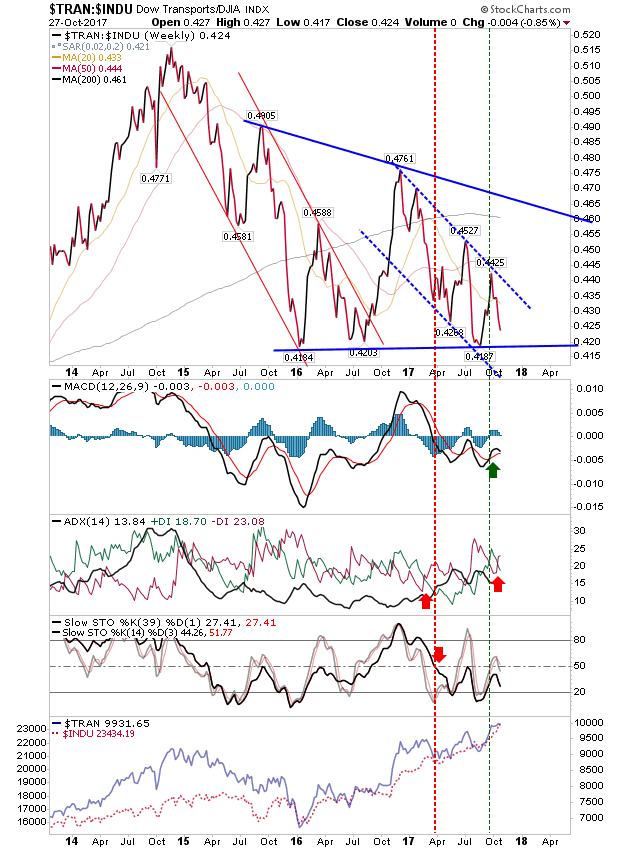 Big gains on opening gaps could kick start a new run much like breakouts in late September were followed by 4-5 days of gains. Better still, Friday’s breakouts were bigger than September breakouts.