Friday’s action was relatively uneventful with indices finishing near the day’s lows, but none accelerating on Thursday’s losses.

The one change on the intermediate term time frame was the net bearish turn in technicals for the Nasdaq 100. The index remains range bound from August and has struggled as Semiconductors, Small Caps (and now Large Caps) have shone. 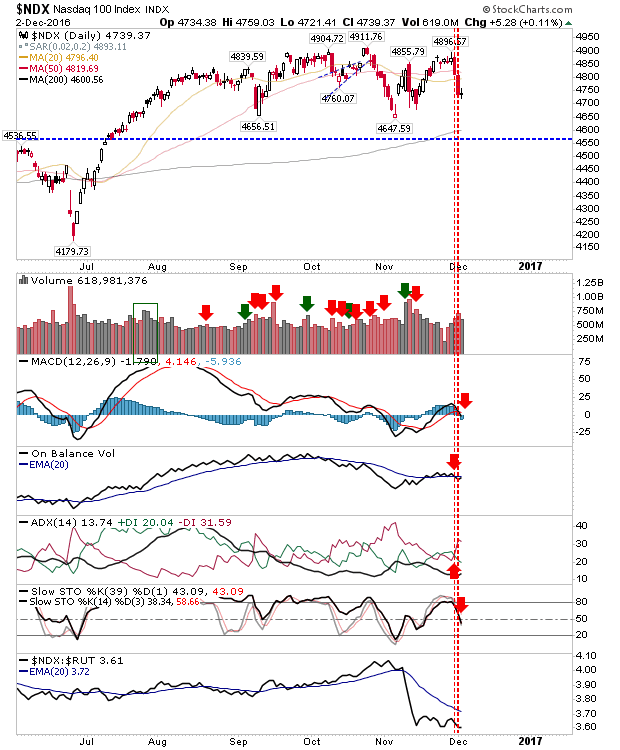 If there is a positive for the Nasdaq 100, along with other indices, it’s that the two-day action for Thursday/Friday has the look of bullish haramis (and harami crosses).  Traders can look to set up long-side trades with a stop below Thursday/Friday lows.

The Russell 2000(NYSEARCA:IWM) is heading towards its 20-day MA, a potential catalyst for a bounce. However, the index will have to deal with its recent MACD ‘sell’ trigger as technicals start to feel the pinch of last week’s selling. 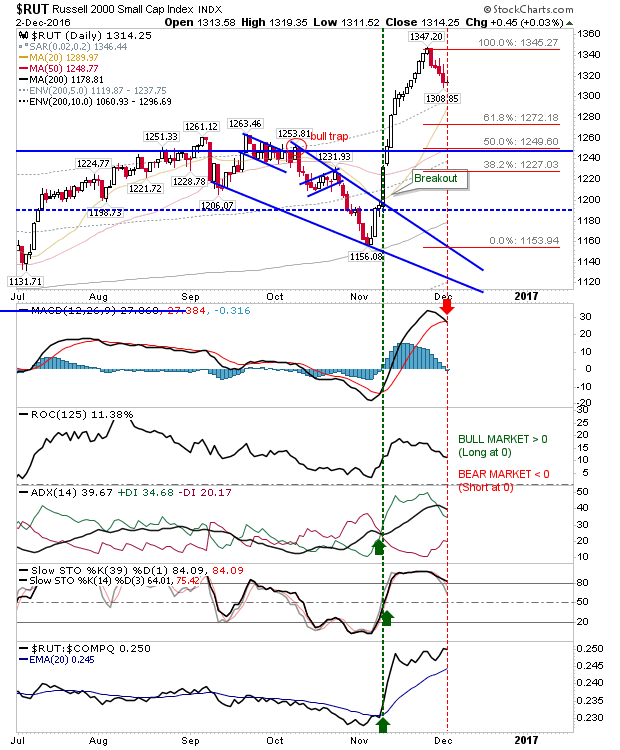 Semiconductors made up some of Thursday’s lost ground as the index bounced off 840 support. Three supporting technicals are bearish (MACD, CCI and ADX), but stochastics haven’t yet signaled the end of the rally started in July. 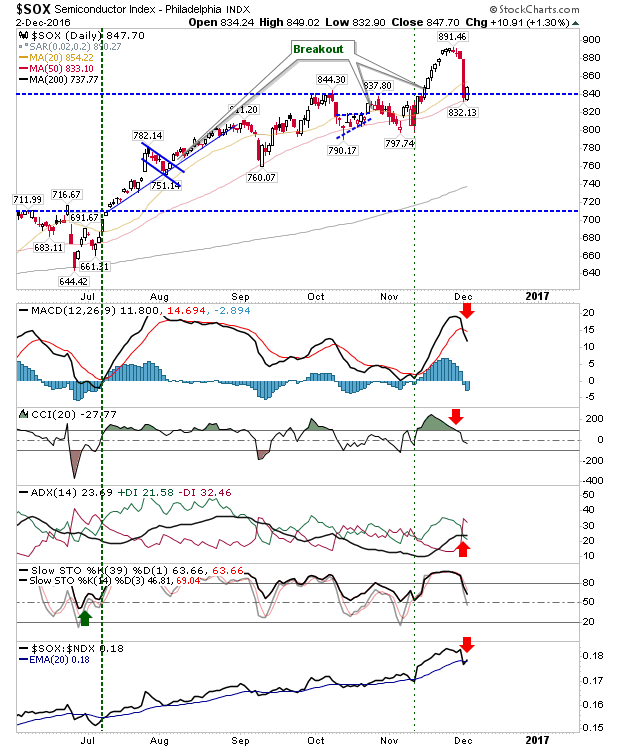 Long term charts which had been favoring bears over the summer are finally reversing back in bulls favor (or at least adopting a more neutral stance).  For example, the Discretionary-Staples relationship has bounced strongly. 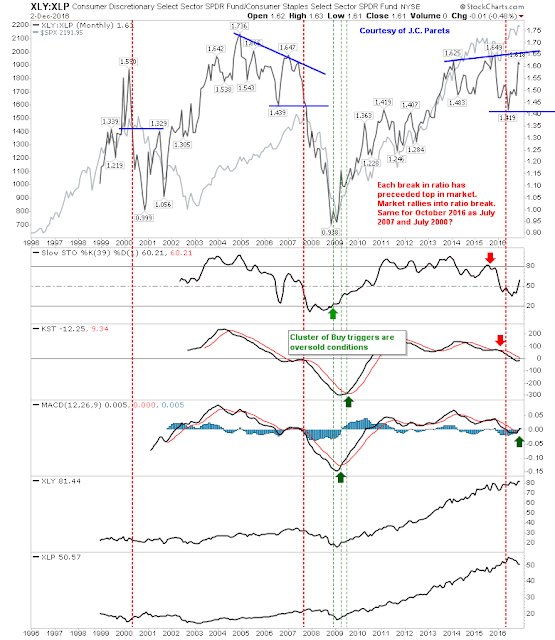 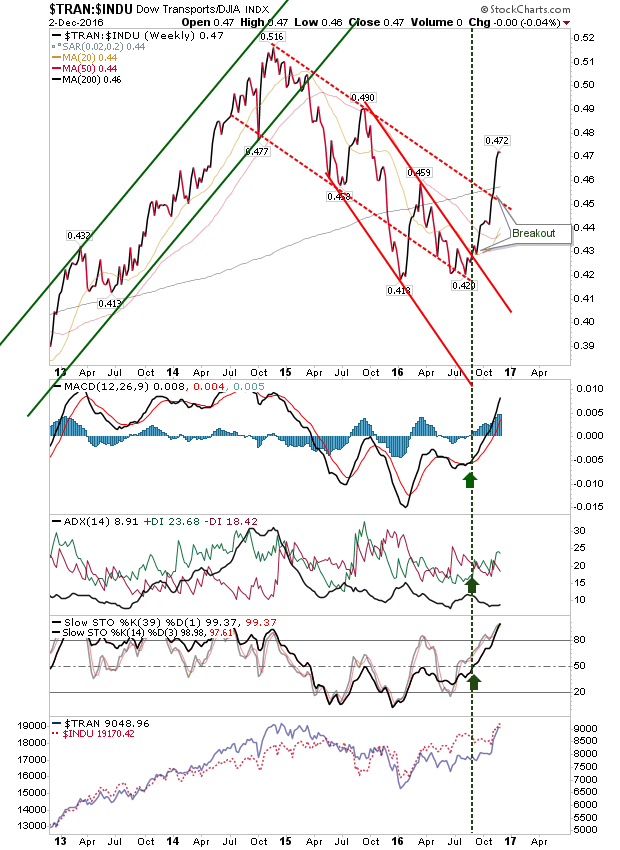 It looks like markets are taking a real shine to Trump.