Whether you’re a Google (GOOGL) or Amazon (AMZN) trader, these high-flying, uptrending stocks are showing an identical set-up at similar levels in their trend.

What’s the pattern and what do we expect next? Let’s find out.

We’ll start with Amazon.com (NASDAQ:AMZN) during the holiday season: 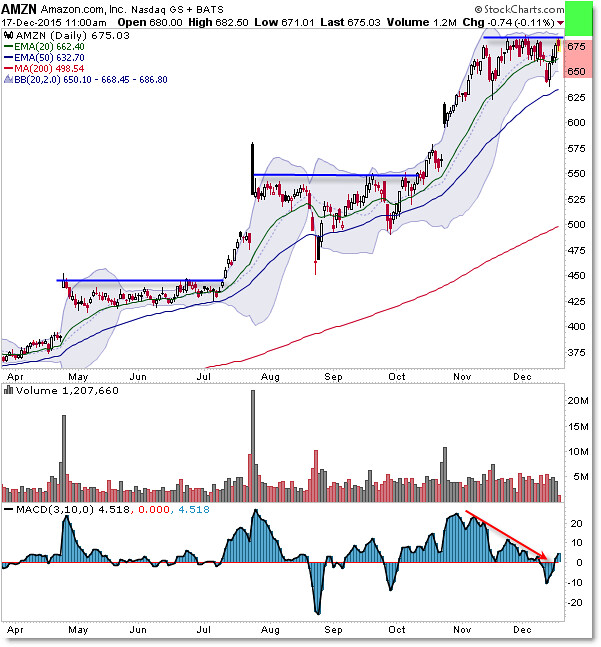 Amazon.com (AMZN) is uptrending and has formed two prior “resistance trendlines” as drawn.

At the moment, shares are once again trading into the underside of a resistance trendline near $680.

It’s this level on which we’ll focus our attention and trading activities.

A breakout higher – just like the other two times – could result in an impulse higher above $700.

However, what would appear more likely is that shares continue to resist against the upper trendline and then trade lower, toward $650 or even the $630 level.

Your trade would simply be the movement “Away From” the current resistance pivot price.

We’re seeing a near-identical picture (and opportunity) develop in GOOGL: 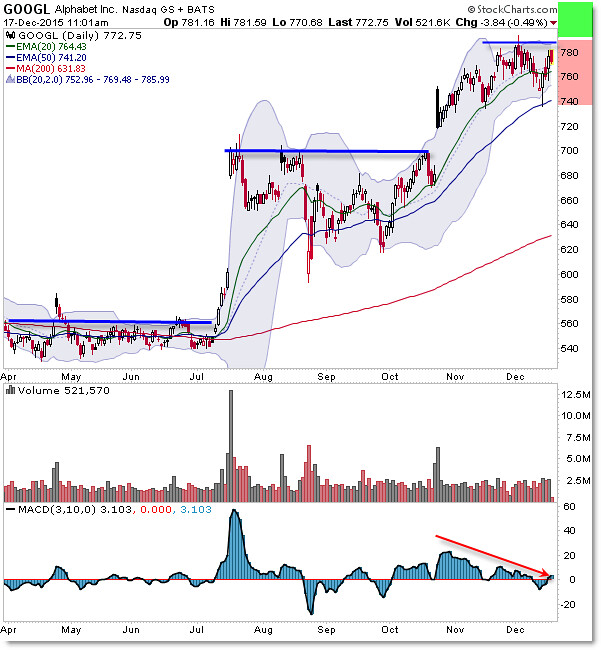 Google (or Alphabet if you want to be technically correct) similarly created two resistance trendlines.

Both times, price broke and shattered resistance with a gap-up event and breakout power swing.

A downward swing targets $740 at the lowest point of support; a breakout would stretch above $800.

We’re seeing negative momentum divergences in both of these stocks which does increase the odds that resistance for now will hold.

Continue focusing on these two price levels in these high-flying, uptrending, popular stocks.