There was a shot across the bows from Large Cap indices as the consolidations which were playing out the last few weeks took a step south.

For the S&P(NYSEARCA:SPY) this amounted to a clear breakdown and the risk is further losses to take things back inside the 2,575-2,675 range; however, if this does occur I would look for further losses as the momentum which drove the initial advance fades. Not surprisingly, today’s breakdown also came with technical ‘sell’ triggers for MACD, On-Balance-Volume and +DI/-DI 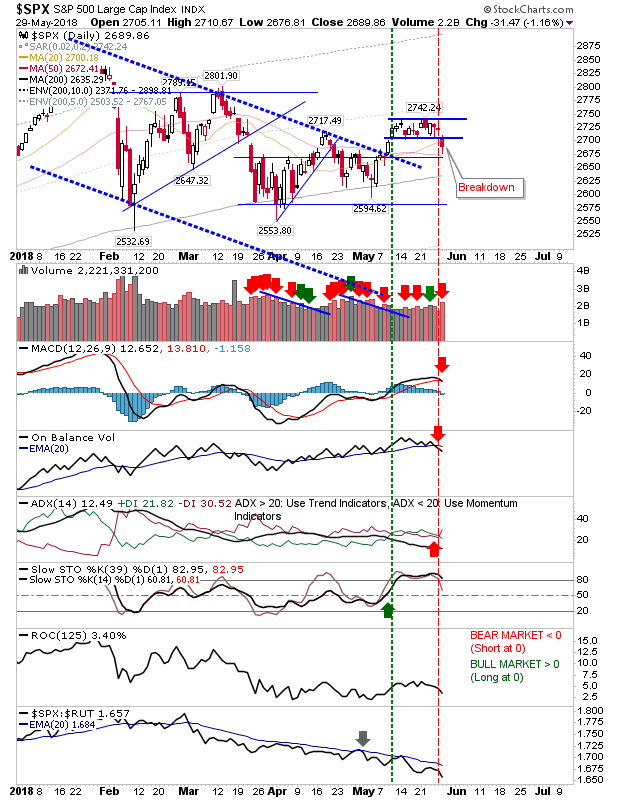 The Dow Jones Industrial Average (NYSEARCA:DIA) fared little better. The breakout from the pennant has shifted to a breakdown. I have re-graded the action from April as a minor rising channel and would look to the lower channel line as a chance for buyers to have another go at shaping a swing low. As with the S&P, there were ‘sell’ triggers for the MACD, On-Balance-Volume and ADX. 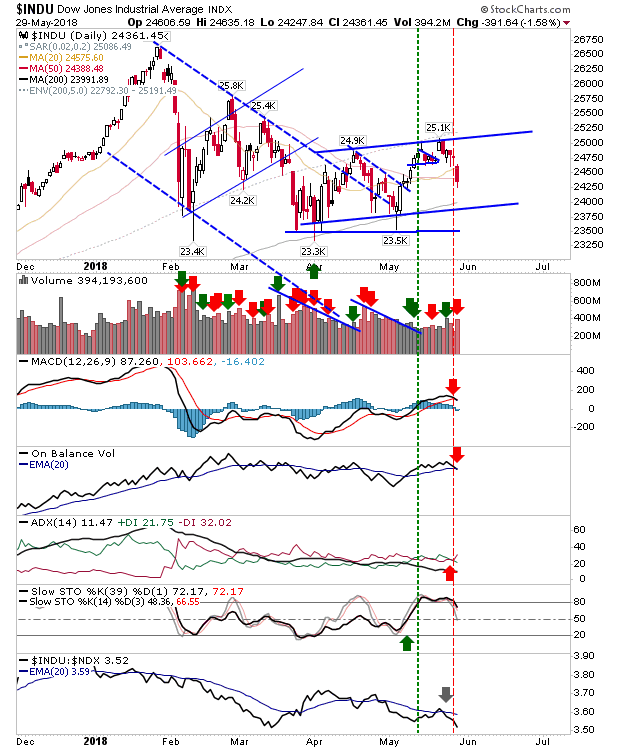 The Nasdaq (NYSEARCA:QQQ) remained range bound and was relatively immune to the selling of Large Caps. Volume climbed to register as distribution with just a ‘sell’ trigger in On-Balance-Volume. 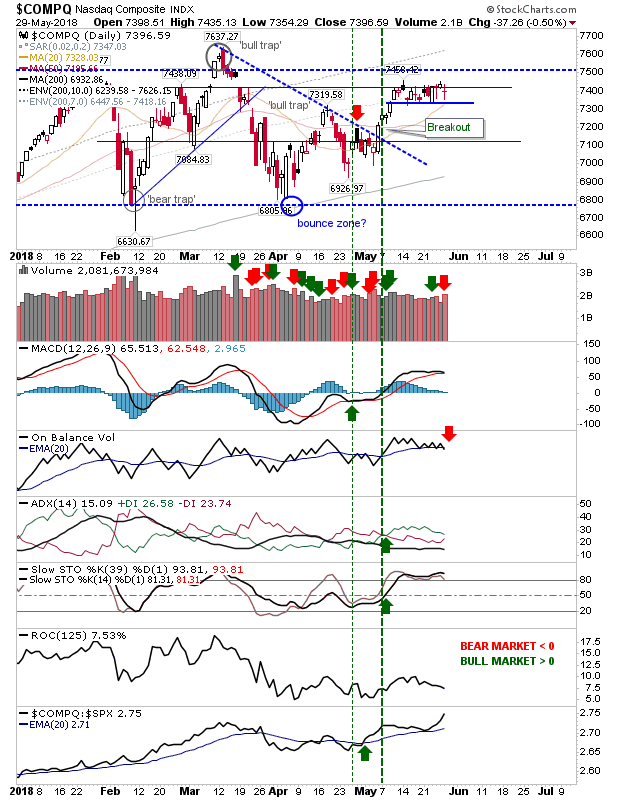 The Nasdaq 100 lost some ground but still has a breakout from the bullish flag to protect.  For now, the breakout is intact. 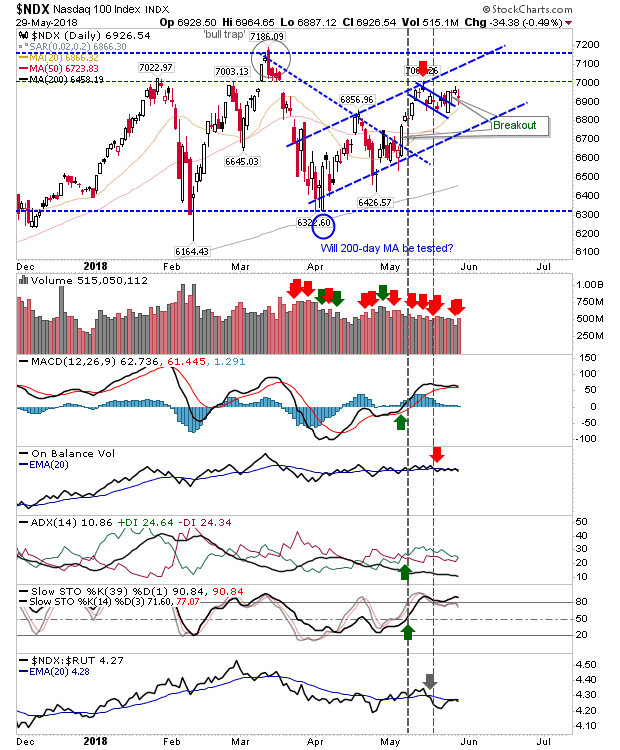 Another index holding on to its breakout is the Russell 2000. Despite the selling in the S&P and Dow Jones Industrial Average it was still able to recover the intraday’s losses by the close. Bulls will be funneled into this index as other opportunities fade. 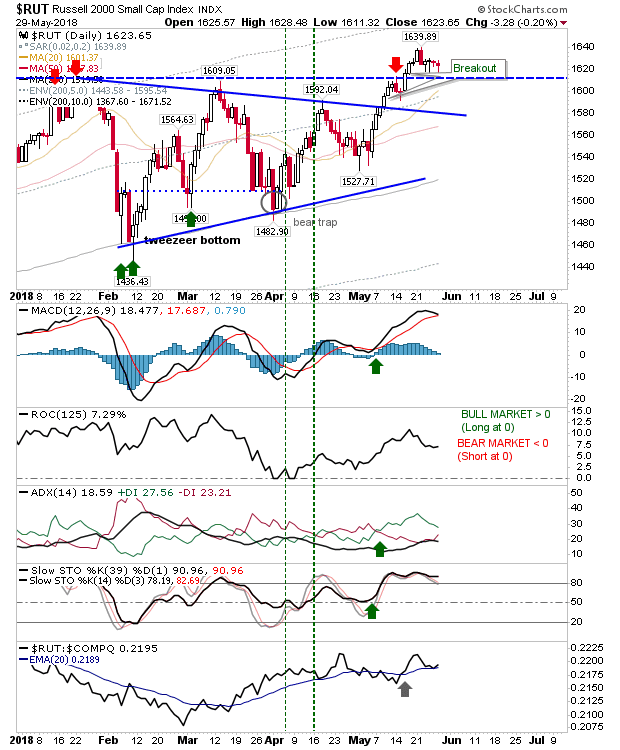 For tomorrow, shorts will be looking to attack any advance in the S&P and Dow. Bulls can focus on the Russell 2000(NYSEARCA:IWM) unless there is a loss of 1,610.