It has been a tricky last few days.

The bounce in the Russell 2000 (NYSEARCA:IWM) off the 20-day MA and key support of 1,705 has struggled to follow through on what should have been a strong support test.  Technicals are a bit of a mixed bag with ‘sell’ triggers in +DI/-DI and MACD. Today’s ‘doji/hammer’ is perhaps the last chance saloon to see something happen here; a lower close Thursday will likely see a break of 1,705. 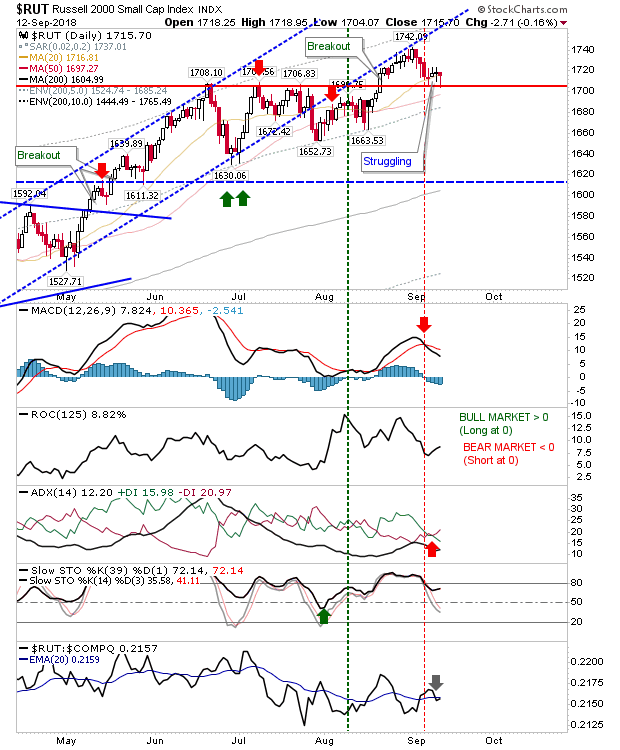 The S&P(NYSEARCA:SPY) is running along accelerated channel support but the sequence of doji despite higher volume accumulation suggests a lack of interest on the part of buyers. Until support breaks bulls have it but it’s not a convincing ‘buy’ at this point. 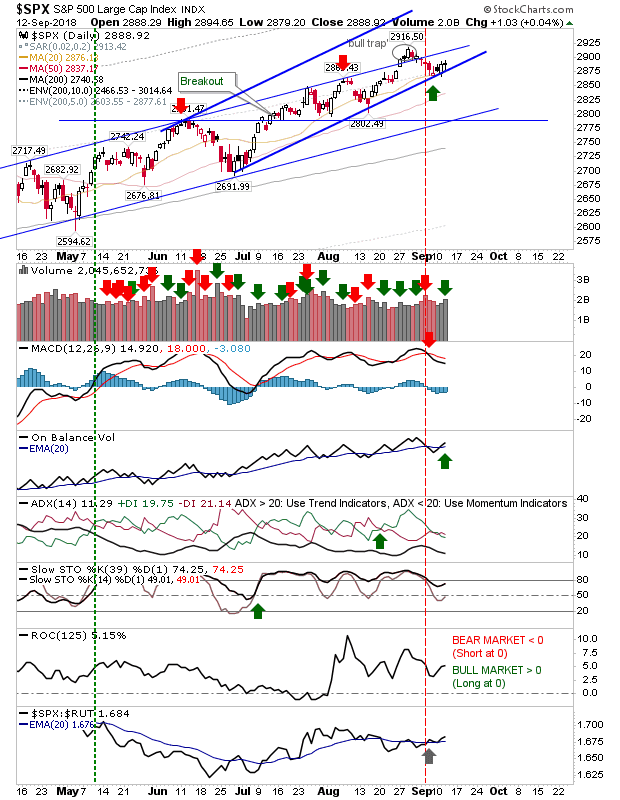 The Semiconductor Index enjoyed a big bullish ‘hammer’ on the 200-day MA but it doing so it gapped below the consolidation.  Tomorrow needs a rally – one which would create a bullish morning star. Any losses tomorrow and a breakdown would be confirmed. 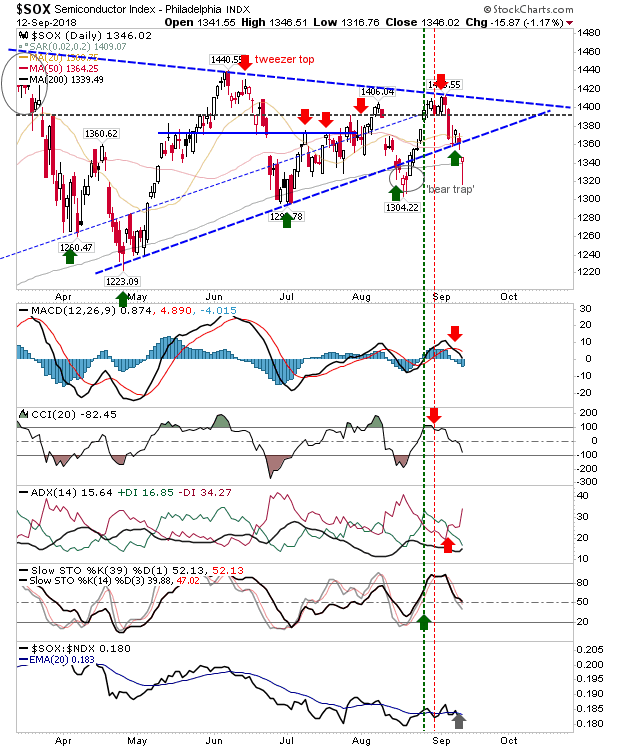 The Nasdaq (NYSEARCA:QQQ) did a little better than the Semiconductor Index holding channel support. The bounce hasn’t yet emerged but it’s not too late for this to happen. 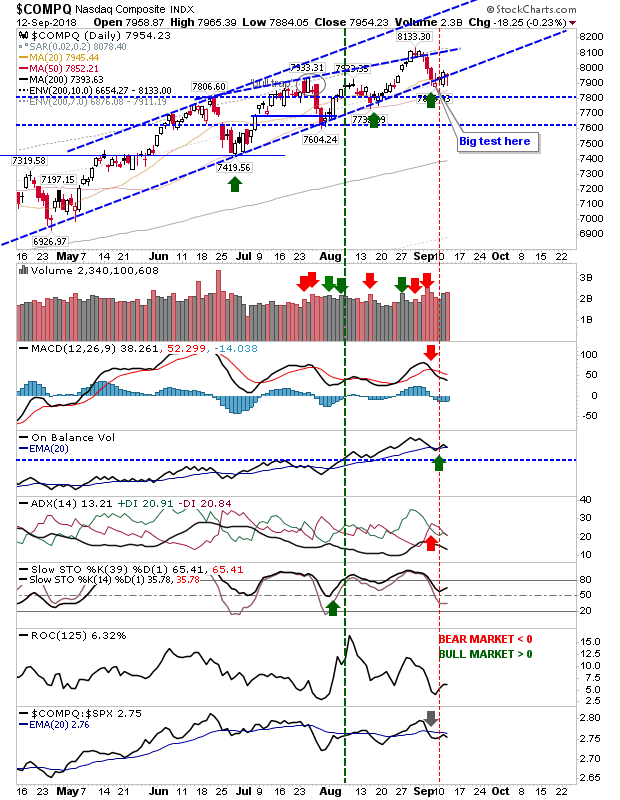 For tomorrow, look for a day of gains, one which would confirm the swing lows and act as a meaningful start point for a rally. Losses tomorrow would open up for larger declines as summer rallies would be confined to history. From a trade persepective, it’s a hold but if you insist on buying then use a loss of Friday’s lows as a stop as it may struggle with a drop into prior price action.