Looking Ahead for the Week

With a new week ahead, let’s update our Monthly Perspective charts of the Dow Jones, S&P 500, and NASDAQ.

Friday, we discussed a “Weekly Chart Perspective of the Retracement” so let’s take a moment to start Monday with an even larger perspective of where we’ve fallen and – more importantly – where price has traveled during the 2008 market crash and 2009 to present recovery period.

Given the negative divergences in momentum, volume, breadth, and market internals – along with the “arc” trendline distribution pattern – stocks had extremely high odds of breaking lower into a steep retracement.

We’ll start as usual with the S&P 500 Monthly Chart: 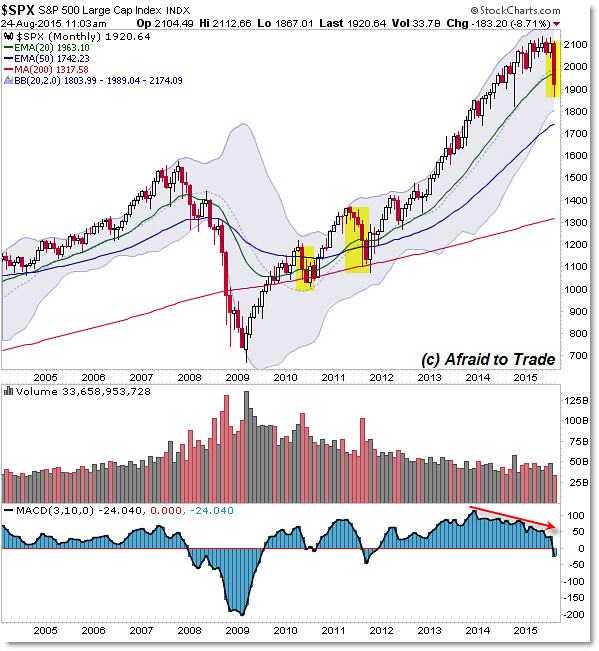 Under the stimulus of QE3 (and QE2 along with QE1 before it), stocks rallied in a stable, persistent uptrend.

The two yellow highlighted periods from 2009 to present are the periods following the end of QE1 and QE2’s stimulus-intervention program.

It’s perhaps not surprising that history is repeating – a little delayed – at the end of QE3.

Price collapsed from the 2,100 trading range balance level to the current 1,900 “Round Number” easy reference, breaking initially through the support of the rising 20 week EMA (1,960).

We must look back to 2011 for a similar retracement, though that retracement from the 1,400 level toward 1,150 took five months to complete.

Be sure to view the “What Breadth is Saying about the Current Market” chart I’ve been promoting. 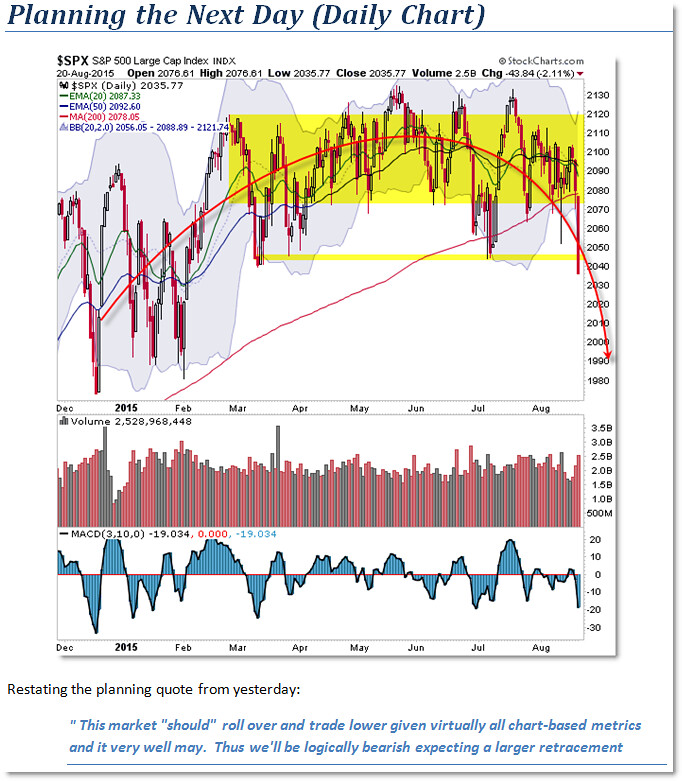 The quote in blue is from Wednesday’s report, while the quote below is from Thursday’s report:

“At the moment, that appears to be exactly what’s happening.

Price was in DISTRIBUTION mode with DECLINING (deteriorating/diverging) Breadth and Market Internals and – as I noted – virtually every chart-based metric argued for lower prices.

While the direction and analysis strongly suggested a steep pullback, the reality of what we’re seeing now much more severe (price traded to lower target levels faster) than expected.

Please join fellow members if you feel real-time strategy planning, education, and analysis would be beneficial to you (we believe it will) along your trading journey – we’d love to have you as a member.

Let’s take a look at the other Monthly Indexes for additional level planning.

The Dow Jones Index is weaker than the S&P 500: 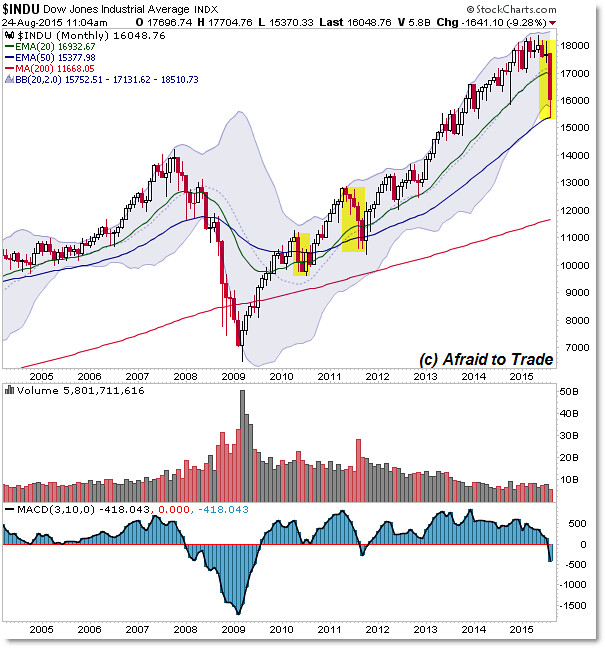 We saw on the Weekly Perspective update that the Dow was indeed weaker than the S&P 500 and the Monthly Chart further explores this concept.

The 50 month EMA was a target, and now we’re seeing the spike-reversal (at least initially) pull price higher off this key inflection target level.

From the monthly perspective, again we note the two previous end periods of QE1 and QE2 and the sell-off.

Finally, the NASDAQ shocked the market with a huge monthly sell-candle (at present): 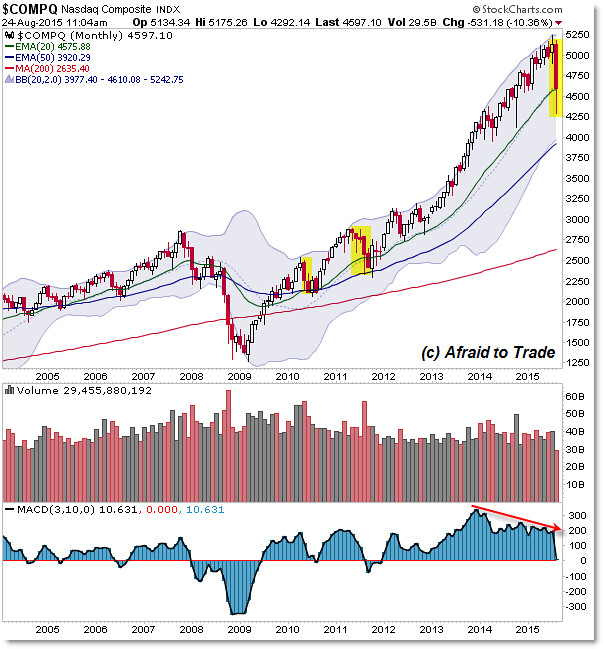 Both times the NASDAQ retraced and rallied up away from the rising 50 month EMA.

This time the market has trended powerfully higher from 2012 to present that the 50 month EMA is far away from price at the 3,920 level.

For now, we’re seeing an initial support-bounce rally up away from the rising 20 month EMA into 4,575.

Our perspective shifts to the rising 20 (or 50) month Exponential Moving Averages and the comparison of the current steep monthly retracement with those of 2010 and 2011.

As you study these charts, the broader trends, and the probability for either a support-bounce at current target levels OR a continuation of the retracement to lower support levels, be sure to focus on the indicator factors – mainly the divergences – that set the stage for the current volatile action.