Losses in S&P Occured on Monday

Losses in the S&P occurred on significant volume but without any major change in supporting technicals or price.

It was looking like an day for sellers to take control but while it was a down day with heavy volume disstribution, there wasn’t any significant point loss to go with the selling. Losses in the S&P (NYSEARCA:SPY) occurred on significant volume but without any major change in supporting technicals or price. With bulls looking for a crash on any sign of weakness, it`s going to be hard to see a crash occurring as markets continue to enjoy gains on the back of overbought conditions. Crashes do not occur when markets are overbought but when they are oversold, and markets are still a long way from this. 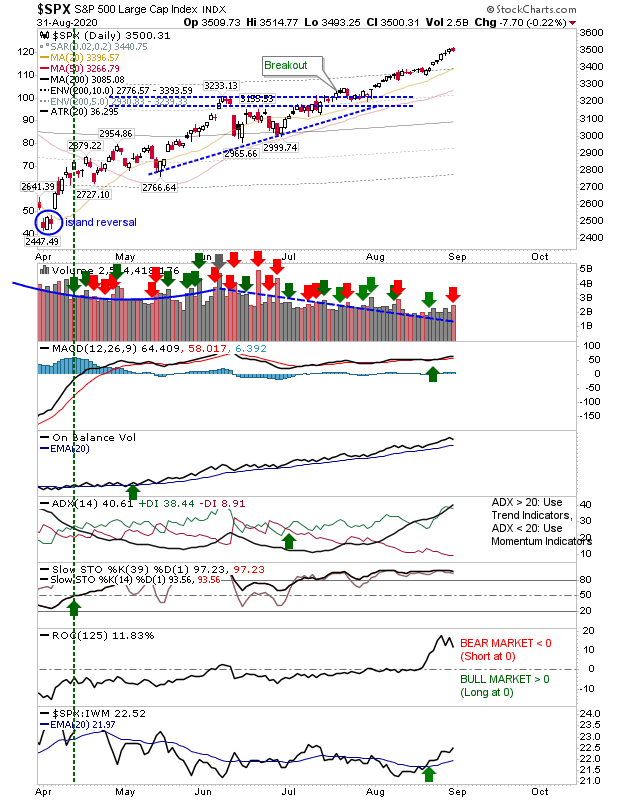 The Nasdaq(NYSEARCA:QQQ) was relatively flat, no losses and no volume. It has strong technicals but a slowed down advance which is running along trendline support. 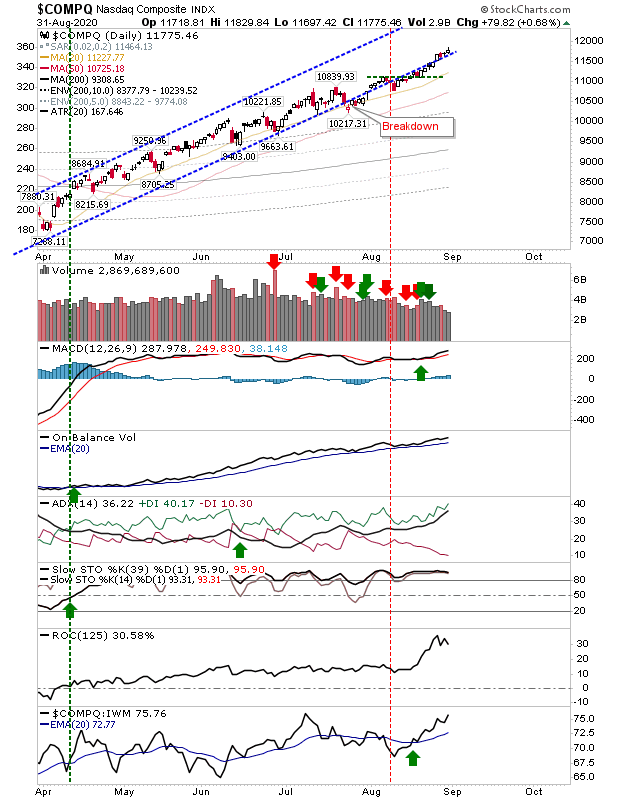 The most vulnerable index is the Russell 2000(NYSEARCA:IWM). It’s underpeforming relative to its peers but it still has a minor breakout to defend. It’s also overbought, and an overbought index does not have the same vulnerability to sellers as an oversold index. 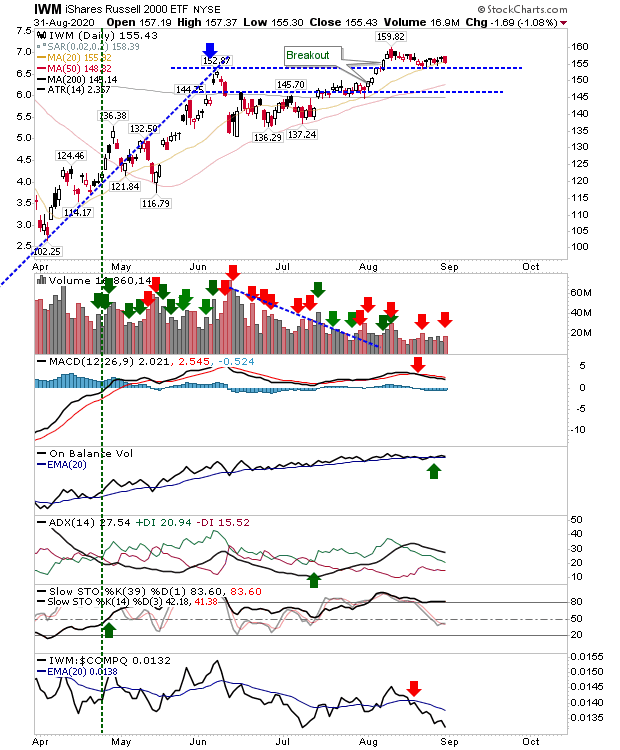 Future action will depend on how long markets can stay overbought (stochastics [39,1] above 80), and then bullish on pullbacks (stochastics [39,1] above 50). We don’t have market conditions for a crash, either in markets or supporting breadth metrics, but we need to be careful not to overlook signs of trouble. We do have an S&P and Nasdaq at levels of historic overbought extension, so taking some money off the table would be prudent but panic selling is not yet something to consider.