This week saw markets challenge September’s highs, beginning a process of base formation across indices.

Volume fell across the week, fitting with a consolidation and not active selling. This action is bullish for indices – only if selling continues on a pick up of volume should one become concerned.

While Nasdaq (NYSEARCA”QQQ) selling volume fell over the course of the week, but with four consecutive days of selling the index is close to a ‘sell’ trigger in On-Balance-Volume. The index is still underperforming relative to the Russell 2000. 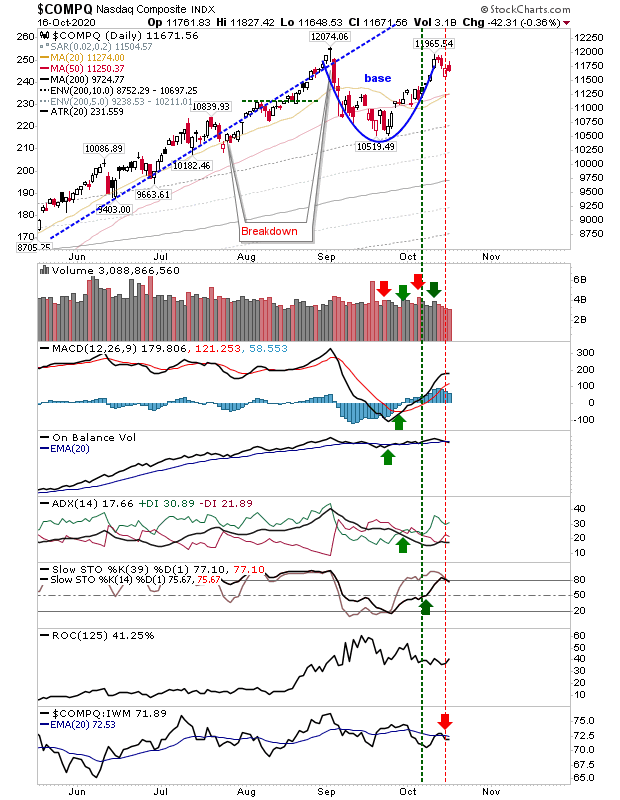 The S&P(NYSEARCA:SPY) is also shaping a handle similar to that of the Nasdaq. The only real difference was Friday’s finish edged the tiniest of gains – enough to give the S&P an accumulation day, but it was a relatively minor divergence to the broader action. The S&P has also been underperforming the Russell 2000 throughout October and still has a way to go before this relationship changes. 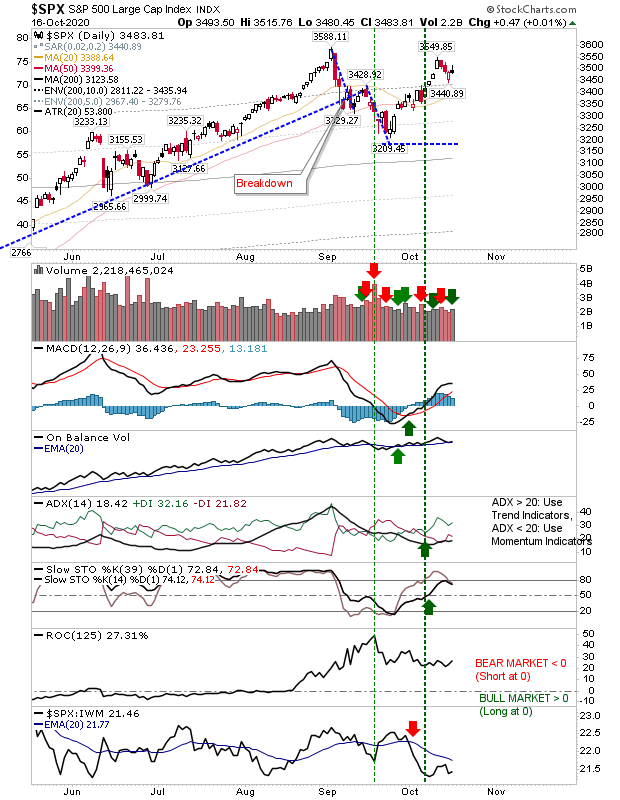 The Russell 2000(NYSEARCA:IWM) is not strictly coming off a consolidation base, but is more consolidating a breakout delivered after a successful test of its 200-day MA. Low volume is typical of a breakout consolidation so bulls can look for more to come. Relative strength is also running in Small Caps favor as traders focus on growth stocks. 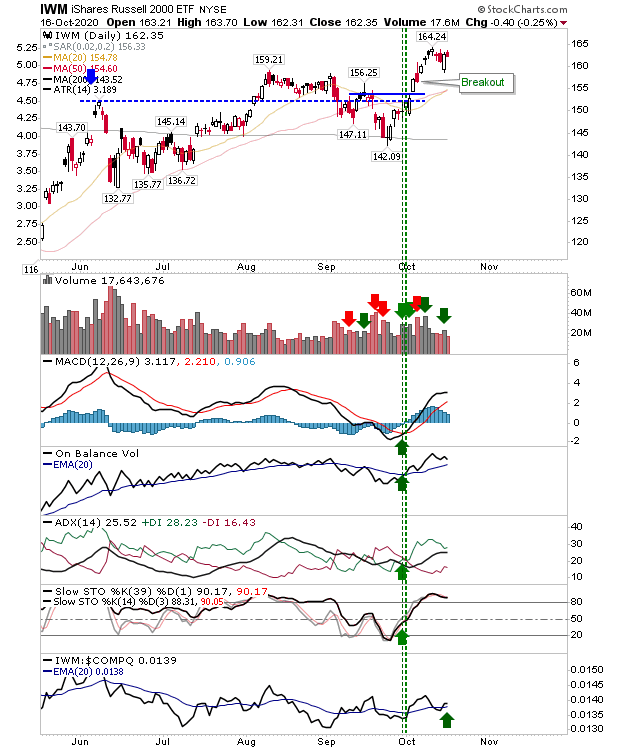 All markets, irrespective of relative performance between the indices, look primed to post further gains. Markets are aligned as would be expected for a secular bull market. Eventhough the election will be seen as a big influencer on the next market move, it might prove to be a red herring in the end.