Two days of gains have pushed markets beyond their breakout levels and new closing highs.

Volume has not been spectacular, but shareholders will not be complaining. Shorts will be out or left holding big losses.

The Russell 2000 (NYSEARCA:IWM) had the best of the action as it negated the ‘bear flag’ in a move which now looks destined to challenge of 1,425. The MACD is building on its ‘buy’ trigger but relative performance against the Nasdaq (NYSEARCA:QQQ) could do with a kicker to mark the return of Small Cap leadership. 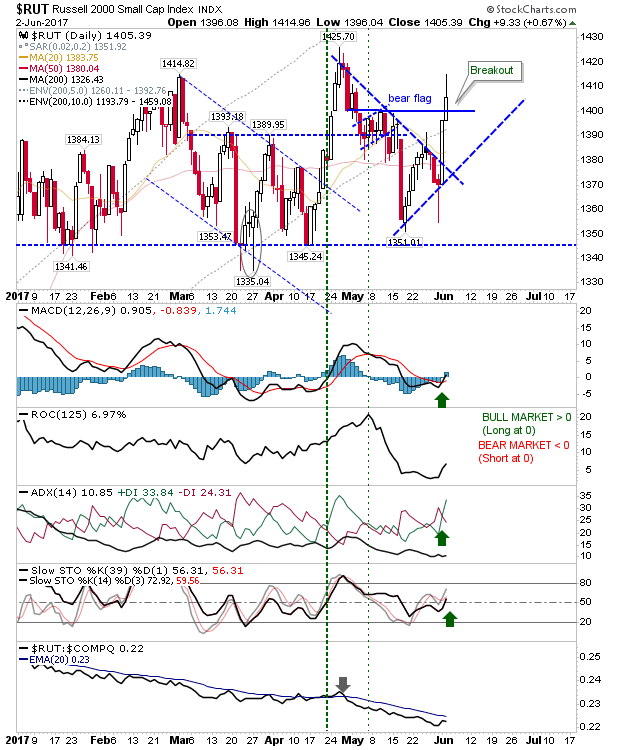 The Nasdaq rally is making new highs with only a brief respite in May to mark a pause in the advance. It’s hard for bulls to see an end to this rally, and so far, there hasn’t been a sign that it will end soon. 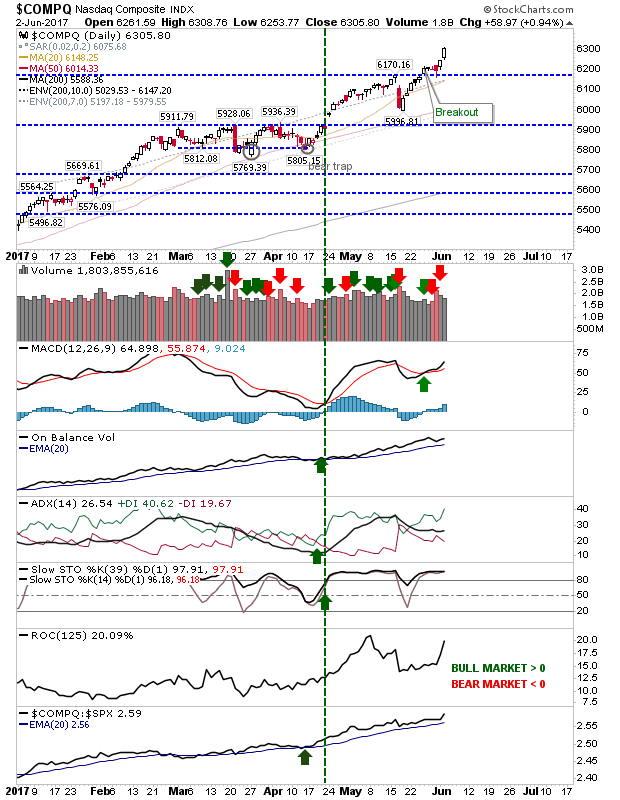 The Nasdaq 100 is in even better shape, accelerating past its current 6-month rising trend channel. 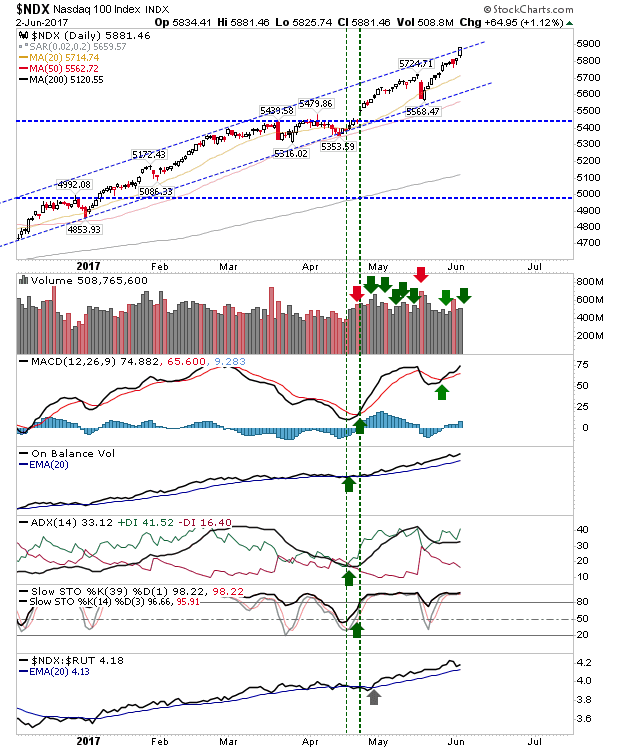 It was a similar story for the S&P(NYSEARCA:SPY), although it hasn’t quite the strength of the Nasdaq (see relative performance of the Nasdaq to the S&P in the above chart). 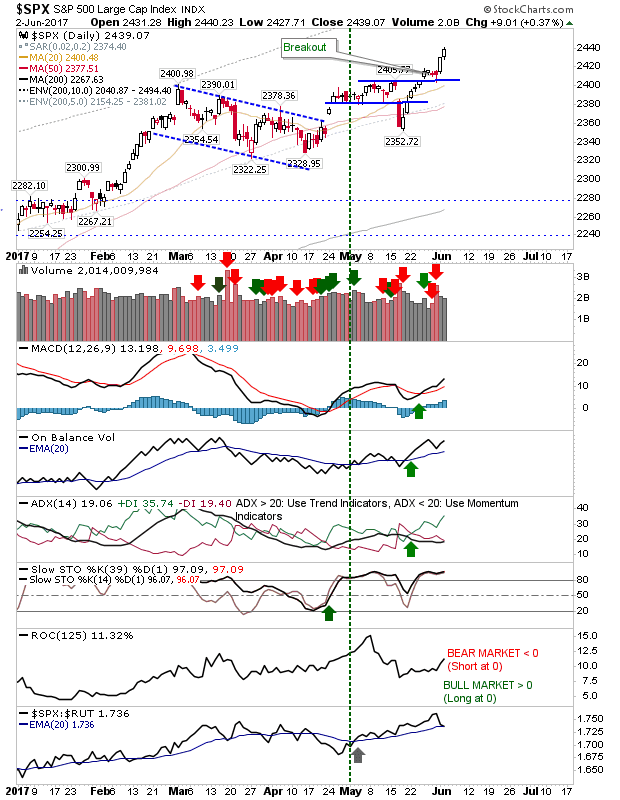 The Dow(NYSEARCA:DIA) finally managed to push the breakout it had been promising since April. Oddly, relative performance has accelerated lower (against Tech averages), but this also means it could benefit from future rotation back to Large Caps. One thing it did do as a breakout compared to other indices is enjoy higher volume accumulation. 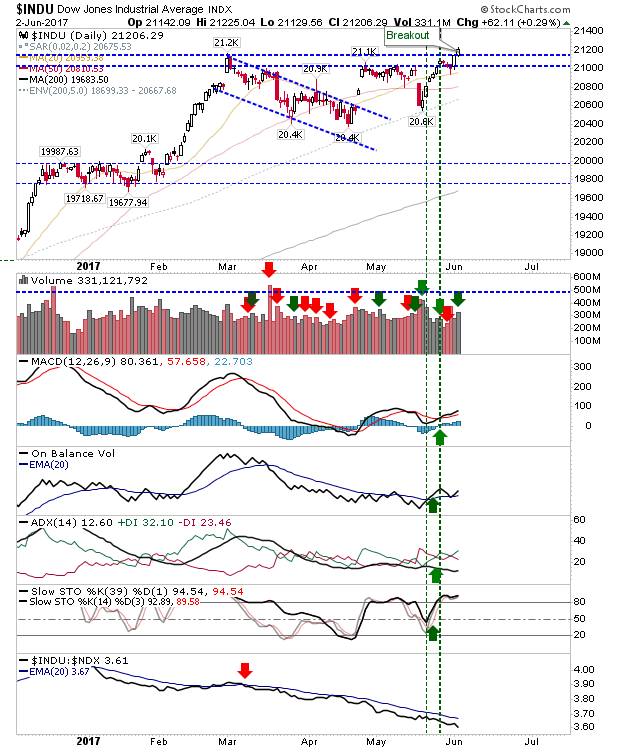 Tomorrow may be open to profit taking, but shorts will need to wait for a topping setup to access risk:reward; a small loss holding near highs may be the most likely outcome for tomorrow.