A mixed bag for the indices as it was left to the Russell 2000 to try and extract some positives on the day.

The Russell 2000 closed the day with a bullish hammer on support of the 20-day and 50-day MAs.  The ‘hammer’ almost game in as a dragonfly doji or indeed, a bullish harami cross. Again, we have to factor that this action come in the middle of a trading range, so it may turn out to be nothing more than noise.  Today’s gain wasn’t enough to stop a MACD trigger ‘sell’. 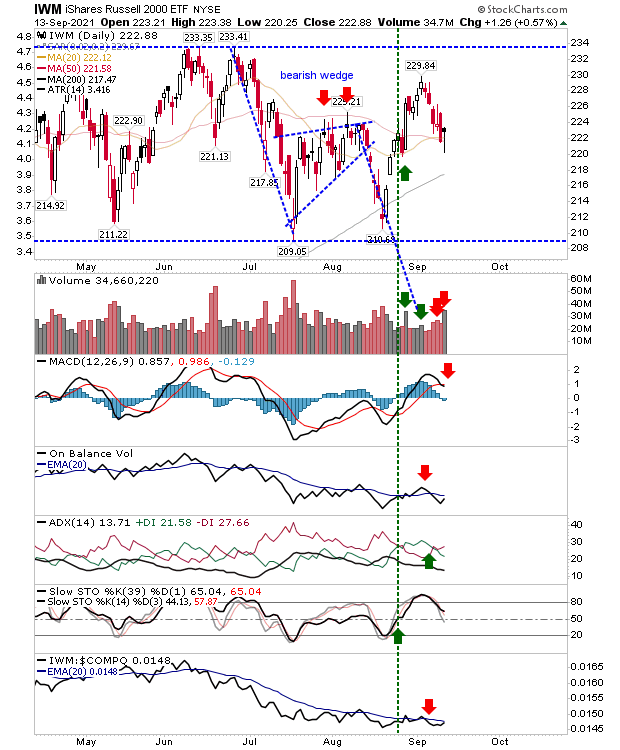 The S&P was able to succuessfully test broadening wedge support, albeit on an indecisive doji (although it too could be a bullish harami doji).  Wedge support lies just above its 50-day MA, so there is a second level of support there should it be needed.  Technicals are negative with the exception of momentum (stochastics). 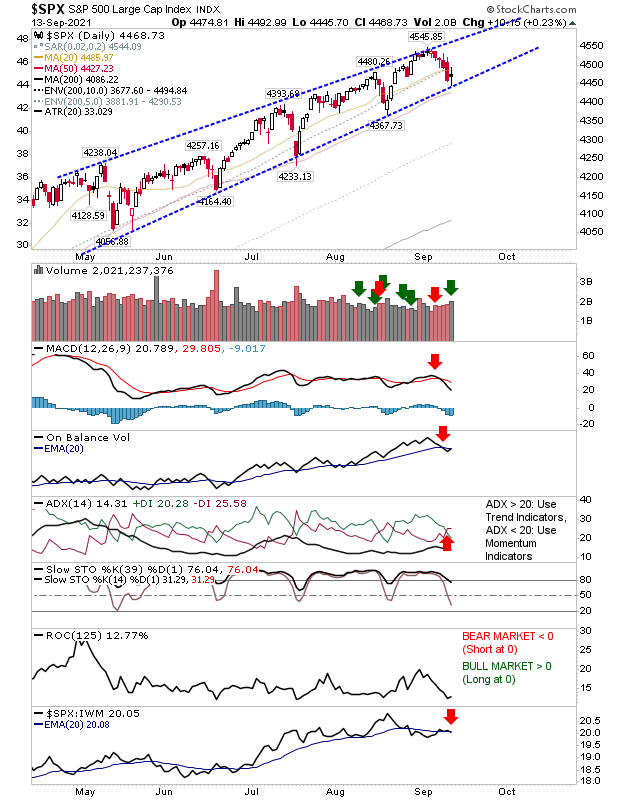 The Nasdaq tagged its 20-day MA as it didn’t enjoy the same draw as the Russell 2000 or like the S&P, by finishing on a more bullish candlestick.  There was a MACD trigger ‘sell’ to go with the current ‘sell’ trigger in ADX.  On-Balance-Volume and Stochastics are positive. 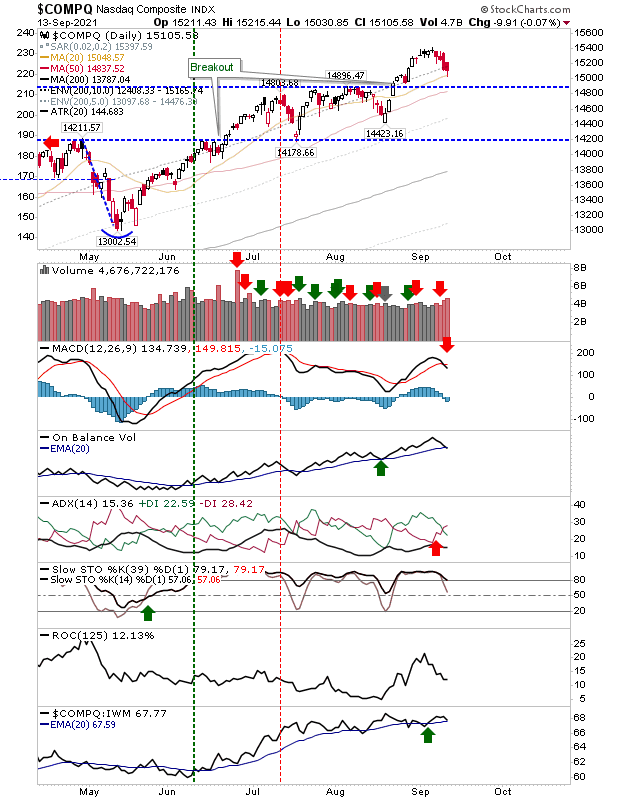 Tomorrow, we will have an idea as to how today’s support tests play out. Volume has started to creep up but bullish trends remain intact.  No reason to panic sell if you are long.  Traders could go ‘buy’ these support tests.
Originally Posted by Fallond Picks