I had mentioned previously how the Dow Jones Industrial Average was set up for a double top with a pair of gravestone doji, but it was the Nasdaq which lost more on the day.

The Nasdaq gapped down off resistance but it remained above its 50-day MA. The MACD and Stochastics are on a trigger ‘buy’, with other technicals bearish – so there is a bit of a mixed bag here. The index is underperforming relative to the Russell 2000, but with the trading range still in place, any action between support and resistance is of lesser significance. 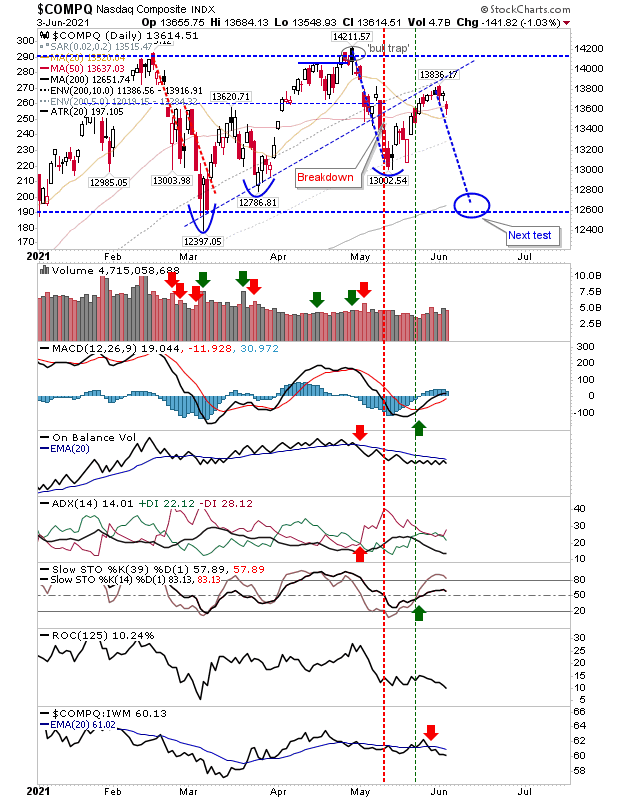 The Dow Industrials barely budged, despite looking the most bearish of the indices coming into today. Given the general bearish tone across the indices today, there is still an edge in favor of losses for the index.  Today’s volume registered as distribution, but the candlestick wasn’t too bearish. 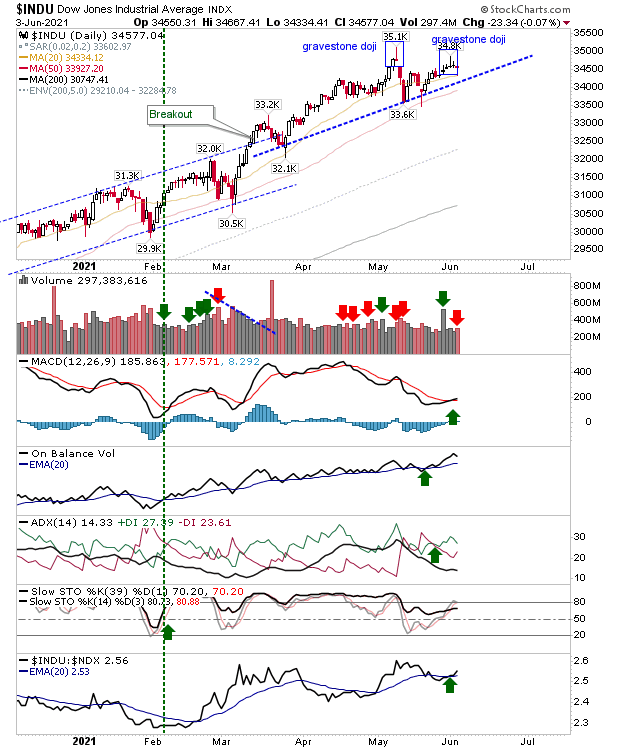 The S&P gapped down after recent action just below resistance. Support at the 20-day MA held but as with other indices, today’s volume registered as distribution. 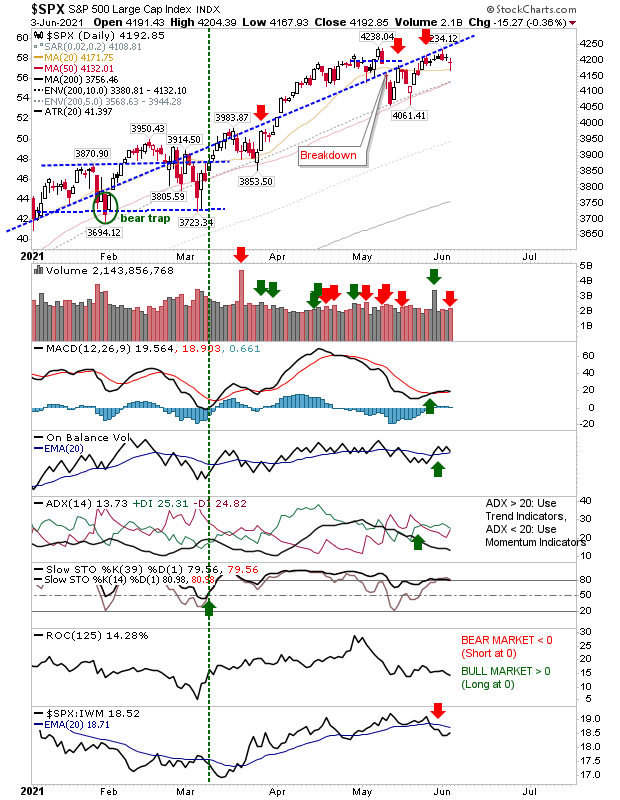 The Russell 2000 reversed off resistance of its trading range, but nothing too concerning. Today’s volume registered as distribution but price action remains more bullish within this range.  Support of converged 20-day and 50-day MA is available if required. 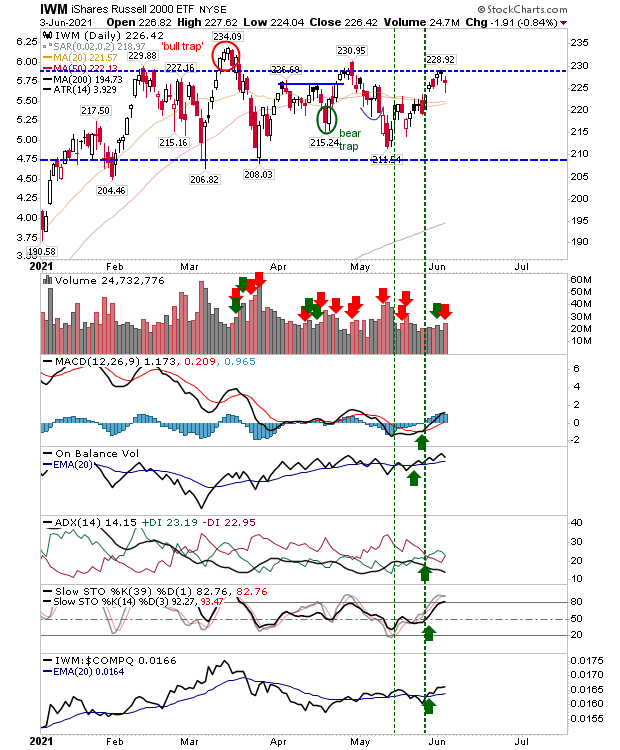 While a bearish day, it impacted indices in a manner which left them in a position to recover given their proximity to resistance, and the chance for upside breakouts.  Another loss would flag concerns, but today wasn’t that day.
Originally Posted by Fallond Picks