During this quarantine I have been blessed to speak to some extremely successful entrepreneurs in the mining sector.  It has been during this pandemic crisis that opportunities arise for astute investors who can think quickly.

Many smart investors who left the mining sector to real estate, cannabis and crypto have come back to safe haven in the form of precious metals and gold miners.  Just as the sun rises and sets every day like clockwork so too the markets have their cycles.

Now the cycle has been turning for gold(NYSEARCA:GLD) and the miners(NYSEARCA:GDX).  Gold is one of the few asset classes that have outperformed this year!  Investors are looking for unparalleled value and leverage to the rising gold price in the form of wealth in the earth with great management team and the best backers.

I recently had a call with Paul Matysek the new CEO and Chairman of Gold X $GLDX.V while he has been at home in Whistler just 90 km north of Vancouver.  He said its usually the busiest time of the year and the resort town is empty.  Paul has gone from a geochemist to running 5 publicly traded companies that he sold billions!  They were great wins for his shareholders.

He started working for a big company called Anaconda Mining looking at acquisitions for them.  This position helped him develop a method of how to assess mineral deposits assembling a team of 15 PhD scientists to assess if he could move projects forward up the value chain.

After working for the majors he decided to start his own deal as a CEO as he believed he understood what the essential ingredients were to build a successful mining company.  His first foray was in uranium when it was trading at just $10 a pound.  He acquired a huge database of uranium assets at the bottom and the market cap went from $5 million and eventually by Uranium One for $1.5 billion +.

It didn’t stop with uranium.  Paul did it again with Potash.  Started off as a junior and then he sold it to giant fertilizer firm K+S for a billion dollar fortune.

Then Paul did it again with gold in Argentina and then recently with Lithium X.  Without proving the point further Paul has an amazing track record for his shareholders and that is crucial in this business.  At the end of the day, management’s main job is to build shareholder value and not many have matched Mr. Matysek’s record. 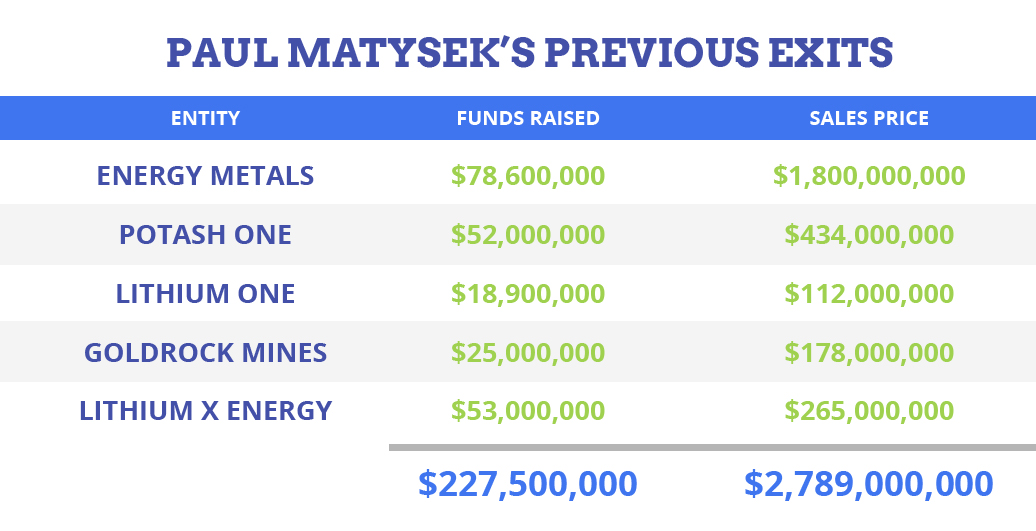 Now in my recent conversation, Paul discusses why he is so bullish on gold and why he has taken on the role of Gold X $GLDX.V CEO and Chairman when he could easily be retired in Whistler or in Florida.  He told me there is incredible amounts of money being pumped into these economies globally and its going to eventually cause inflation.  Plus we have a stagnating economy where there is a lack of manufacturing and productivity.

If you look in the past stagnating economies of stagflation causes a major flight into gold.  Paul thinks the timing on gold is upon us.  He thinks its going higher and is happy getting back into the gold business.

Looking at size he loves Gold X (GLDX) with 7 million ounces of gold!  Looking at the PEA study from 2019, he thinks the economics are excellent with higher gold prices.  Gold X recently consolidated its shares and did complete rebranding.

They raised money to get 100% control of the project.  Now Paul is trying to unlock value for his shareholders either through updating the economic studies, expanding the resources and look at M&A.  The stock has bounced off 5 year lows as soon as Mr. Matysek was announced as CEO and Chairman just a few weeks ago.

Gold X has some top shareholders and finance partners including well known producer Gran Colombia, Frank Giustra and Wheaton Precious Metals where this could become the crown jewel of their streaming portfolio.

Investors are encouraged to look at recent economic studies which shows how undervalued this project is at $1300 gold.  Imagine what the economics are at $1800 gold.  NPV could be over a billion!

This is a huge project that has gotten the Wheaton Precious Metals endorsement as they will help finance construction.  The majors are looking for large gold mines in stable english speaking jurisdictions like Guyana.

Today we see M&A activity where Guyana Goldfields (GUY) was bought out by Silvercorp (SVM).  Lots of gold companies are looking to get bigger and Gold X has the most leverage to a rising gold price in the junior mining market.

In conclusion,  there are very few people in the mining industry with a track record like Paul Matysek who is now Ceo and Chairman of Gold X Mining.  There are some guys who can hit doubles but there are very few sluggers who can consistently come through when there are runners in scoring position.  Time and time again he has come up big for his team and there is a good chance he could be starting to do that again right now.

Check out Gold X Mining $GLDX.V with a market cap under $75 million now and 7 million ounces of gold with economics.  Its like $7 an ounce in the ground.  Investors are having a hard time to buy physical gold and silver, maybe they will start looking at gold assets still intact in the ground?

Finally, Paul Matysek concludes the interview saying,”It’ll be a good run for not just Gold X but many gold companies in the sector because it’s an asset that people tend to go for when times are tough and I think we’ve got a boatload of hurt coming bringing gold back into the spotlight.”

Click below to see my interview with Paul Matysek, CEO and Chairman of Gold X Mining $GLDX.V