Oversold Market Pushed into a Deeper State of Weakness

An ugly day for bulls pushed what was already an oversold market into deeper state of weakness.

Short term traders will be looking for a bounce as markets speed their way to August/September lows. One index has already surpassed these levels. The Russell 2000 (NYSEARCA:IWM) is in the 90% zone of historic weak prices going back to 1987 and is well beyond September lows. 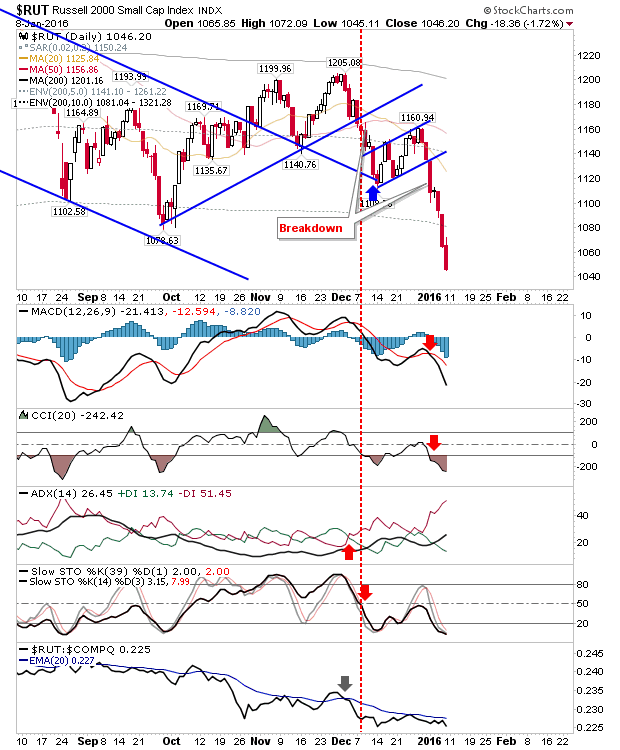 The S&P (NYSEARCA:SPY) has only see one day of gain for the last seven days of trading. While Friday’s selling leaves the index in a ‘no-mans’ land.  What was particularly disappointing was to see such selling coming off the back of very strong NFP data. If there is a positive, it’s that the selling was not on heavier volume distribution, which is unusual given the significance of the data released. 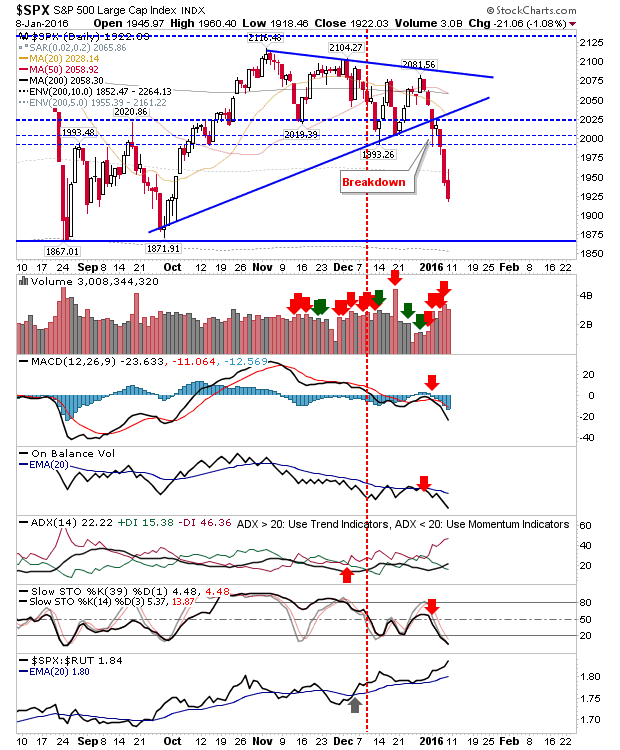 The Nasdaq (NYSEARCA:QQQ) is getting close to the 15% zone of oversold historic conditions dating back to 1971. As with the S&P, selling volume did not rank as distribution. Friday’s action wasn’t pretty, but there may be grounds for optimism. 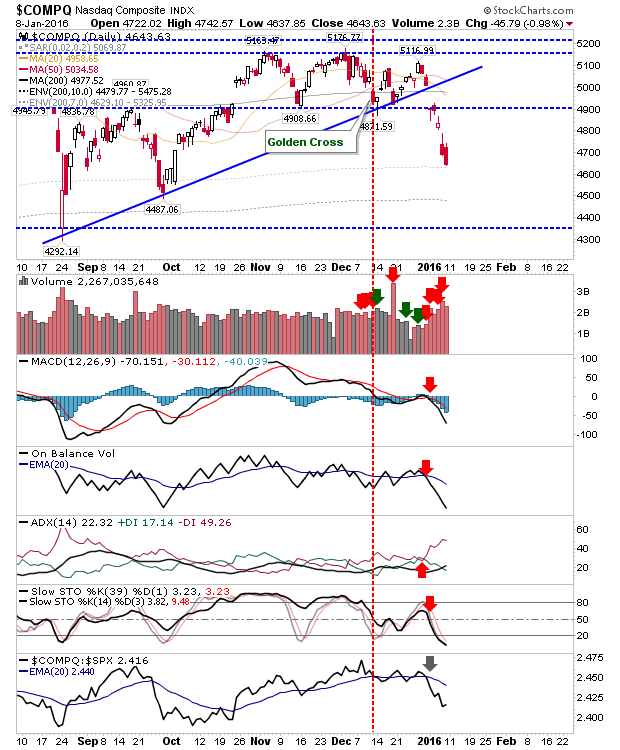 The Semiconductor Index continued its run lower with 7 consecutive down days. The chances for an 8th can’t be ruled out, but a bounce of some form will occur sooner rather than later. How much such a bounce can help the Nasdaq and Nasdaq 100 remains to be seen. 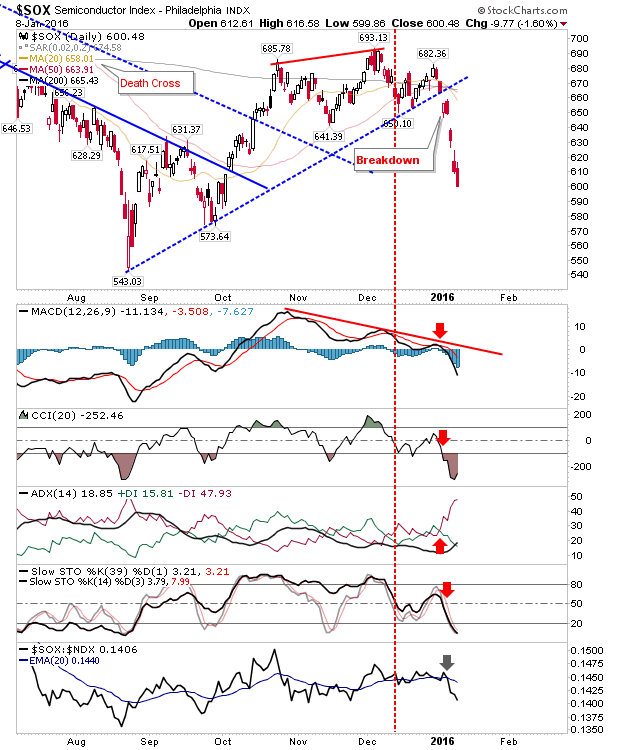 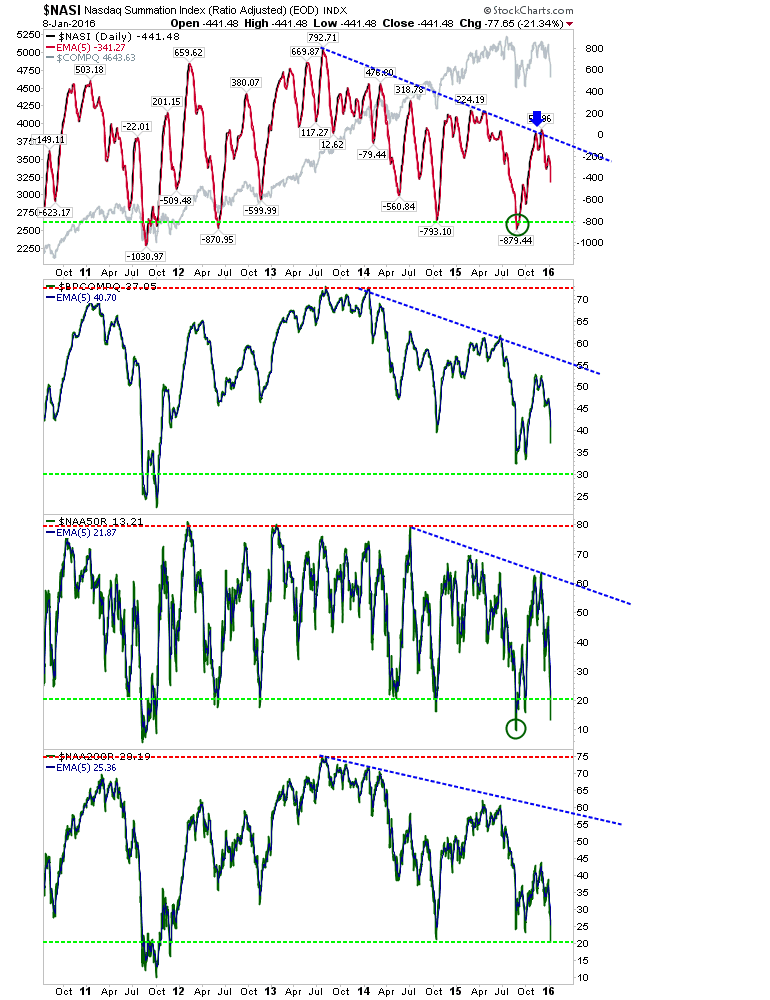 For Monday, watch premarket for leads. A weak Asian session might offer an aggressive long at the open. What will be more telling is how far the next rally goes.  I suspect there are plenty of ‘weak-hand’ longs who bought shares on the premise of the ‘Santa Rally’ and are now regretting it.