In the push to make Naloxone a household drug, there is nothing more obvious than the need for user-friendly administration, and that spells enormous opportunity for this tiny stock, as well as the people at threat of opioid overdose.

Living in Baltimore City isn’t quite what you might expect.

Despite its harsh reputation, “Charm City” can be a wonderful place to live, ripe with friendly faces, a lively culture, and plenty of opportunity for anyone who’s looking for it.

Streets are lined with quaint cobblestones and potted flowers. Parks and restaurants are brimming with social activity. Posh neighborhoods are rising from piles of dust and ashes — both in the literal and metaphorical sense.

The economy in Baltimore is, to the surprise of many, booming. That’s largely thanks to it being home to rising powerhouses like Amazon (NASDAQ: AMZN) and Under Armour (NYSE: UA), as well as increasingly influential tech and finance scenes. The cash cow that is Johns Hopkins doesn’t exactly hurt, either.

Since 2014, Baltimore’s property wealth has grown at twice the rate of Maryland’s — 5.2% annually versus 2.6%. Income growth has outpaced its parent state as well, growing by 4.3% compared to 3.1% across the state.

Over the same time frame, the city has added more than 12,000 jobs, marking six consecutive years of job growth. By the numbers, the picture is pretty.

Yet if you ask anyone from out of state about Baltimore, the contrast is stark.

Civil unrest in 2015 brought national attention to the city’s pockets of social and economic woes, because the truth is, while certain areas of Baltimore are thriving, others are shriveling up.

Personally, I’ll never forget being told by a 911 operator during citywide riots that no one would be coming. Virtually the entire police force was deployed on the West Side of the city that night, leaving the East Side to fend for itself. 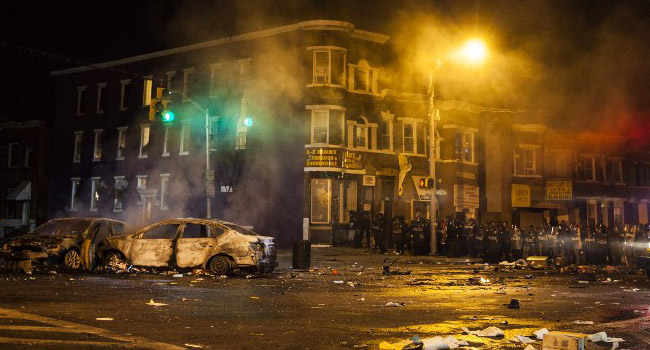 Yet here I am just a few years later, buying property and officially calling the city of Baltimore my home.

“Why?” you might ask. Because, for one, I know the malicious are greatly outnumbered by the peacefully downtrodden.

But I also know there are solutions just around the corner…

When I first moved to Baltimore in 2010, I had practically nothing. I lived in the shadiest parts of town and slept on a thin futon pad in an otherwise unfurnished room. Before taking on a far more lucrative career in investment research, I coached, mentored, and taught high-risk students across the city’s notorious West Side.

The plight of the children and adults who surrounded me was as depressing as it was inspiring. I saw all courage, apathy, and fear in the face of adversity. But mostly I saw humanity: people who would do anything to escape the reality that is their experience of Baltimore City.

It was some time during this period that I came to the abstract conclusion that The Wire was not just an HBO series; it was a documentary.

Indeed, Baltimore’s drug crisis has boiled over to epidemic levels in recent times. In a city of 622,000 people, health officials estimate there are 60,000 addicting to drugs or alcohol, 48,000 of who are addicted to heroin.

And thanks to the ongoing failure that is the “War on Drugs,” narcotics have been forced into black markets, helping to drive gang-related violence to epidemic rates. It’s gotten so bad, in fact, that Mayor Catherine Pugh is now soliciting the FBI for assistance.

Drugs, and the war against them, have a way of keeping communities like Baltimore down. On top of the violence between black-market competitors comes crippled productivity, the devaluation of neighborhoods, and economic flight. Selfish distributors thrive on downtrodden communities. It’s what keeps them in business.

But thanks to the combination of an organized community response and advancements in technology, there is hope for Baltimore and other communities just like it plagued by the vicious cycle of drug addiction.

In April, Baltimore passed a number of bills to address its opioid crisis, including the Start Talking Maryland Act (HB1082) and the HOPE Act (HB1329).

Among a number of initiatives, these acts would increase public education on opioid abuse and establish new protocols for discharging patients treated for substance abuse.

And these efforts aren’t just local; they mimic actions on the national stage.

In July of last year, the House overwhelmingly approved legislation, committing more funding to fight opioid addiction. And in March of 2017, Donald Trump issued an executive order to evaluate the crisis to direct future action.

What’s particularly relevant to investors, though, is that embedded in this overarching legislation is something that could spark a huge opportunity for a select few biotech (NYSEARCA:IBT) companies: that is, increased access to an emergency overdose-reversal drug that can literally bring users back from the brink of death.

The Washington Times refers to it as an antidote, and in effect that’s what it is for opioid overdose. Just last week, New York police used it to revive a one-year-old child who was overdosed on heroin. Saves like this are now happening every day.

On Thursday, this little-known drug, known as Naloxone, was made available over the counter in Baltimore. In Missouri, this has been the case for over a year.

Earlier this week, Indiana opened bidding for a Naloxone supplier. And across the country, schools are starting to stock the drug just as they would fire extinguishers and defibrillators.

In Boston, Naloxone is even being distributed to law enforcement officers to protect drug-sniffing dogs from the dangers of inhaling drug fumes.

But perhaps an even bigger opportunity for Naloxone suppliers and stakeholders comes not from black markets, but America’s reliance on legal prescription opioids.

Experts in the field, from members of the FDA to academics at Harvard, are now suggesting that Naloxone be prescribed with every opioid prescription, a move that could potentially spike sales of the drug by 29,000%.

And the kicker is that while typically injected through needles that require training, one company has developed a much easier way to administer the drug: a simple spray into the nasal cavity, and the effect is the same.

In the push to make Naloxone a household drug, there is nothing more obvious than the need for user-friendly administration, and that spells enormous opportunity for this tiny stock, as well as the people at threat of opioid overdose.

It’s not too often you see an opportunity that can help saves lives, while simultaneously opening the door to a significant profit. If any of that interests you, I encourage you to stay tuned. We’ll have more details on the opportunity in just a few weeks.