It has been relatively easy climb for indices with March capitulation volume now in the ‘green’ (i.e. anyone who bought stock in March will now be sitting on profit).

The question for these buyers is if they will continue to hold as markets approach the point of the first bounce in February (which feels like a long time ago now), and those buyers may now look at a chance to exit at breakeven. If sellers take control, how much resistance will March buyers put up not to take their profits?

For the S&P (NYSEARCA:SPY) I have drawn in the resistance line where I expect things to get sticky for bulls. Volume climbed to register as accumulation, so there is still a good deal of momentum near to this resistance – maybe it won’t be a problem? 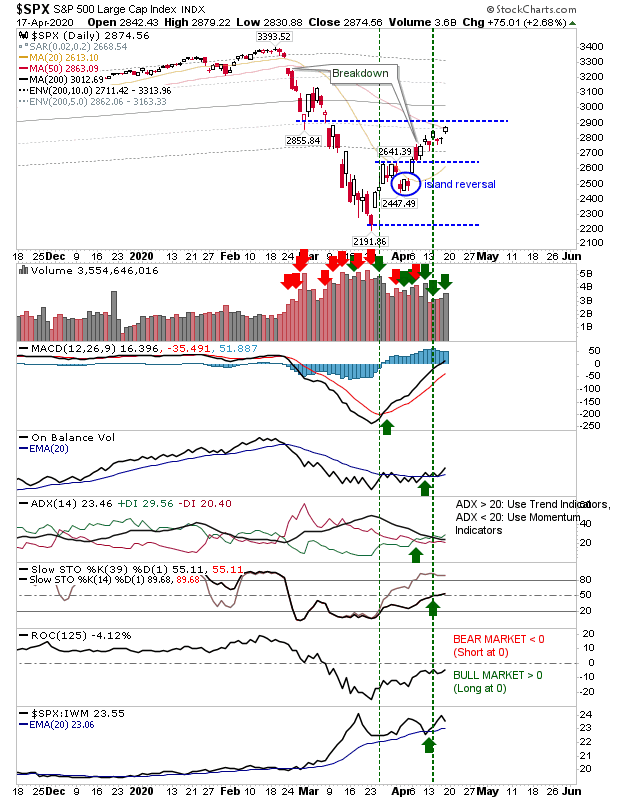 The Nasdaq(NYSEARCA:QQQ) has actually got passed the first of the two February resistance challenges, which was enough to give it a relative performance boost on Friday; although it did lose a little (relative) ground on Friday. This index is important for leads in the absence of Small Caps leadership. 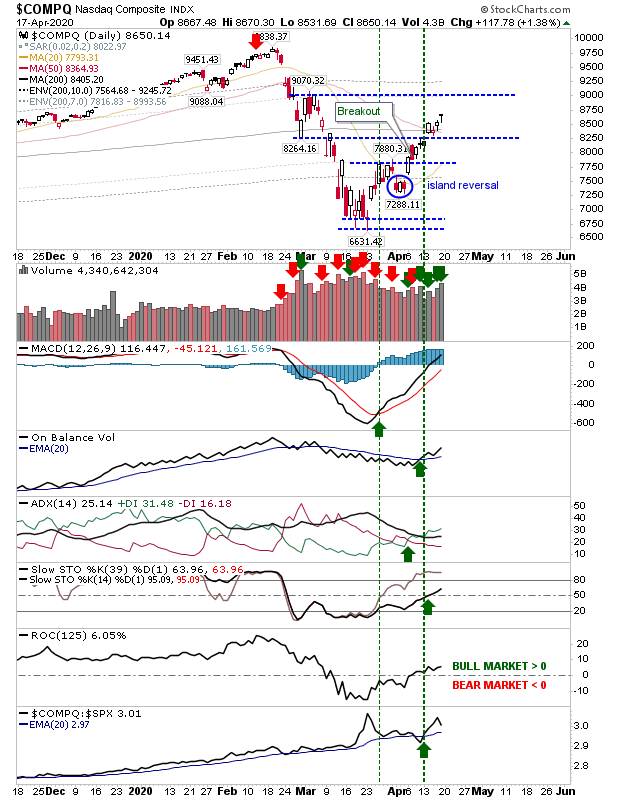 The one index which does need a strong week is the Russell 2000(NYSEARCA:IWM). It still has to negate the ‘bull trap’ – and it’s an index which remains in trouble even though it’s still in bounce mode. Relative performance of this index is poor. The ‘bull trap’ in February ended up been a harbinger of worse to come, will April’s do likewise? 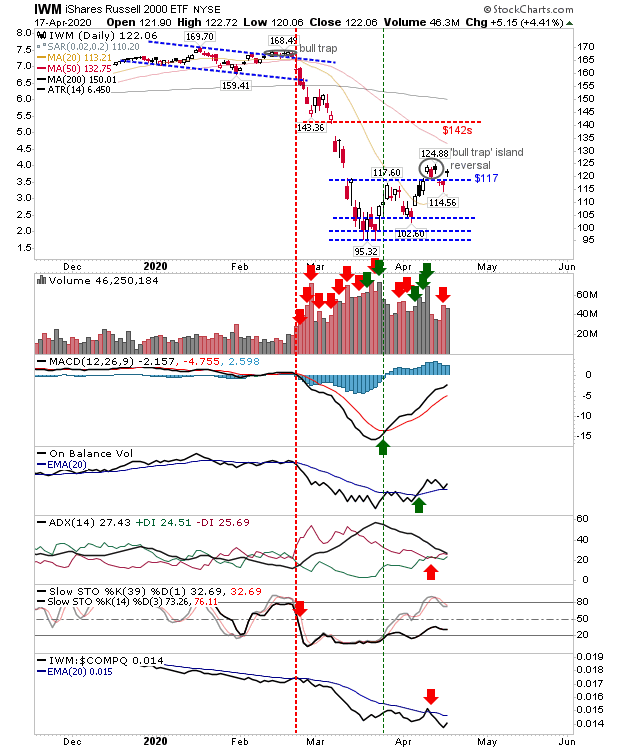 While the bounce looks good on paper, with a large relative return off lows, it still has much work to do to write off the Covid sell off – something which feels very early to be doing – not at least until there is a vaccine (perhaps bundling it with the MMR vaccine for the anti-vaxxers).