There wasn’t much to attract interest but the Russell 2000 managed to stick its head above the parapet with a solid gain.

The Russell 2000 was left just shy of challenging trading range resistance.  Other indices are trading in a tight range which builds tension for a reactionary move; given what’s happened in Small Caps, a breakout higher is perhaps favored.

The Russell 2000 (NYSEARCA:IWM) cleared inner resistance of the ‘bear trap’ and brought the index to trading range resistance. Tomorrow, watch for a consolidation at 1,420 before the Russell 2000 pushes higher. 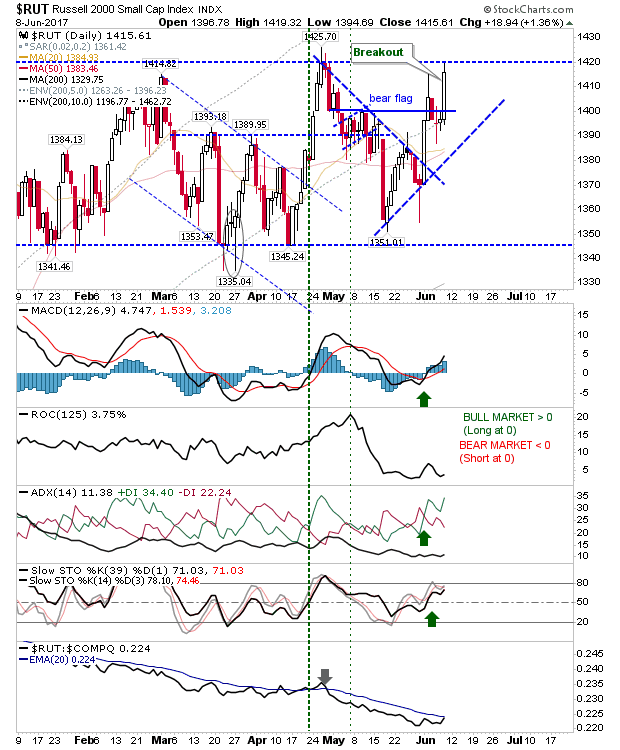 The Dow Jones (NYSEARCA:DIA) had looked ready to follow with a new confirmed breakout, but it gave up ground by the close of business. Lead supporting technicals are net bullish with the exception of relative performance against the Nasdaq 100. 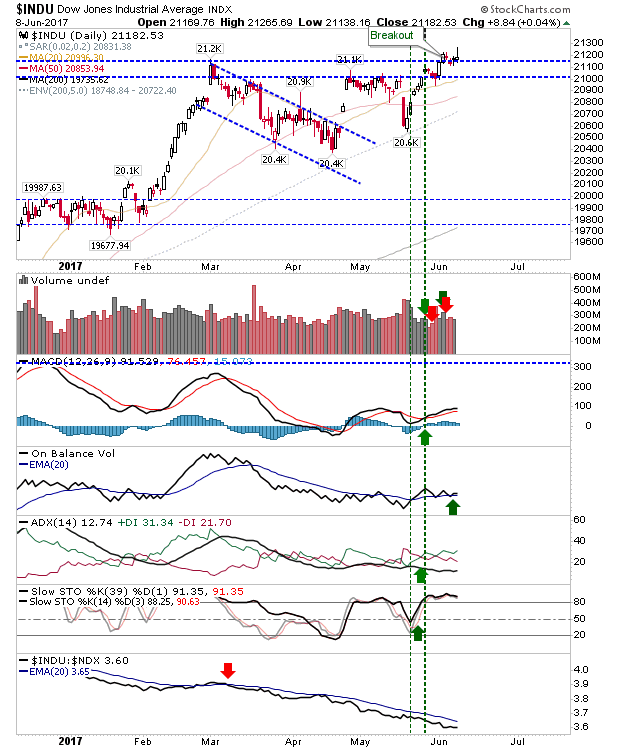 The S&P (NYSEARCA:SPY) traded an indecisive spinning top on higher volume accumulation. However, while price action was muted relative performance against Small Caps has taken a sharp move south; money is rotating out of safety-first Large Caps to more speculative Small Caps – a move which favours bulls and long-term stock holders. 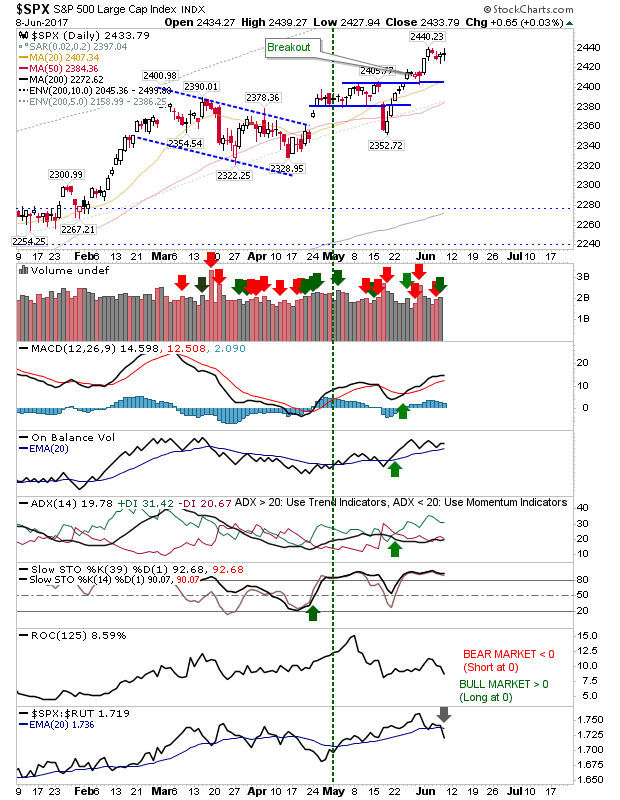 The Nasdaq(NYSEARCA:QQQ) poked his head to new highs on higher volume accumulation. While it technically could be viewed as a breakout there wasn’t really enough momentum to rate it as such. Relative performance remains strong.