After drifting towards a period of under performance relative to the S&P and Nasdaq, the Russell 2000 was finally able to post same gains to at least stall the weakening momentum.

The Russell 2000 was able to make its stand at its 20-day MA on higher volume accumulation. However, it still has ‘sell’ triggers in the MACD and On-Balance-Volume. 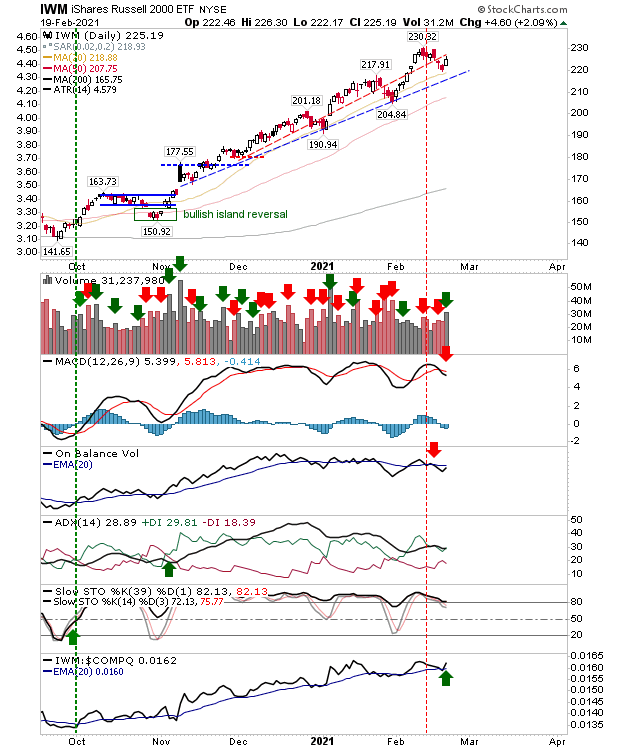 However, there wasn’t much change in the Nasdaq or S&P.  The Nasdaq was also able to bounce from its 20-day MA, leaving only a ‘sell’ in its MACD. 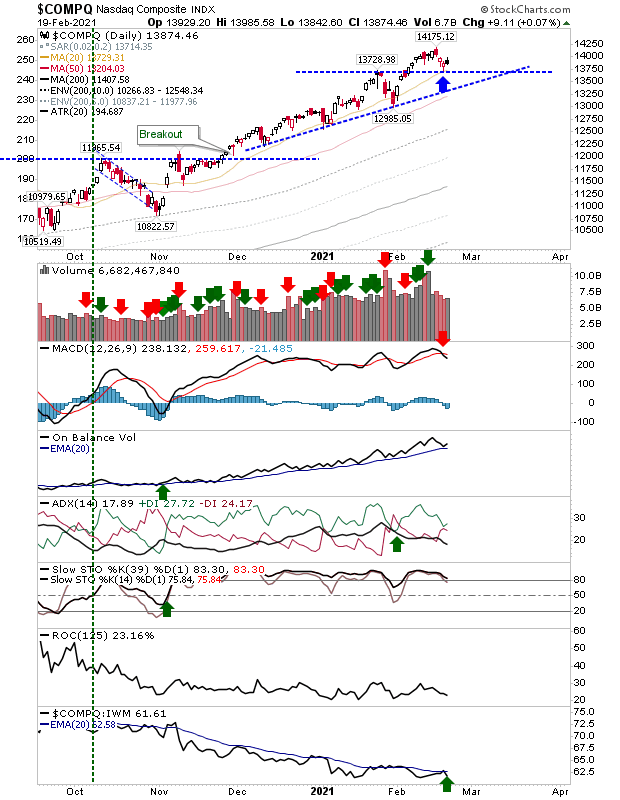 The S&P didn’t experience a big % change, but it did experience confirmed distribution with a ‘sell’ trigger in On-Balance-Volume.  Despite this, support remains. 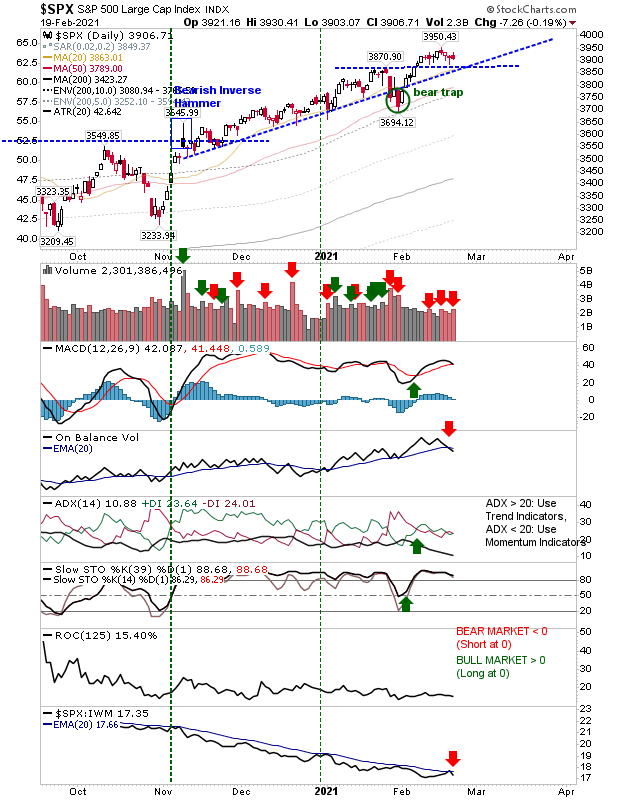 We head into next week with 20-day MAs holding as support across indices. Intraday ranges have been very narrow, so expect anything above 1% to be reported as a “surge” or “collapse”, but the general trend has been higher and it’s going to take quite a bit of selling to change that.
Originally Posted in Fallond Picks