Sellers Return to Market on Monday

Sellers made a return after a couple of days of gains; losses were light and on small volume but there was no desire to take markets to new all-time highs as profit takers were the more active parties.

Shorts will have had a chance to take a position to then sit and see what happens – but any new high would quickly see those trades run for the hills.

Shorts will be riding the S&P (NYSEARCA:SPY)MACD ‘sell’ trigger and index relative underperformance, with a stop above 3,155. 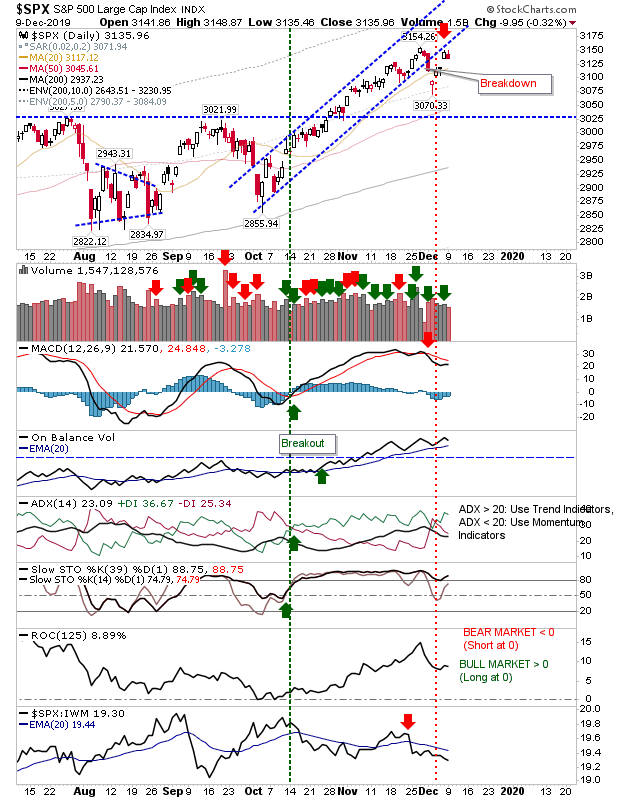 The Nasdaq (NYSEARCA:QQQ) had managed to post some early gains after finishing with an eventual loss. Like the S&P it has a MACD trigger ‘sell’ to work but a stop to new all-time highs would be broader than that for the S&P.. Selling volume was light. 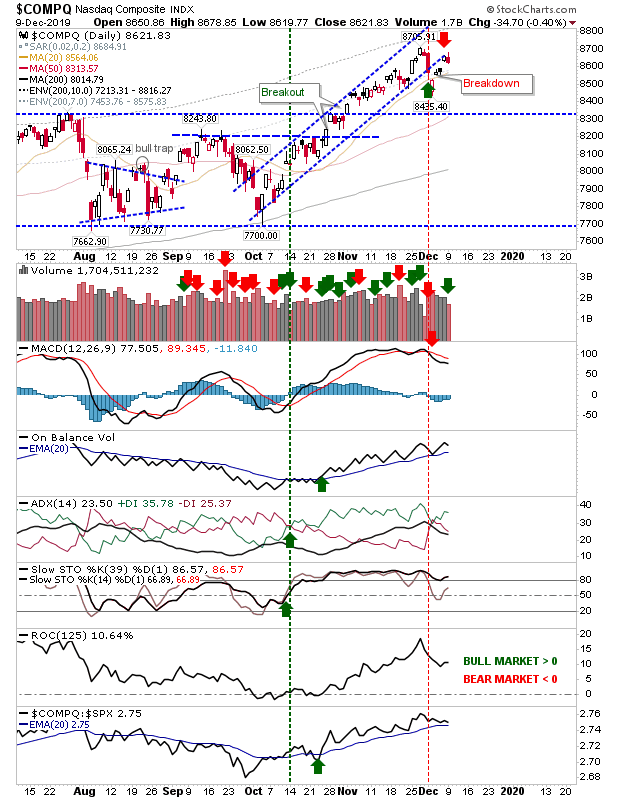 The Russell 2000 (NYSEARCA:IWM) was the only current index to finish inside the rising channel with the smallest of losses. There was also a MACD trigger ‘buy’ to reverse the earlier ‘sell’ trigger. Technicals are all bullish and the index remains the best one to benefit from any buying this week. 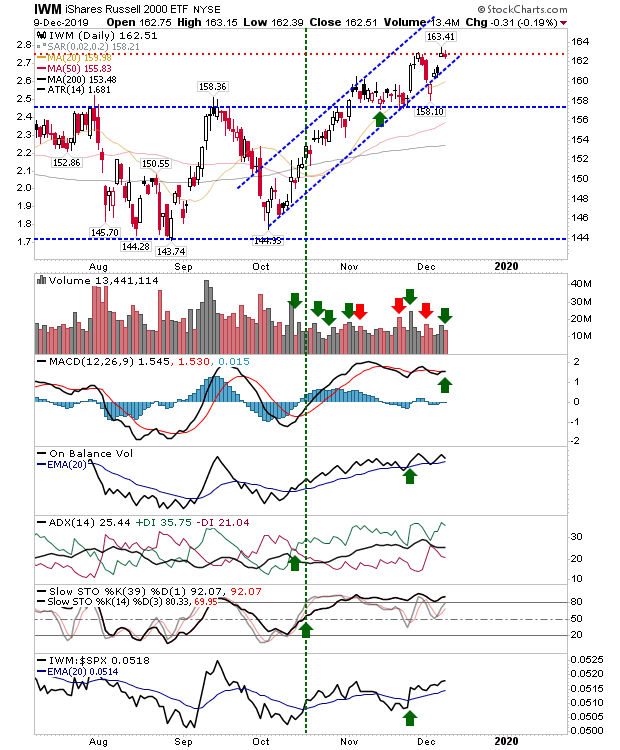 I’ve already commented on my expectations from the the weekly time frame and these still look to be dominant despite it been early in the week.