We started to see a little easing as indices approach September highs.

Ideally, we would like to see some sideways action or ‘handle’ to consolidate gains from the reactive rally off September lows, so if things go quiet here I wouldn’t be too concerned.

For the Nasdaq(NYSEARCA:QQQ), selling volume eased in contrast to yesterday’s higher volume accumulation. Technicals are all net positive, including an uptick in relative performance against Small Caps.  Tech stocks are looking to regain their mojo, which is good news for Tech stock holders looking for new all-time highs. 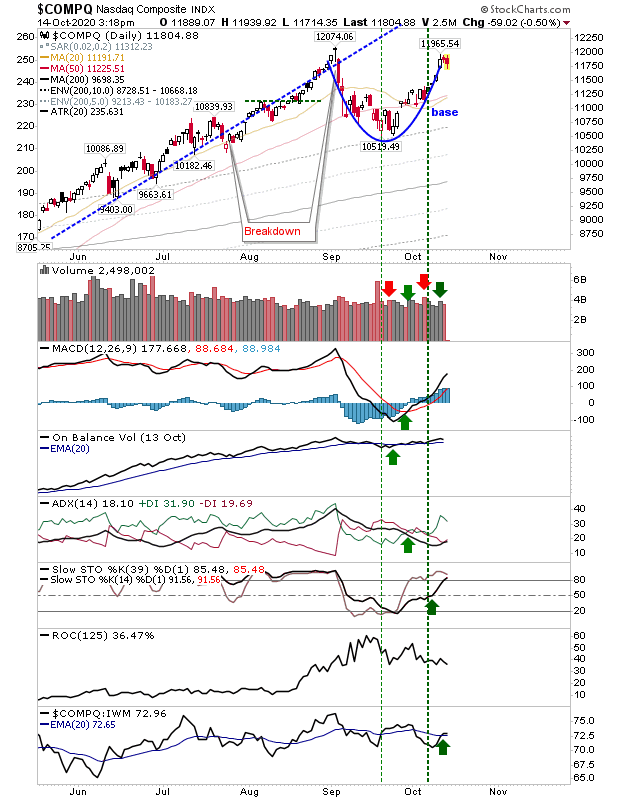 The S&P(NYSEARCA:SPY) experienced a second day of selling on higher volume distribution. While the S&P is fast approaching its September high and enjoys net positive bullish technicals, it’s losing relative ground to both the Nasdaq and Russell 2000. Large Cap holders don’t have a strong reason to sell, but they are missing the party in Tech stocks. 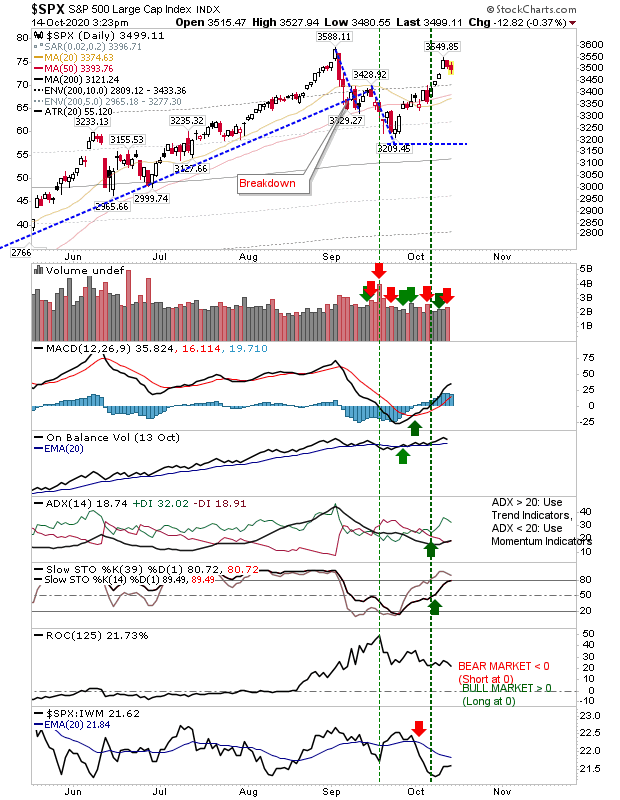 The Russell 2000NYSEARCA:IWM) had already breached its September high – but not yet its all-time high – as it starts to ease back to let other indices ‘catch-up’ with it. Sellers did not dominate with volume well below prior buying. There was a relative under performance to both the Nasdaq and S&P, but there wasn’t any real damage done to the bullish breakout. 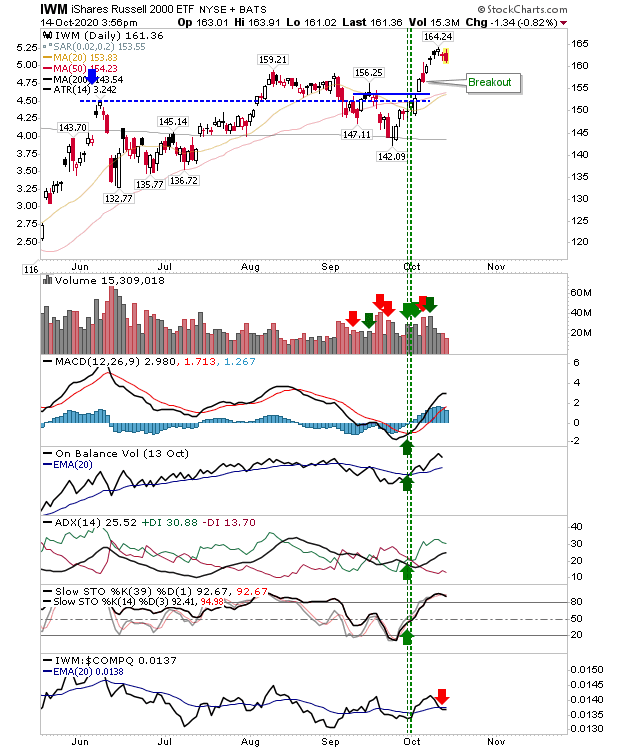 Today’s action retained the bullish momentum of the indices without registering a gain on the day. Obviously, we don’t want to see selling expand in percentage loss or increased volume, but action like today is not immediately bearish.