Friday’s action saw a small loss against what was a positive week for indices.

Volume was light, reflecting a lack of conviction on the part of holders to want to take profits.  Although it was probably more a case of a break in buyer activity, for what was a gradual increase in trading volume for 2020  as Traders work their way back from holidays.

The S&P (NYSEARCA:SPY) remains in good shape as relative performance picks up the pace. The MACD is a little flat but other technicals are looking good. 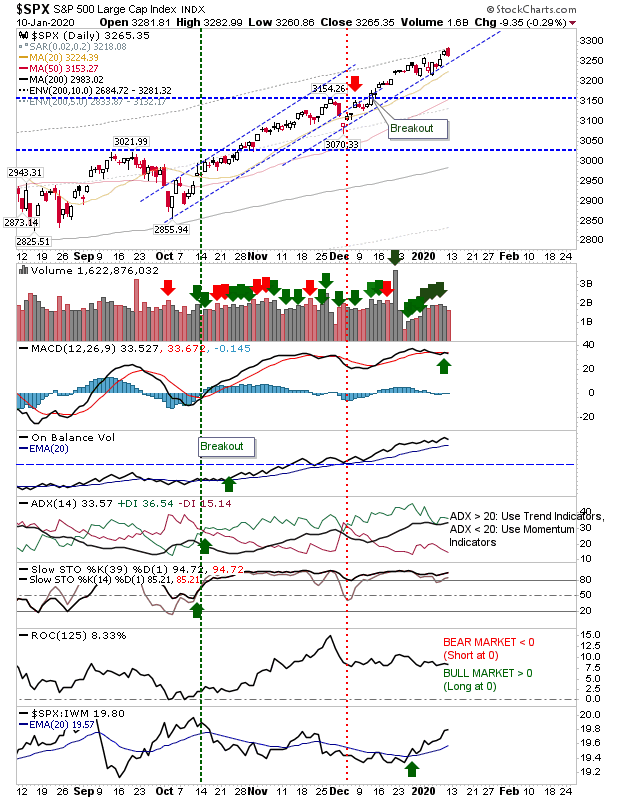 The Nasdaq(NYSEARCA:QQQ) also had its loss, although this occurred at channel resistance. Given this rally has been running since the start of October I would be hesitant in seeing this as anything other than just a pause until there is a downward break from the channel. 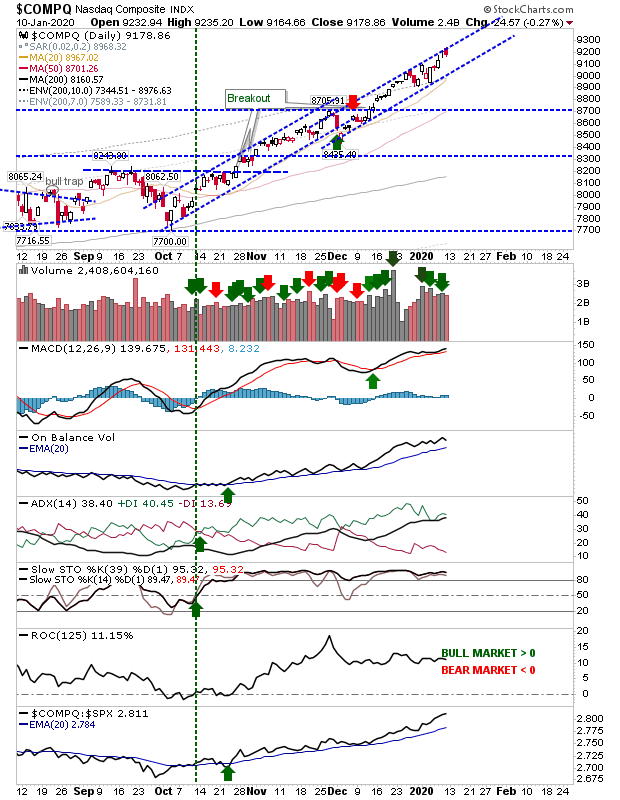 The Russell 2000(NYSEARCA:IWM) is broadening into a sideways pattern, but is holding near the upper level of the October rally and above the swing high of $162.33 for $IWM. The MACD is on a well established ‘sell’ trigger but other technicals are good, although relative performance against the Nasdaq is accelerating downwards – much of it relating to strength in the Tech stocks rather than any particular weakness in Small Caps. 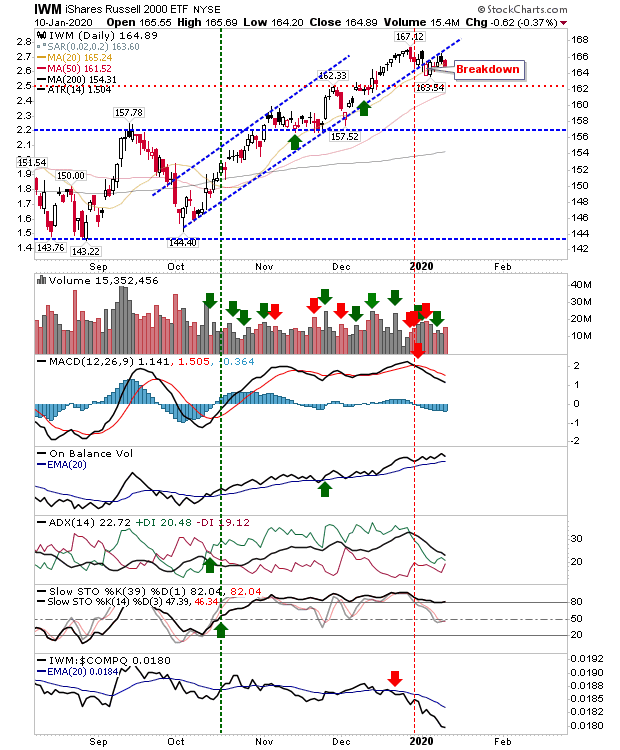 Worst case scenario would look to be a sideways expansion which could whipsaw new trades. But if you bought in anticipation of a Santa rally back in the Fall, then there is no reason to be selling just yet.