However, is this the start of a new bullish breakout swing or just another bull trap in an ongoing downtrend?

Let’s chart the breakout – note the hidden resistance above 1,900 to watch – and put it all in the context of today’s Federal Reserve announcement yet to come. 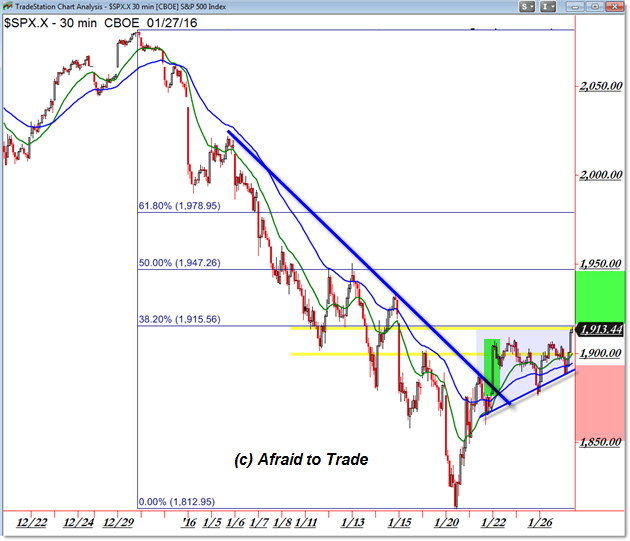 A quick glance at the chart above shows the ongoing downtrend and possible short-term reversal for the S&P 500(NYSEARCA:SPY).

A V-Spike Pattern thrust price higher on January 20th and price fully traded up – as expected – toward the 1,900 level.

We’re seeing price pierce 1,900 and impulse higher but let me draw your attention to the “hidden” resistance.

The 38.2% Fibonacci Retracement level – a target which is serving as resistance at the moment – is 1,915.

Keep these simple levels in mind as we await the Fed’s “We’re Not Raising Rates Anytime Soon” announcement.